A community artist is sewing pieces of denim jeans into a portrait of a Sikh man who is repeatedly cropped out of a historical photograph depicting the aftermath of the Anti-Asian Race Riots of 1907.
Deanna Cheng Jul 21, 2015 4:56 PM 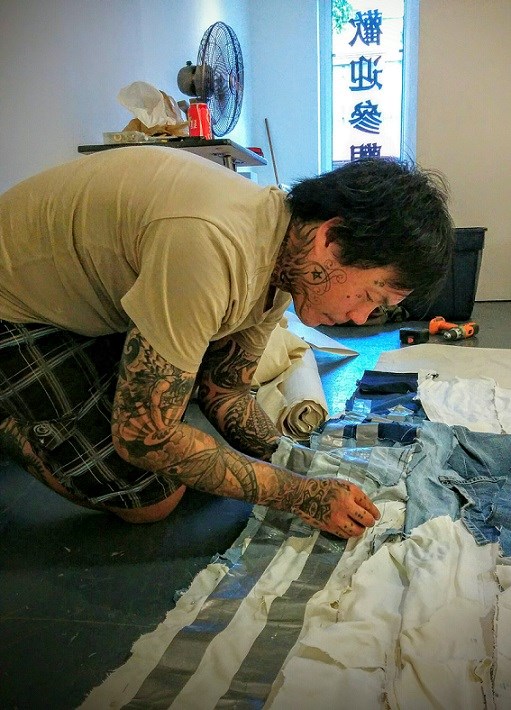 A community artist is sewing pieces of denim jeans into a portrait of a Sikh man who is repeatedly cropped out of a historical photograph depicting the aftermath of the Anti-Asian Race Riots of 1907.

Yule Ken Lum is one of three artists re-imagining and re-capturing the South Asian history in Vancouver's emerging Chinatown. Part of the Indian Summer Festival, the "Goonj! Being Brown in Chinatown" exhibition speaks up for those early Canadians who were muffled by colonial voices. "Goonj" means echo in Hindi.

Photographs of Sikhs crossing Main Street by the old city hall on East Hastings Street shows an "everyday" sense yet postcards and political cartoons of the time are filled with the "exotic" South Asians.

One particular cyanotype photograph shows a Chinese storefront with glass windows broken, a shop called China Provisions. A police officer stands in front while a woman peers out cautiously by the doorway. A Sikh man stands on the far right side of the photograph.

Lum's denim portrait is based on this Sikh man.

Centre A's executive director Tyler Russell said the race riots are normally attributed to racism towards the Chinese and Japanese but the one in 1907 was about the South Asian community in Bellingham, Washington.

On Sept. 5, 1907, the Anti-Asian League in Bellingham went from sawmill to sawmill, said Russell, and chased out the South Asian labourers all the way to the one place in Vancouver where "people of Asiatic descent" could live. The South Asian community in Vancouver accepted these labourers.

"There's a direct correlation," Russell said. If the riot in Bellingham didn't happen, then the one in Vancouver wouldn't have happened.

"Photos of the aftermath show South Asian men in them but often times, these photos cut off the men."

Lum said the portrait matters. "It's a very Canadian story. Like how the Chinese Canadians had their problems coming into Canada from the very beginning, with the head tax and all."

Born in Vancouver, the 40-year-old can't fathom the conditions, obstacles and racism of the time.

"What I've noticed is how it's happened to other groups of people. Then you feel like you want to do something. Say, 'Hey, I noticed. This ain't cool.' You know it's wrong and you want people to know where you stand. Where I stand." 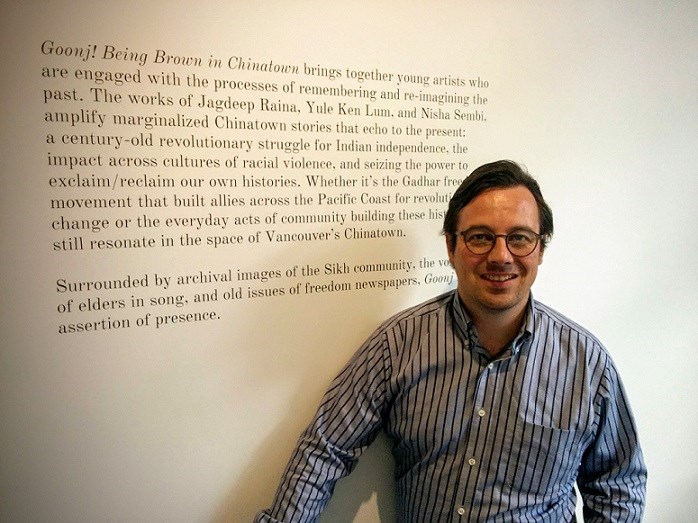 The act of sewing and the denim material are a tribute to Lum's mom.

"I always knew she was a seamstress and I remember when I got my driver's licence, I would drive her to work and pick her up as well." She sewed jeans specifically.

The artwork is also a tribute to the blue-collar work immigrants did to survive. The manual labour Lum put into this project has given him a better appreciation and respect for the work his mother did.

He wants young generations to take away, from his artwork, the nostalgia and work ethic of his parents, other parents and the new Canadians of that era. The artist wants an awareness of how important it was for that particular generation to paint the road for everyone else for all cultures, not just Asians.

The other two artists will use paint and charcoal in their work. No fabric.

An event handout explains Gadhar was an early 20th Century Pacific Coast movement for Indian Independence. South Asians fought against the British colonialism in India and, later on, for their rights in North America. 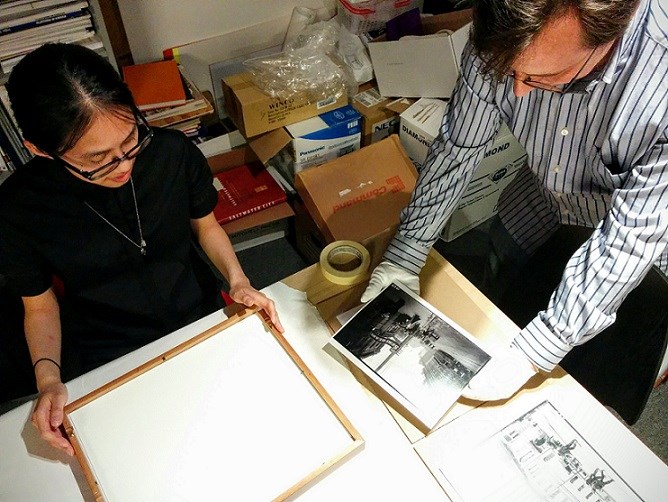 Toronto's Jagdeep Raina is mining the federal archives to find evidence of South Asians in Canadian history. Later, he paints and draws those photographs. It's an assertion of presence through his work. Two of his charcoal pieces will be displayed.

The public gallery is a space for hard cultural work, the identity struggle, the struggle for voice, and the subtler questions of cultural development and coexistence, said the director.

Russell said it's absolutely vital we have a pluralistic and democratic society. "That doesn't come cheap. We have to fight for it."

The exhibition is on at 229 East Georgia St. from July 18 to August 15. Lum will be sewing the denim portrait at the gallery from Tuesday to Saturday until it is complete.

Burnaby’s first ever month-long Halloween festival is happening this October
Sep 30, 2022 9:00 AM