Founder of popular B.C. cheese business falls to his death in mountaineering accident

Vancouver Island cheese maker and farmer Clarke Gourlay has died in a mountaineering accident on while aiming for the peak of Mount Donner in Strathcona Provincial Park.
Jul 3, 2019 6:52 AM By: Carla Wilson

Vancouver Island cheese maker and farmer Clarke Gourlay has died in a mountaineering accident on while aiming for the peak of Mount Donner in Strathcona Provincial Park.

He fell and was killed on Saturday, June 29 while on a climbing trip with friends.

Bolstered by his strong Christian faith, Gourlay’s varied interests and passions took him to locations such as Central Asia, Europe, Africa, and South America. With wife Nancy and sons Raymond, John and Kevin, he settled outside Parksville to found Morningstar Farm and the Little Qualicum Cheeseworks. He was also a partner in Mooberry Winery. 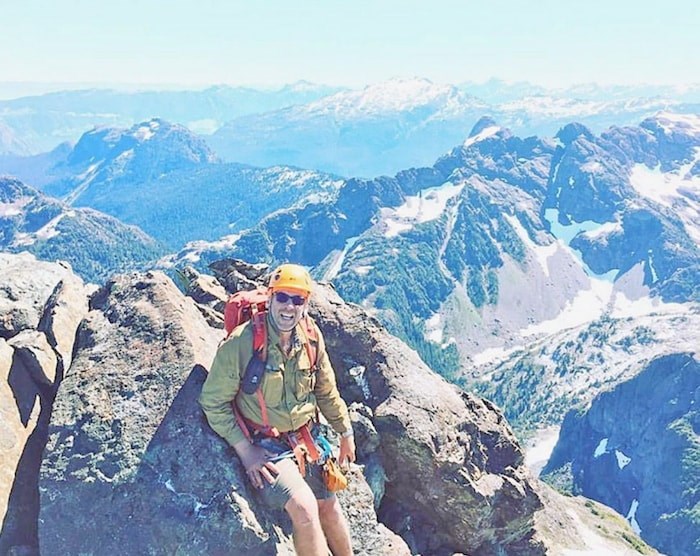 Ontario-born Gourlay, 55, served on the Agricultural Land Commission and was elected for the first time in October as a director on the Regional District of Nanaimo.

Raymond said his father’s faith infused everything he did. He described his father as a proponent of justice and a community advocate who was committed to environmental practices.

Gourlay graduated from McGill University with a bachelor’s degree in political science and a minor in Islamic studies. He later completed a master’s degree in leadership and management. Nancy and Clarke were married in 1989 and headed to Turkey to establish churches, Raymond said.

When the Gulf War broke out, Gourlay met Iraqi refugees in Turkey and joined Medair, a humanitarian aid organization, in administration. From there, the young family moved to Lausanne, Switzerland, still with Medair.

They relocated to Kabul, Afghanistan, in 1997-1998 where Gourlay represented Medair, said Raymond, who recalls playing with local children and being home-schooled by his mother.

The Gourlays next decided to return to Canada where they mapped out plans to open a cheese-making business. In 2001 the family launched their business on rented land at French Creek and bought their current 90-acre farm in 2004.

They started a farm and cheesemaking operation without a history in the sector. “It’s really an extreme amount of work and responsibility. They did not have any background, experience or training in the industry. They were learning as they went. They were just figuring stuff out,” Raymond said.

He said his father had the audacity, courage and risk tolerance to take on the challenge one step at a time.

Little Qualicum Cheeseworks, which has 30 employees in the summer, is an Island success story. Its products are sold throughout the province, produced from milk from the farm’s 50 cows. It is believed to have been the first B.C. farm to sell milk on tap.

Frank Leonard, former chairman of the Agricultural Land Commission, said Gourlay was a “rising star” who “was successful at everything he did” and saw the best in everybody. After serving on the commission, Gourlay looked for another way to serve the community and decided to run for a seat on the Regional District of Nanaimo board last year, putting in hundreds of hours knocking on doors, said Raymond, who helped in his father’s campaign.

Nanaimo Coun. Ian Thorpe, chair of the regional district board, said that he got to known Gourlay after the election and “quickly came to like him and respect him and value his contribution to the Regional District of Nanaimo.”

Gourlay was hard-working and approachable and had recently agreed to chair a new Oceanside services committee, Thorpe said.

Mountaineering was a constant thread through Gourlay’s life, turning into a serious passion in the past decade. “He always had a strong connection with the natural world,” Raymond said.

Last year, sons John and Kevin and their father reached the summit of Denali, Alaska, the highest peak in North America.

Gourlay has climbed dozens of peaks around B.C., as well as some of the highest peaks in the world, and was working through Vancouver Island mountains that were more than 6,000 feet high. Peaks he reached include Aconcagua in Argentina, Mount Blanc in the Alps, and Mount Kilimanjaro in Tanzania.

On Saturday, Gourlay was hiking with friends towards the summit of Mount Donner. The group split up to find the best route and Gourlay ended up on “dicey terrain,” Raymond said. Unable to go forward, it appears he decided to turn around and fell to his death.

Campbell River Search and Rescue arrived the next morning to take his body out of the area.

The family says that instead of flowers, donations to Campbell River Search and Rescue would be appreciated.

Karun Thanjavur, a member of the executive committee of the Vancouver Island section of the Alpine Club of Canada, praised his friend’s generosity, sense of humour, love of family and commitment to safety when climbing. “He would take all the right precautions. He had all the right gear.”