The Rundgrens celebrated their first anniversary with a Halloween-themed party with family and friends at their South Vancouver home. More than a decade later that party has grown into The Halloween House of Horrors — a family-run haunted house walkthrough with animatronics and actors.
Elisia Seeber Oct 9, 2019 8:00 PM

It’s not unusual for a couple to have a special way to celebrate their love for one another.

For Shawn and Trina Rundgren, that special way is “scaring the crap out of people.”

The Vancouver couple got married Oct. 31, 2006, and each year their anniversary has been spent a little spookier than most. 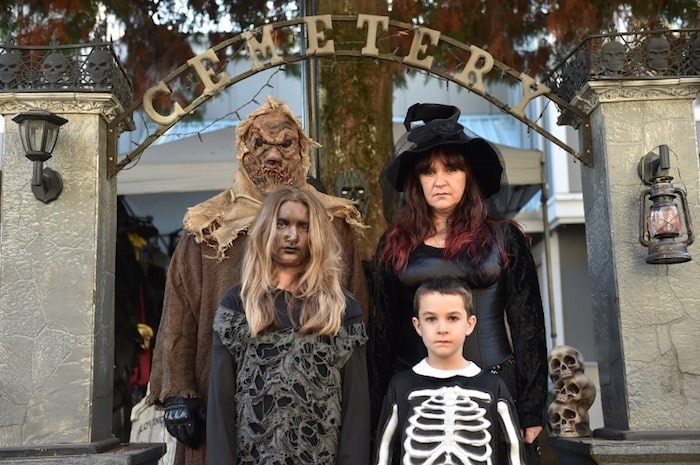 Every Halloween season, the Rundgrens turn their South Vancouver home into a haunted house, complete with animatronics and actors. Photo by Dan Toulgoet.

There are two reasons why they chose the day dedicated to remembering the dead to pledge their love to one another.

“First and foremost we both love Halloween and the fun of it all,” Trina says.“And secondly, for a little bit of a spiritual reason.”

Since both of the couple's grandfathers passed away before the wedding, Trina says it was a way to include them in the celebration.

“All Hallows’ Eve was considered a night that the spirits of the past could roam the earth,” she explains. “So we picked that night to let all of our family be with us.”

The Rundgrens celebrated their first anniversary with a Halloween-themed party with family and friends at their South Vancouver home. More than a decade later that party has grown into The Halloween House of Horrors — a family-run haunted house walkthrough with animatronics and actors. 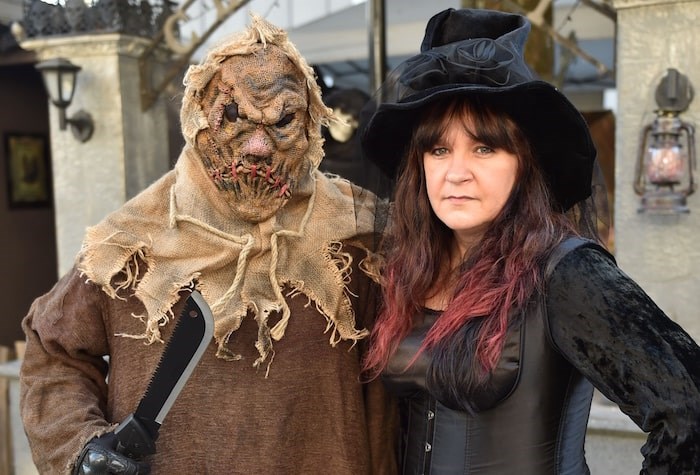 “We started decorating the yard a bit more each year and people started commenting on it,” Trina says.

“We got to a point where we had so many decorations that we didn’t really have the ability to just display it...It really had to become something more.”

The couple now enclose their garage and build a tunnel walkthrough that’s sure to scare the bejesus out of visitors.

“It’s quite scary. It has a little bit of everything — it’s gory, it’s spooky, it plays on a multiple of different fears,” Trina says. “I want to keep it a bit of a surprise but based on reactions from friends and family, I’d say the scare factor is a seven out of 10.”

While many people go to Fright Nights and Potter’s House to celebrate the Halloween season, Trina says she wanted to highlight the smaller haunts in Vancouver neighbourhoods.

“We like being able to provide something for the families to do that is a little more low key,” she says. “We don’t charge a fee but rather we ask for food or cash donations for the Vancouver Food Bank.”

Last year the couple collected more than 200 pounds of food and around $300 for the charity.

The mother of two says people may judge how she and her husband celebrate their love, but she wouldn’t have it any other way. 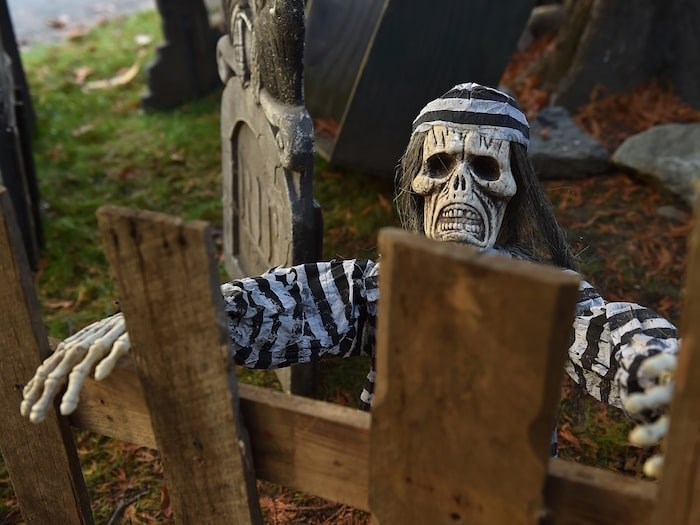 The haunted house walkthrough’s scare factor is 7 out of 10. Photo by Dan Toulgoet

“It’s definitely a family affair for us now. It’s not only a great way that Shawn and I connect and celebrate our wedding and marriage, but the kids are involved and they love it and every year it gets bigger and bigger,” Rundgren says. “We love having all the kids in the neighbourhood here screaming and laughing and running around.

This year, the haunted house operates the weekend prior to Halloween on Friday, Saturday, and Sunday, and then again on Halloween night.

The house is located in South Vancouver at 2270 Skipper Place.

Find out more information about dates and times here.

Looking for more haunted fun? Be sure to check out the scary walk-through haunted house with actors at the Anmore Manor, which was ranked the #1 walk through haunt in Canada.