Laurence Olivier once said that “ in a great city, or even in a small city or a village, great theatre is the outward and visible sign of an inward and probable culture “.
0
Nov 10, 2011 1:18 PM By: Sarah Szloboda

Sometimes it's hard to say what made a show so great. Sometimes it's a brilliantly executed script, and at other times it's the show lacking polish that is most full of resonant moments. When seeing one of the many fall/winter theatre offerings in the city, it's sometimes the chance to grab a drink and talk about what worked (or what didn't) that makes the experience more personal and in that way is one of the many reasons live theatre is unlike any other medium.

This week, the gripping and fantastic Re: Union (by Vancouverite Sean Devine) continues at Pacific Theatre. Screaming Weenie's latest provocative and emotional Falling in Time continues at Performance Works. The Margaret Atwood penned The Penelopiad, The Arts Club's latest fare, features an incredible all female cast. Also on this week, The Firehall pays homage to the men and women who have lost their lives or loved ones to war with a special Remembrance Day performance of VIMY tomorrow Friday, November 11. The play, called “a sincere work about awful sacrifice”, tells the story of a nurse who mourns her lost love while caring for four wounded soldiers in a field hospital soon after the Battle of Vimy Ridge during the First World War.

Also continuing this week is Headline Theatre's Us and Them: 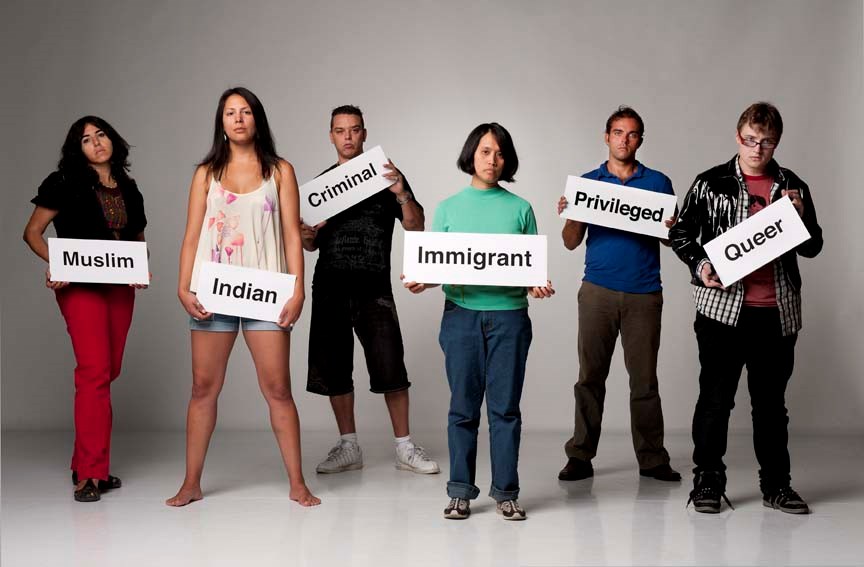 Before I talk a bit more about Us and Them, I think it's important to never forget how important a good publicist can be to a production.  To use this experience as a most recent example of this point,  with the amount of press releases I get in a day I likely would not have attended this production initially.  After a few more polite but urgent personal emails from their publicist I realised the only way to make them stop was to go.  Even after the show, her bubbly personality and specific compliments to the production were a nearly perfect pitch.  I wish I could say that after attending, I realised the error of my initial aversion to the event...but that was not the case.  Oh well.

I found the script akin to a highschool awareness skit, and though the piece aimed to bring awareness I was offended by the simplified portrayal of  the many plights of our community members.   This is all not to mention the extra 45 minutes added to the piece attempting to showcase Artistic Director David Diamond's intelligence and empathy while he belittled audience members' ideas in the post-show forum, which was unfortunately the nail in the coffin.

That aside, I can absolutely appreciate the intentions of the work.  It is clear that Headlines Theatre has made a concerted effort to create works from a group mind, and that has earned them the financial backing not usually synonymous with theatre.  The production value was high as lighting/sound design was extraordinary, and it was clear that the community members attempting to fill the one dimensional lines had put a lot of time and heart to fill the night.  I am also very aware based on the size of the crowd, and the discussion that followed, that many benefitted from the night...and that can be just as or more important than any of its short comings.

As always, stay in touch on Twitter @viaplays, or at cuetocue@vancouverisawesome.com