Movies, live music, theatre, and other entertainment options in Vancouver face a very uncertain future
May 8, 2020 6:07 AM By: Tyler Orton 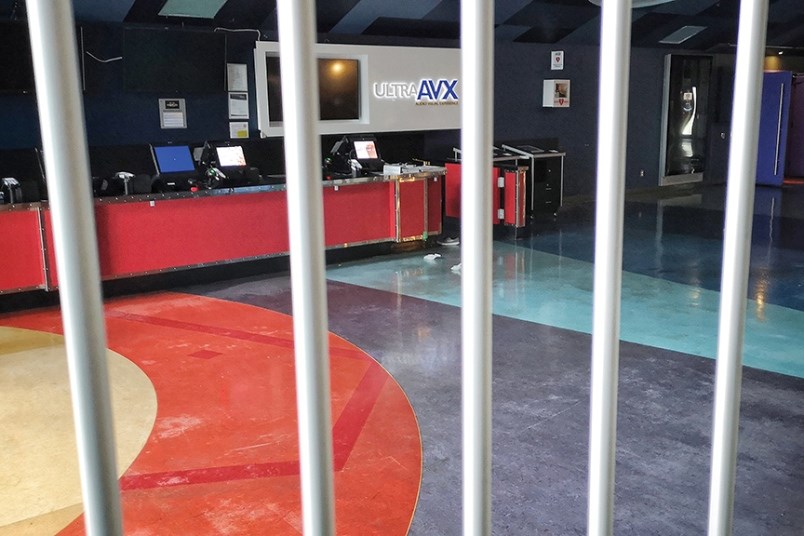 While the cinema can transport audiences into strange worlds, visits will likely feel even more surreal for patrons who begin returning to theatres following March closures brought on by the pandemic.

The B.C. government hasn’t set a date for allowing mass gatherings beyond 50 people, and the Cinematheque’s Ben Shockey isn’t “predicting that we’re going to have people banging down the doors immediately when we reopen.”

Instead, the acting managing director of the downtown Vancouver theatre and film institute said, audiences should expect below-capacity seating as well as spaces between individuals in the seats.

Staff and volunteer will also likely be donning personal protective equipment (PPE), and he said such gear may even be required of patrons who wish to visit, though plans have not been finalized.

But the theatre intends to implement new cleaning and hygiene practices and will even have to determine how visits to the bathroom will work if patrons are expected to physically distance.

Shockey said it’s unclear whether the cinema will be serving popcorn and other treats at the concession stand when moviegoers begin trickling in.

“We are not in a rush to reopen. We are going to reopen when we feel confident and ready. That may be a few weeks from now or that might be a few months from now,” he said.

“That’s going to be guided by not only what the province tells us but how we feel about our ability to provide a great experience.”

A few blocks away on Seymour Street, cinemagoers at Vancity Theatre will likely find transparent partitions dividing concession-stand workers and ticket-handlers from the public.

Concession payments will have to be cashless to minimize contact with staff, and tickets will be scanned in a way to maintain physical distancing, according to Kyle Fostner, interim executive director of the Greater Vancouver International Film Festival Society.

Fostner said an announcement regarding VIFF, scheduled for the fall, will be made in the coming weeks.

“We’re still looking at having a festival, and we’ll look at following the public health authorities’ guidance as to whether or not it’s likely to be an online festival or in-person festival.”

Fostner added that he doesn’t expect attendance to match projections made in January if an in-person festival comes to fruition.

The theatre itself will also look markedly different for longtime attendees, with the atrium undergoing renovations that will move the concession stand and add a second screen to the theatre.

“We’re all adapting and learning how this feels together in real time, and our top priority at VIFF is to do what we can to keep our team together and keep the community together,” Fostner said.

City-owned Vancouver Civic Theatres, which operates venues such as the Queen Elizabeth Theatre and the Orpheum, said in a statement to Business in Vancouver that it’s continuing to work with partners on planning.

It did not provide details on what those plans would entail when asked via the City of Vancouver’s communications department.

“For the nightclub, festival and concert side, things don’t look very rosy for 2020,” said Nate Sabine, director of business development for This is Blueprint Management Ltd.

The company manages clubs and bars across Vancouver such as Fortune Sound Club and the Colony chain of pubs.

It also promotes concerts and operates the annual FVDED in the Park music festival.

Sabine said when the night-time economy begins to return, patrons can expect establishments to feature an abundance of PPE, sanitization stations, strict cleaning schedules and partitions where needed.

“We’re hoping that we can see some small-capacity reopenings in the next few weeks but continue to follow the direction by the [Provincial Health Services Authority],” he said.

“There’s been no timeline given by the government, but the generally accepted wisdom [is] that large gatherings will be the last thing brought back.”