Vancouver Park Board recently announced a slew of fieldhouse residencies welcoming a new crop of artists, food and garden enthusiasts, and athletes into parks across the city.
Feb 1, 2019 2:29 PM By: Jessica Kerr

Vancouver Park Board recently announced a slew of fieldhouse residencies welcoming a new crop of artists, food and garden enthusiasts, and athletes into parks across the city. 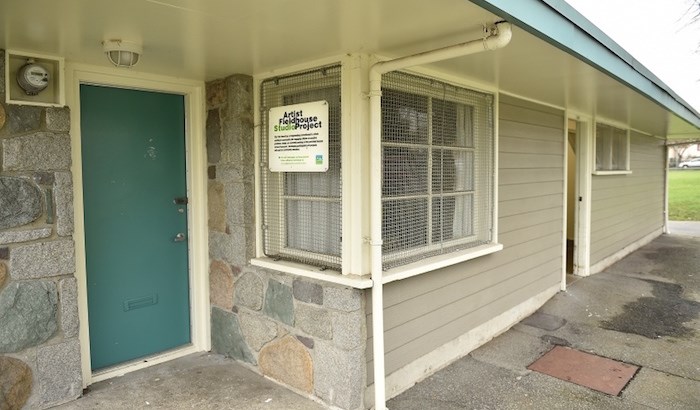 The fieldhouse at Pandora Park will be home to Vines Arts Festival for the next three years as part of Vancouver Park Board’s Fieldhouse Activation Program. Photo Dan Toulgoet

Launched as a pilot project in 2011 in Moberly Park, the Fieldhouse Activation Program repurposes fieldhouses in park giving residents a chance to connect with creative activities in their neighbourhood.

There are about 75 fieldhouses in parks around Vancouver and about 30 of those still house resident caretakers that look after the park.

“The fieldhouses over the years have had different uses,” said Marie Lopes, co-ordinator of arts, culture and engagement. “As they come empty for different reasons… parks operations looks at the situation and whether they’d need to keep a caretaker in that space, or perhaps [put] staff in that space or whether it’s possible to open it up for different opportunities for community.”

In 2011, park board commissioners asked staff to look at unused spaces in parks in the city to see if there were ways to start using them in different ways to benefit the community. The first fieldhouse residency was at Moberly Arts and Culture Centre, a small arts centre with a fieldhouse attached.

The program grew incrementally, Lopes said, and with the six new residencies announced last week totals 23 across the city. It was initially open only to artists but over the years has grown to include sports, the environment, ecology and local food.

“Our fieldhouse residencies are unique for both residents and artists alike,” park board chair Stuart Mackinnon said in a press release. “Across the city we’re seeing inspiring projects centred in our parks that animate and connect our neighbourhoods.”

New this year is:

Lopes said the residencies run on a three-year cycle and the park board requires a minimum commitment of 350 hours of free community engagement throughout the year in exchange for the use of the fieldhouse.

A list of all fieldhouse residencies is available via the City of Vancouver.