Ex-foster kids in B.C. flocking to free tuition at universities

Former foster children are flocking to college and university after the B.C. government waived their tuition fees last year, statistics show.
Nov 19, 2018 7:12 AM By: Lindsay Kines

The number of former children in care taking advantage of the free-tuition program has more than tripled in a year, the Ministry of Advanced Education reports.

A total of 687 former children in care are benefiting from the waivers at 25 institutions. That’s compared with 189 students who received free tuition at 11 colleges and universities before the government expanded the program provincewide in 2017.

“It’s exactly what we were hoping the program would do,” Advanced Education Minister Melanie Mark said in an interview on Saturday.

“Our goal was to open doors, and young people are walking through them. They’re training to be social workers, teachers, doctors. They’re stepping up to get involved in the trades.”

Mark, herself a former child in care who went on to get a degree, said people often underestimate the capacity of youth in care.

“What this means is young people are capable,” she said. “You just have to give them the chance.

“For me, I took the chances that were in front of me, but I needed that encouragement. I needed people to encourage me to walk through the door.”

The program has cost $2.6 million to date, Mark said.

Vancouver Island University was the first school to offer free tuition in 2013 at the urging of then-representative for children and youth Mary Ellen Turpel-Lafond. The Nanaimo-based university continues to lead all institutions, with 83 students receiving waivers this year.

Camosun College is a close second with 76 students in the program — more than double the number it had a year ago.

William Litchfield, VIU’s associate vice-president of university relations, attributes the school’s success, in part, to its growing reputation among students in the program.

“We do a lot of wrap-around services,” he said. “So it’s not just about waiving tuition and hoping that they can find their way through the institution.

“We put in specific resources that help them along the way.”

The school has counsellors and a peer-support navigator who works with the students to make sure they have what they need to succeed.

Litchfield said the students are enrolled in every faculty across the campus.

“We’ve got a pretty wide range of programs at the university, and I think that’s one of the other things that helps is that students can go into mechanics or culinary or welding or they could be in business, music, arts, science.” 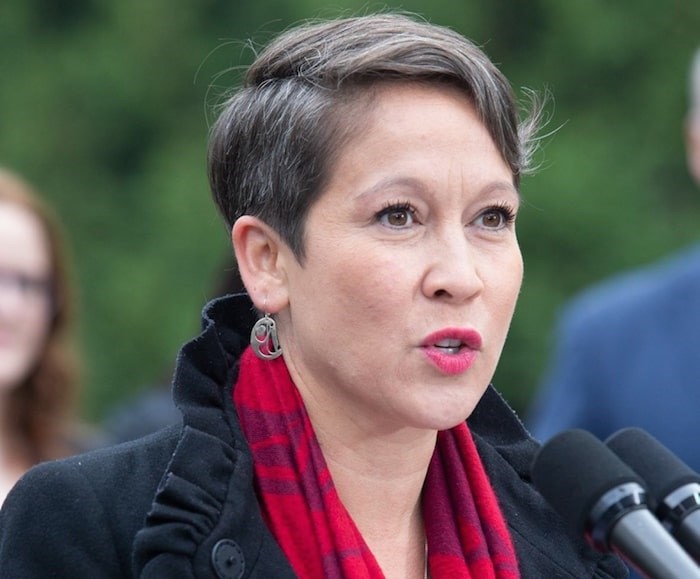 Joan Yates, Camosun’s vice-president of student experience, cited similar factors in explaining why the college’s numbers have jumped. She said a strong Indigenous program also makes a difference, as does the school’s ability to build relationships with students.

“We’re still small enough to do that,” she said. “When your class sizes are on average 35 students, you get to know those students, so you can identify things early on.”

Turpel-Lafond said it’s rewarding to see the growth of a program that she championed for so many years.

“That just goes to show you that if you put a little bit of work on the encouragement and creating the conditions, it works,” she said.

“Primarily, my excitement and happiness is really reserved for the young people that have chosen to go through that door, now that it’s been opened for them.

“They still have to work really hard and I’m sure many of them don’t have the natural advantages that other students even in the university and college have. But I’m just really honoured and excited that they took up the challenge and I don’t think they’re ever going to regret that.”

Turpel-Lafond said she’d like to see the program grow even bigger. “I’d like us to be capturing everyone. But they will be points of light for others.”