Each week we’ll uncover some unusual and (hopefully) interesting facts about the city. This week we take on Granville Street. 1. The city started in Gastown, but blossomed on Granville Street Dominion Photo Co.
Apr 25, 2018 10:00 AM By: Adam Nanji

Each week we’ll uncover some unusual and (hopefully) interesting facts about the city. This week we take on Granville Street.

1. The city started in Gastown, but blossomed on Granville Street 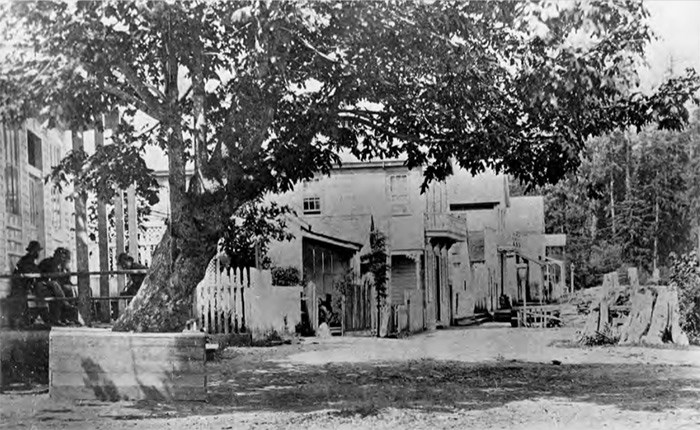 The City of Vancouver started in what's now present day Gastown. In 1870, the colonial government surveyed the settlement, and renamed the new townsite "Granville", in honour of British Secretary of State for the Colonies, Granville George Leveson-Gower, 2nd Earl Granville. Shortly thereafter, the C.P.R. established their most Western terminal on what would become Granville Street.

2. Granville Street was once a logging road that led to the Burrard inlet 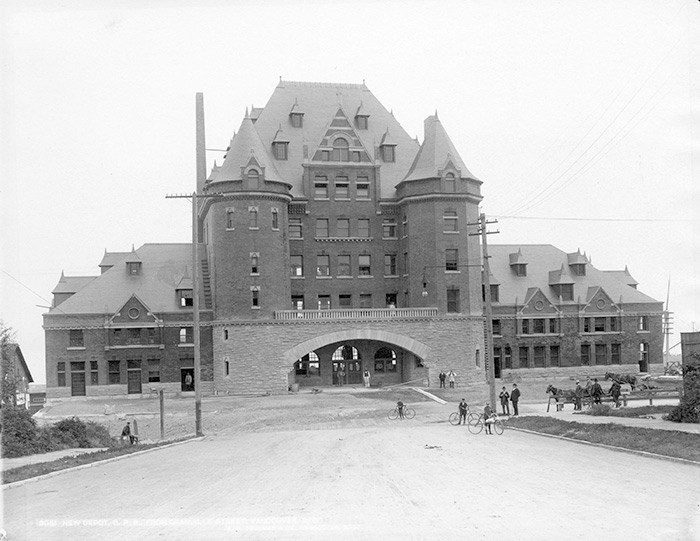 According to DowtownGranville.com, Vancouver's population rapidly increased after the Canadian Pacific Railway constructed their Western Canadian terminal at the north end of Granville Street. As the city began to shift outside of Gastown, the C.P.R. made efforts to develop Granville Street as Vancouver's commercial hub. With these efforts in mind, the C.P.R. opened the Vancouver Opera House (in the present day location of Nordstrom department store), in 1891. 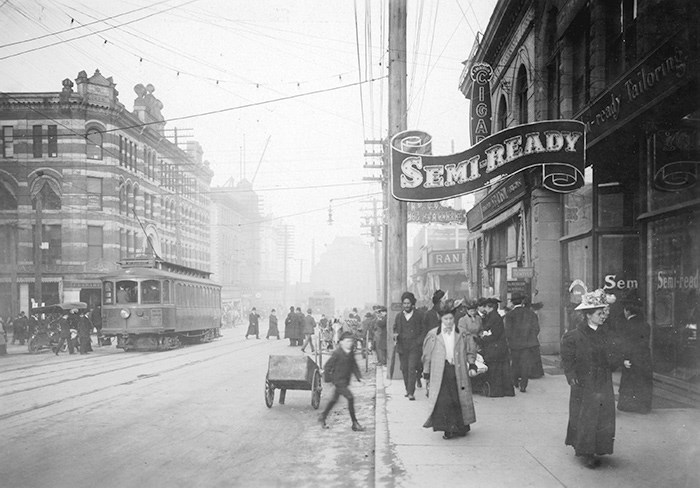 The Opera House started a trend and by the 1920s, Granville Street was brimming with theatres, pubs, restaurants and venues. In the 1920s, theatres would showcase vaudeville acts, films, news reels, musical performances, plays and more. At the time of the Orpheum's opening (1927), daytime admission was approximately 25 cents for adults and 15 cents for children. You could reserve seat for 40 cents a piece.

4. By the 1950s, Vancouver became a neon sign capital of the world

Between Chinatown, Gastown and of course, Granville Street, Vancouver boasted over 19,000 neon signs! It was the second neon sign capital in the world, second only to Shanghai.

5. The "Granville Mall" is the result of a freeway, or lack thereof 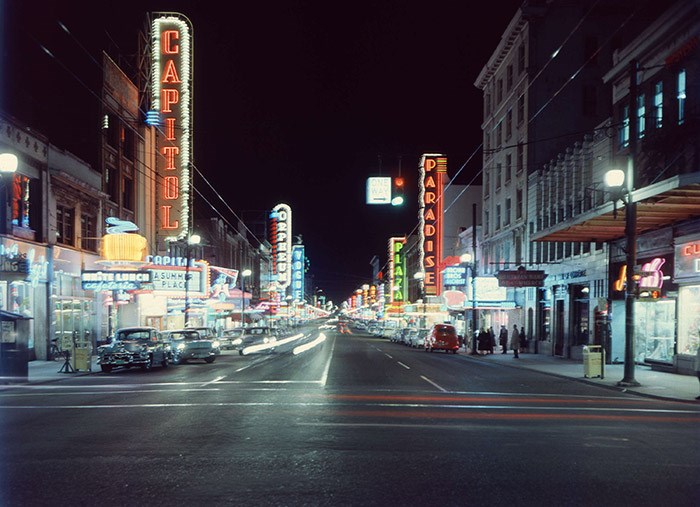 When Mayor Tom Campbell's freeway dreams were dashed by community opposition in 1968, the city concluded that automobile use should be restricted in the downtown core to avoid traffic congestion. As a result, the area between Hastings and Nelson streets on Granville became a pedestrian and transit-only mall in 1974.

Let us know: Where can you see the best Halloween decorations and displays in Vancouver?
Oct 14, 2021 1:52 PM

Here is what could happen to the Vancouver film industry during the IATSE strike
Oct 13, 2021 5:59 PM