This haunting psychological thriller was shot on a B.C. island

The film is about a photojournalist whose future is revealed to him through the images he shoots.
Aug 1, 2020 12:03 AM By: Elana Shepert 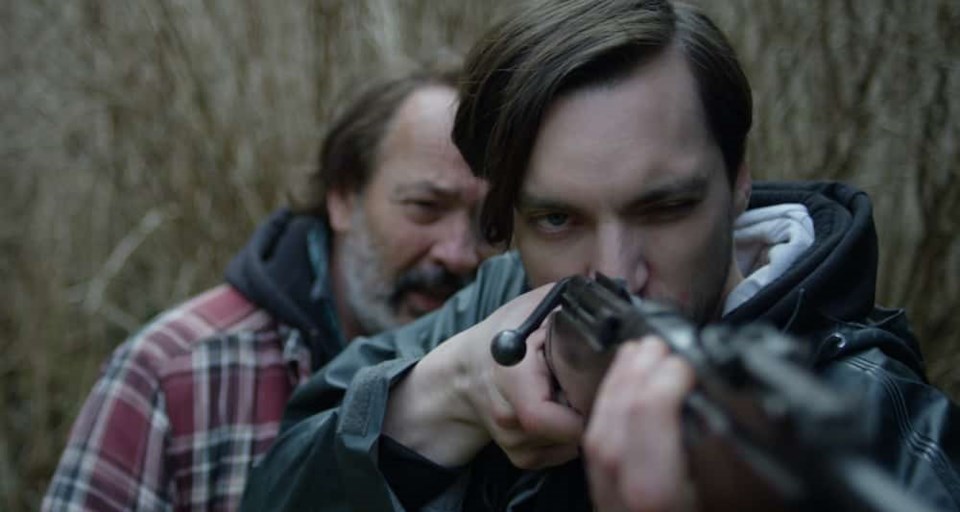 WOODLAND stars Richard Harmon (CW’s THE 100), a photojournalist whose future is revealed to him through the images he shoots. Set in 1989, photojournalist Jake is out-of- work and struggling with addiction when he takes a job as watchman of a wilderness lodge on a remote island in the Pacific Northwest, alongside veteran handyman, Sparky. Jake sets up a darkroom to develop his photographs, which begin to expose disturbing premonitions of their future.

Filmmaker Jon Silverberg tells Vancouver Is Awesome in a phone call that he started writing WOODLAND six years ago. However,  filming didn't start until February 2017. In total, it took a mere 12 days to film, but he says crew weren't working around the clock.

"We were putting in standard 12-hour days," explains Silverberg. "We just had to have everything ready to go."

As an independent filmmaker, Silverberg is all-to-familiar with utilizing time and resources, as well as being creative under pressure. In fact, he broke his ankle on day four of the jam-packed, 12 day shoot, which meant that he had to adapt to a new way of directing. Despite being less mobile, he says the injury allowed him to hone in on his other capacities.

“I’m incredibly proud to share my horror/thriller fever dream and labor of love that is WOODLAND – brought to life with explosive and achingly beautiful performances from both leads, Richard Harmon and Philip Granger,” he adds.

“Richard Harmon, as both star and Executive Producer on the film, was such a dedicated and supportive collaborator. On behalf of the entire cast and crew, I’m thrilled to be working with MPX and the team at Freestyle to bring the film to audiences on so many platforms.”

Silverberg notes that 11 of 12 days were filmed in the North Vancouver Island area (Port McNeill / Port Hardy), standing in for Haida Gwaii. A few scenes were also shot in Vancouver on day 12.

WOODLAND was screened at Whistler Film Fest, and was nominated for eight Leo Awards in 2019, including Best Motion Picture.

Have a look at the trailer.

This Vancouver art gallery offers jaw-dropping optical illusions (PHOTOS)
Aug 13, 2020 7:26 PM
Comments
We welcome your feedback and encourage you to share your thoughts. We ask that you be respectful of others and their points of view, refrain from personal attacks and stay on topic. To learn about our commenting policies and how we moderate, please read our Community Guidelines.