Here's where your dog is allowed to poop in Vancouver

Being a dog owner in Vancouver can be a confusing thing, partly because of all the mixed messages you see out there in the streets.
0
Feb 20, 2015 1:14 PM By: Bob Kronbauer

Being a dog owner in Vancouver can be a confusing thing, partly because of all the mixed messages you see out there in the streets. Walking around my neighbourhood lately I've noticed quite a few signs that are deceiving people into believing that their pets aren't allowed to poop in public spaces which are actually designated for that exact purpose by the City. As a service to you, the urban dog lovers, I decided to do some research and set the record straight on where your pooch can and can't deuce it.

The short answer is that your dog's allowed to lay coil or take a whiz anywhere that's not private property. On sidewalks, in parks and even right next to (on) signs that angry people put up that tell you your dog isn't allowed to go near them.

I dug into THIS Animal Control bylaw and spoke to someone at the City who confirmed that the land between the sidewalk and the road - grassy, planted with flowers or simply dirt - is owned by the City but is maintained by adjacent property owners. Your dog is allowed to do their business here, regardless of what sign the people who live nearby plop in there. Where they can't legally go is on the other side of the sidewalk, which is generally always private property. Here's a quick visual guideline: 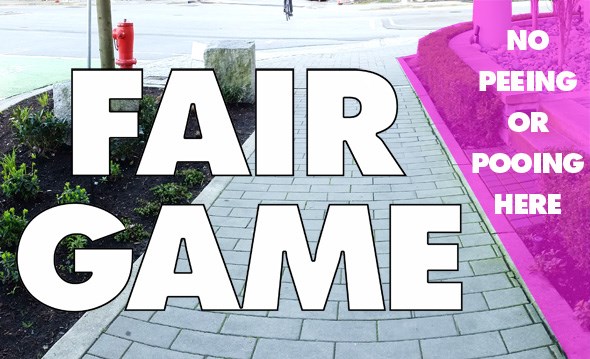 According to the City, "The sign [pictured below] is wrong". Your dog is entitled to be there as long as you clean up after it. Pick that poop up, and don't believe what this sign says (except for the part that says they have to be leashed; that part is actually true). 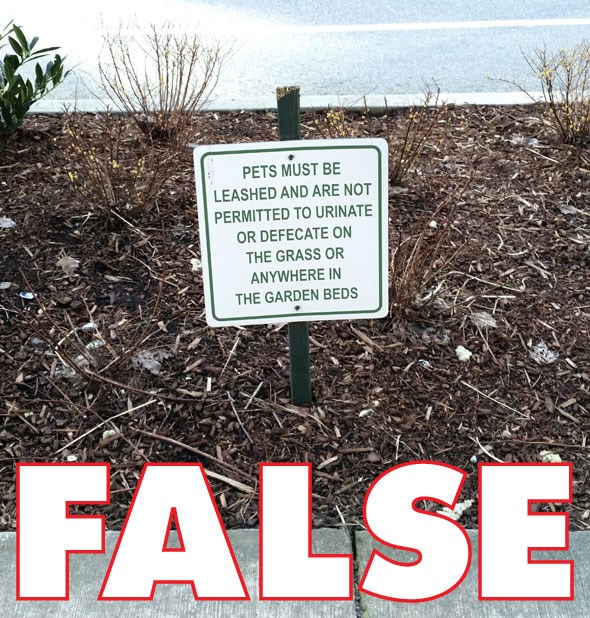 Here's another example of a deceiving sign. The "NO DOGS" logo pictured is more of a wish on the part of the people who live nearby. They likely put the plants and shrubs here and are bummed that dogs do their business on them. And that's too bad for them, because that's what the space is intended for. There is no better place for your dog to do their business. 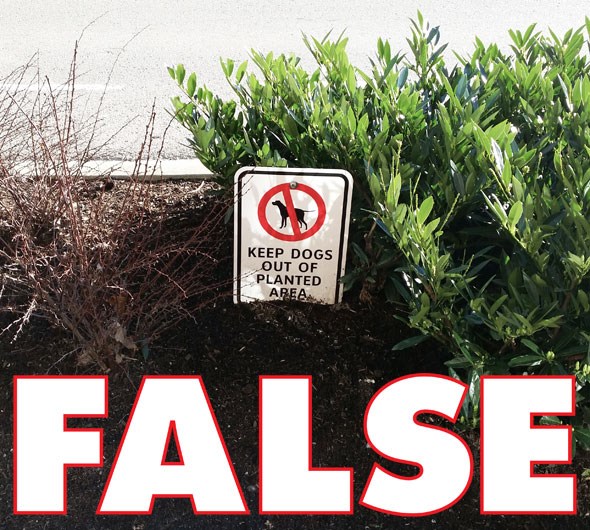 This sign below is absolutely true. By law you're obligated to have your dog leashed and you have to clean up the poop it drops in this space. Cool. 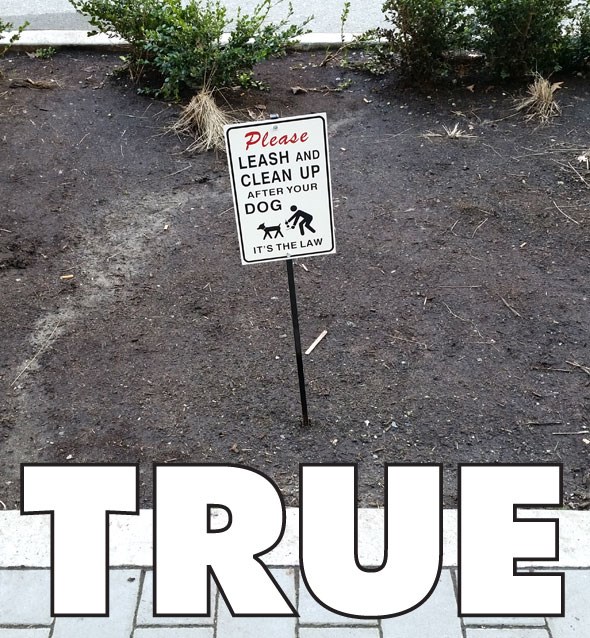 This sign below is also totally true, and is a much better approach than the signs that outrightly lie to try and keep you away. They're asking you not to instead of telling you that you're not allowed to, and the small type on the bottom says that the gardeners and the owners of the property nearby would appreciate it if your dog didn't go there. However you should totally allow your dog to poo here. Just clean it up. 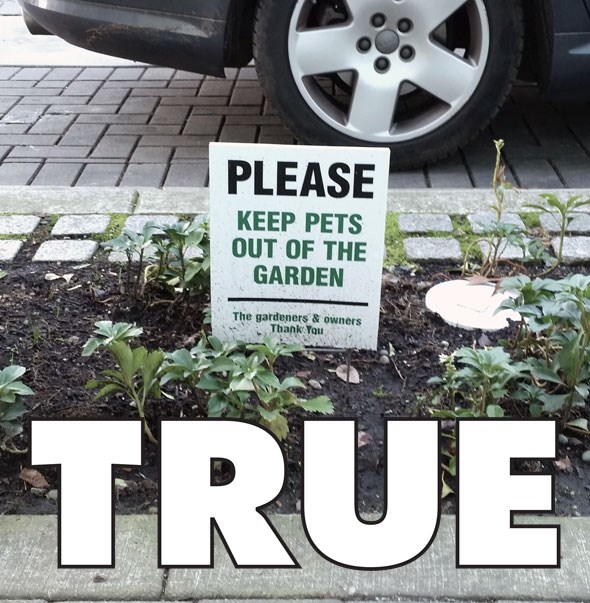 HERE is a PDF of the City of Vancouver Animal Control bylaw. Article 4.9 is of interest:

4.9 A person who keeps a dog, or a person who has care, custody or control of a dog,

in the company of a handler who is blind, must immediately remove any excrement deposited

by the dog, and deposit it in a suitable refuse container.

Somewhere within the 21 pages of the bylaw it also states that if you don't pick up after your dog when it poops where it's allowed to poop the fine could vary from "not less than $250.00 and not more than $10,000.00" for each offence. Even on the low end it'd be a risky, money-losing gamble. And it'd be rude.

For those of you who don't live in condos, article 4.10 is also of note:

in the exclusive possession of a person who keeps, or who has care, custody or control, of the

Bottom line with that bylaw is you're obligated to pick up your dog's poop wherever it goes unless it's on your own lawn, in which case you can let it pile up as you please. Not advisable, but totally legal.