Challenge accepted: this Vancouver artist wants to travel to the moon

It may be an extremely exclusive list, but Michael Markowsky hopes to be among the eight artists chosen to visit the moon.
0
Sep 19, 2018 9:01 PM By: Elana Shepert

It may be an extremely exclusive list, but Michael Markowsky hopes to be among the eight artists chosen to visit the moon.

On Monday night, SpaceX founder Elon Musk announced that Japanese billionaire Yusaku Maezawa would board the SpaceX voyage to the moon in 2023. As the first tourist to visit the moon, it would be a landmark voyage in human history. As such, the billionaire believes that artists should accompany him to articulate the divine beauty of the heavenly bodies.

Michael believes that Maezawa should pick him, owing his long history of painting in extreme conditions. Not only has he painted in the North Pole, but he has painted at extreme speeds.

In fact, in July 2013, he made 100 post-card sized drawings of the landscape while travelling faster than the speed of sound in an RCAF CF-18 “Hornet” fighter jet plane.

“I believe Yusaku Maezawa should pick me to join him,” Michael says. “My entire art practice is about drawing and painting quickly and accurately while my body is being pounded by crushing by G-forces, freezing temperatures and extreme speeds.” 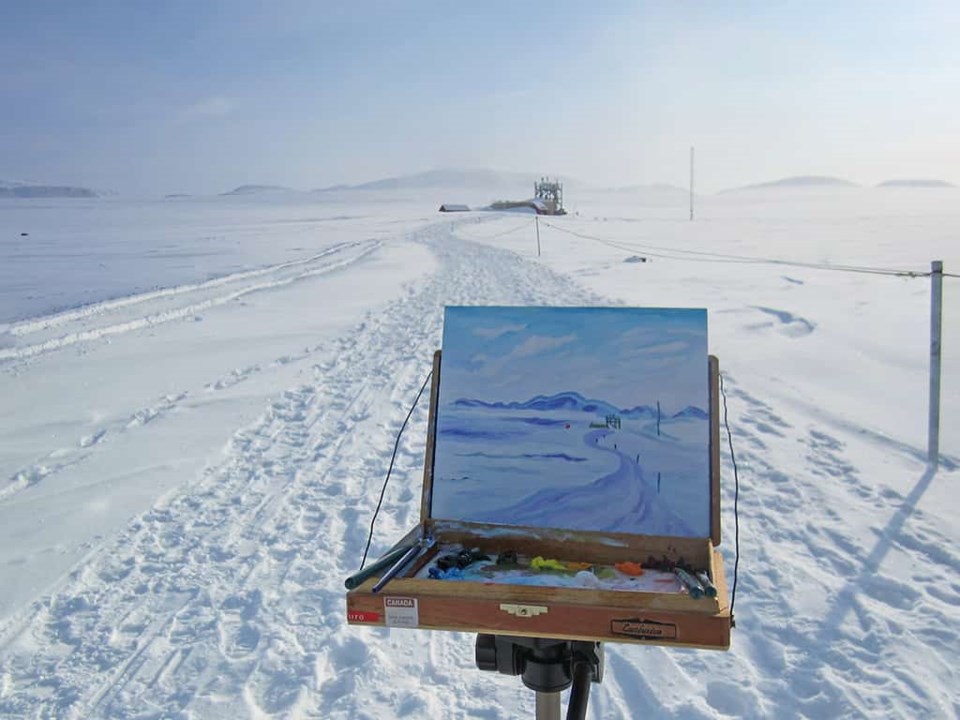 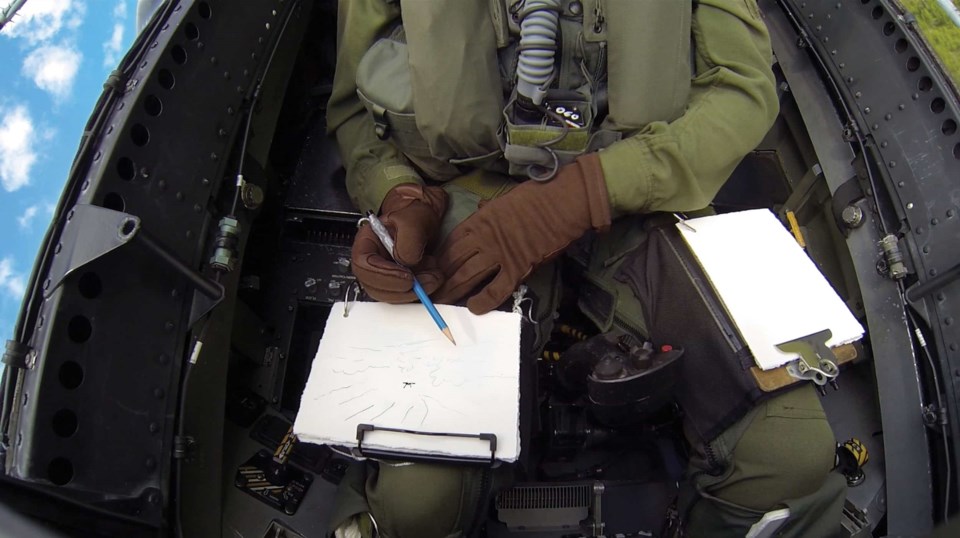 Michael is surprised no one has thought of sending artists into space until now.

“We’ve sent soldiers, doctors and scientists into space. Why not an artist?” he asks. “Every explorer from Columbus to Lewis and Clarke brought along an artist to record the experience. What makes space travel any different? Until now, NASA has relied on scientists to inspire the public, which isn’t fair to them because that isn’t what they are trained to do. Artists like myself, on the other hand, have devoted our lives to communicating complex feelings and ideas through paintings, novels, films and songs that spark people’s imaginations and touch their hearts in profound ways.”

What's more, Michael has created sculptures and paintings depicting supersonic flight that is installed at the Kamloops Art Gallery. Over the course of two months, he built the large airplane sculpture in the gallery, interacting with families and visitors. Viewers were invited to go inside the cockpit and be immersed in disorienting artwork.

As such, he hopes that following space exploration, he could create an immersive, and beautiful embodiment for people on Earth to enjoy.

"Space and the moon are these beautiful symbols for all of humanity. People trapped in poverty look up at this democratic, free space - it is a place of dreams."

As such, Michael believes he can articulate that awe-inspiring experience and bring back  something relatable, yet beautiful.

Michael is a professor at Emily Carr University of Art and has been training to go to the moon for the past decade; however, his lunar dreams have been in orbit since boyhood.

See a full exhibit of his work here.