The Museum of Surrey is going through a major expansion, and as part of their shift to becoming a "people museum," the cultural venue is crowdsourcing 2,000 photos of locals for an epic new mural.
0
Jun 6, 2018 9:13 AM By: Lindsay William-Ross

The Museum of Surrey is going through a major expansion, and as part of their shift to becoming a "people museum," the cultural venue is crowdsourcing 2,000 photos of locals for an epic new mural.

Museum staff are looking to collect "2,000 photos of people representing the faces and character of Surrey," according to the official call for submissions. They can be from your phone, and ideally of just one person, though group shots of up to 3-4 people will be considered.

The plan is to convert the photos to black and white, then shrink to wallet size, and compile onto one giant mural wall to serve as a showpiece in the expanded museum and community hub.

Submissions are open until June 11, and there is a bit of paperwork that goes with sending in your photos; you'll find more details on all that here.

Surrey's museum history goes back to the mid-1950s, with deep ties to the community's historic roots in the late 1800s. Currently the Museum of Surrey is undergoing yet another change in order for it to "be a dynamic space reflecting the innovation and creativity that defines the City of Surrey." 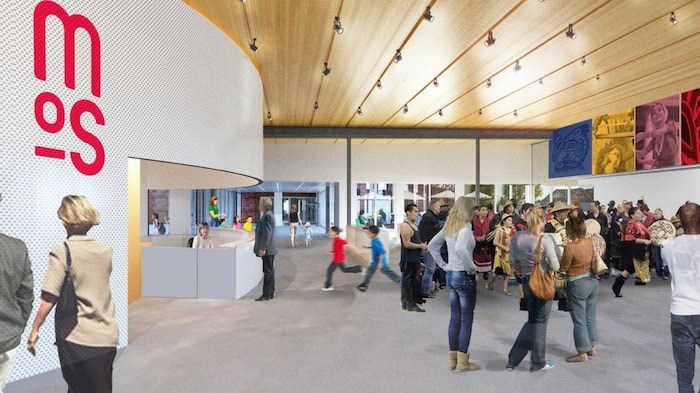 Rendering via City of Surrey

Plans include gallery and educational spaces, gathering rooms and areas, event space, an Indigenous Hall, a kids area, and lots of programming.

"The expanded museum will be a community hub where people can not only tour the museum galleries but also gather with friends, study or relax with indoor/outdoor seating and amenities," says Lynn Saffery, Museum Manager.

The Museum of Surrey is planning to re-open this fall.