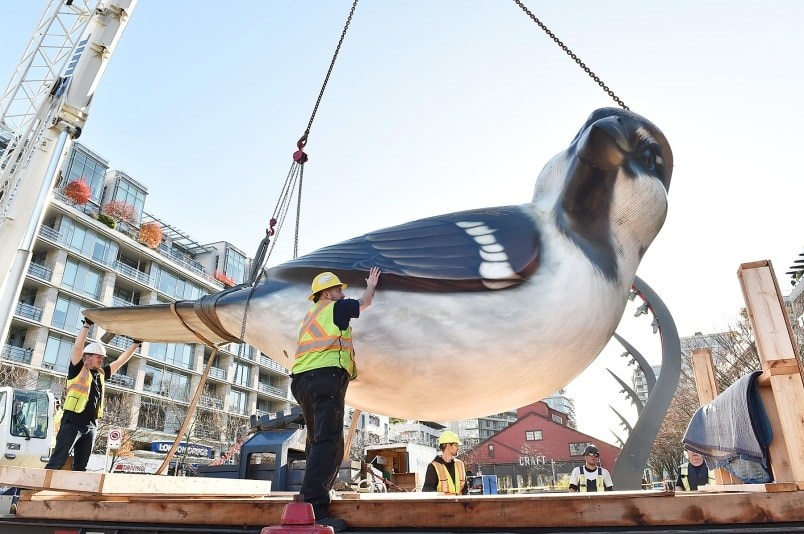 The Birds sculptures were removed from their Olympic Village home last November so that repair and finishing work can be done in Calgary and China. Photo Dan Toulgoet

The Birds by artist Myfanwy MacLeod was first installed in 2010 after the Winter Olympics. The sculptures, which weigh 3,500 pounds each, were removed in mid-Novemberas they were showing signs of severe damage and disrepair, due to the weather as well as people climbing, riding bikes and skateboarding on large sections of the birds.

First shipped to Calgary for repairs, the birds were then sent to China for re-casting in aluminum. They are now back in Calgary for a fresh coat of paint before returning home to Vancouver. The restoration work is on schedule and the sculptures are expected to be reinstalled ahead of the 27th International Ornithological Congress and the inaugural Vancouver International Bird Festival, which are running Aug. 19-26. 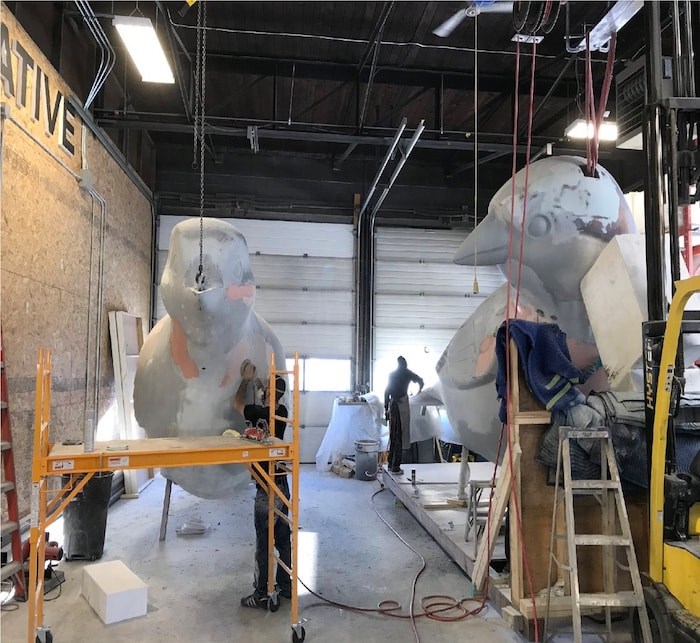 The Birds sculptures, which had to be removed from Olympic Village last November and sent to Calgary and China for repairs, are currently in Calgary getting a fresh coat of paint before returning to Vancouver. Photo courtesy City of Vancouver

The extent of the repairs needed was more than initially anticipated.

“The degree of damage done by skateboarding, resulting in deterioration of the hard shell and external finishing was worse than anticipated and resulted in the need for both internal and external repairs,” City of Vancouver staff said in an email.

Re-casting the birds in aluminum will provide greater strength and durability.

The cost of removing, rebuilding and reinstalling the sculptures is expected to come in under $400,000, original estimates pegged the cost at around $425,000. The money is coming from a reserve fund previously set up for maintenance of public art.

“This restoration will ensure that a beloved work of art will stay with us for a very long time,” staff said.