In the 19th century, impressionism became an art movement popularized by artists such as Monet and Renoir. The value of their work was accredited to how the paint was applied. A work was uniquely ‘Monet or ‘Renoir based on their use of the brush.
Jul 18, 2016 9:05 AM By: V.I.A.

In the 19th century, impressionism became an art movement popularized by artists such as Monet and Renoir. The value of their work was accredited to how the paint was applied. A work was uniquely ‘Monet or ‘Renoir based on their use of the brush. Each stroke personalized their work, making it distinctly their own. This has carried on into the art market today where value is still derived from the artist’s name. Jane Q Cheng: Studying Andy Dixon challenges this notion by playing with authorship and originality. 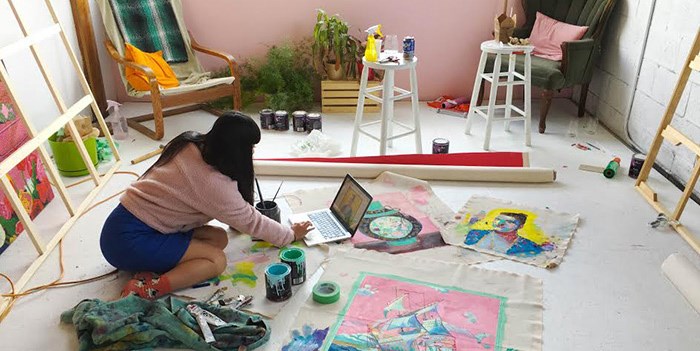 In this series, Jane Cheng will undergo an intensive direct study of local artist Andy Dixon in order to learn how he walks, talks, and paints. She has gone as far as purchasing the exact paint colours and paint brushes as Dixon, using the same reference photos as a basis for her work, and painting on the floor in order to mimic his technique. As part of this study, Cheng has also assigned herself the task of anticipating works that Dixon will create for an upcoming art show in Toronto later this year. As these works are not yet completed, Cheng will be trying to predict the pieces that he will create. 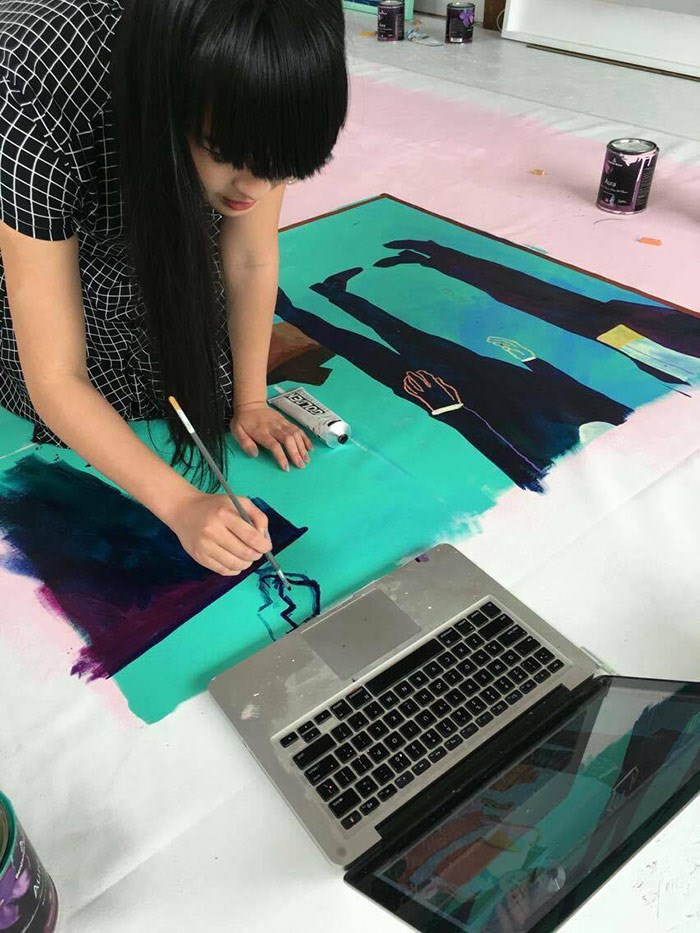 By questioning Dixon and asking him to reflect on his own practise, issues of originality and authorship come into play. Cheng’s authorship is questioned as her work can be seen as a copy of Dixon’s artistic style and practise, but at the same time, since Cheng is predicting works that Dixon hasn’t even painted yet, it could be considered original in its own right. Things get even more complex when you consider that Dixon might even be influenced by Cheng’s mimicking. Ultimately, this study will dissect, question and challenge the significance of ‘authorship’ in the modern context of original works of art.

How do artists create ‘unique’ or ‘original’ content when everything has already been done? In our world, things have been invented and re-created countless times. By exploring these issues, it forces the viewer to look beyond the physical paint on the canvas. It isn’t about who created what. Cheng’s work encapsulates the creative process of finding your own voice within the masses; it embodies the dialogue between two working artists, one trying to create a name for herself in the art world, and one who is on the brink of exploding. 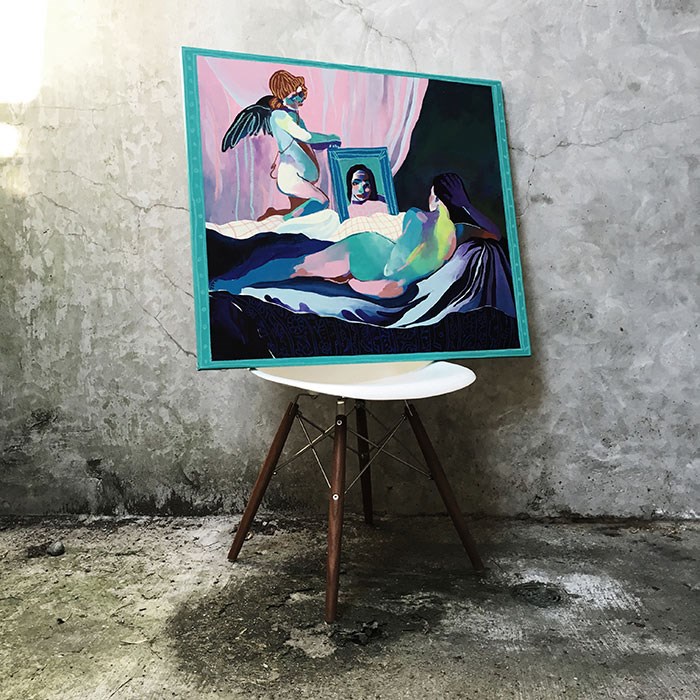