How much of what we see is actual? How much is fabricated? What possibilities for being, or communing with each other, might be affected if less normative sights were given more regard? These questions come from the Paracosmic Sun exhibition write up
0
Feb 22, 2017 10:00 AM By: Sunshine Frere

How much of what we see is actual? How much is fabricated? What possibilities for being, or communing with each other, might be affected if less normative sights were given more regard?

These questions come from the Paracosmic Sun exhibition write up, they introduce us to the essence of Annie Briard's ongoing investigations into enigmatic visual perception. Briard presents exhibition visitors with an opulent array of optical propositions.

Exhibiting at Back Gallery Project until March 7, Paracosmic Sun serves as a compendium of experiment results, most of which were produced last year by Briard whilst at an artist residency in Cadiz, Spain. During her tenure in Cadiz, Briard explored the many viewpoints that the city offered onto the water.

A southwestern port city, Cadiz is known for its large number of watchtowers, many of them still standing. Briard brought with her prisms that she had collected from binoculars, telescopes and other devices. She surveyed the many vantage points of the ancient city from the watchtowers through her sourced lenses. 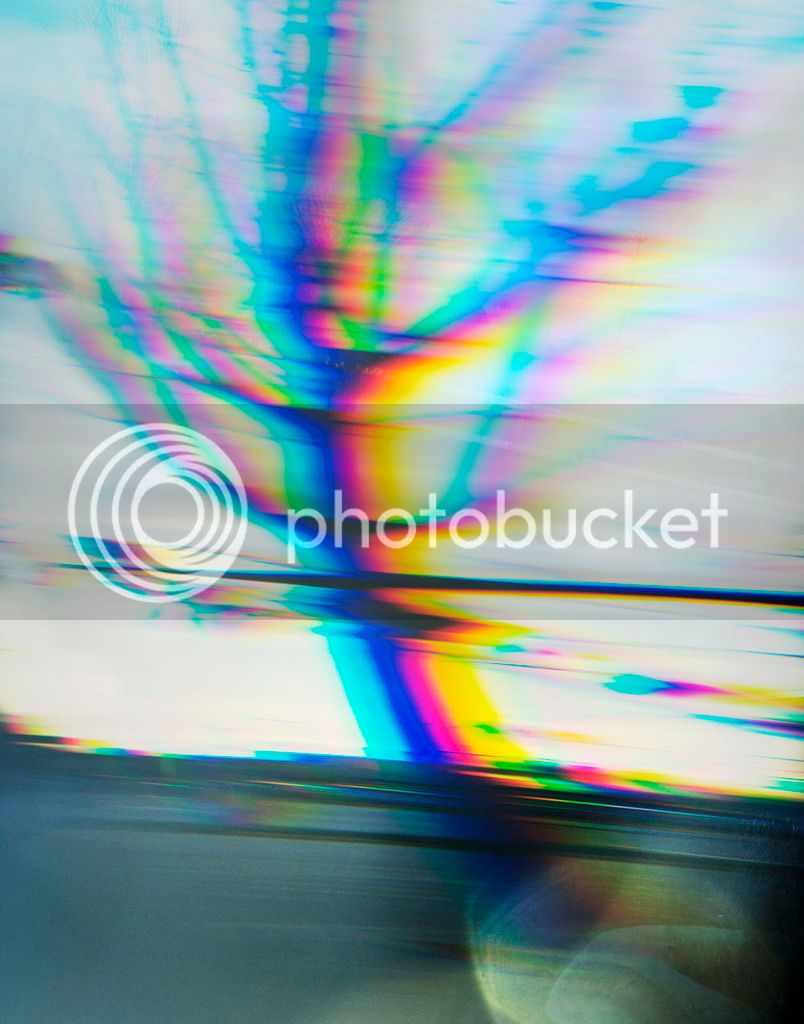 In her research leading up to the residency Briard explored early scientific theories on how the human eye works. There have been many interesting and often outlandish ideas on how we see. In our discussion, Briard highlighted one such idea that made an impression on her - the notion that there was a crystal in the eye which allowed one to see. A few centuries later, knowledge and experimentation has revealed that the eye works differently.  Conceptually though, the idea wasn't all that far off. After all, as Briard pointed out, the word crystal can still be found in reference to vision. Crystallin, for example, is the name of the transparent protein that is found in the lens and cornea of the eye. A mystical example of something that we don't 'see', which actually enables sight.

The work in Paracosmic Sun projects and presents multiple temporal states simultaneously, states of seeing and not seeing, and also states where sight extends beyond the normal range or perception. One can see sunlight on the ocean, or the effect of light on the ocean reflected back through a prismatic lens, or one can see a paracosm. Three instances coalesced into a singular image.

Bringing awareness to multiple versions of a present state is something Briard frequently achieves in her work. For example, Horizon RGB at Back Gallery Project is a still object containing a fixed two-dimensional image of a horizon line. The work is activated so that it seems to be moving through Briard's implementation of light phasing.

This work grew into its own state of being after Briard was unable to reproduce, to her standards, the perfect gradients that appear during sunsets in a single photograph. The prints weren't cutting it, so she explored alternative ways of seeing gradients and the horizon. Mesmerizing to watch, this light-box installation conjures similar affective qualities to that of looking at a real-life sunset, the pulsating light allows your eyes and mind to explore the ethereal atmosphere of gradients shifting, whilst every once in a while the horizon line comes back into focus.

Briard's film and video work highlights the tension between still and moving just as her photography works does, in fact they're often interconnected in a recursive loop, one that is created to intentionally muddle memory and imagination. Should these formats come up short, Briard often finds alternative unique ways of representing time-space-sight-awareness.

A pragmatic interpretation of the exhibition would be that Briard's imagery focuses on particular points at which the lens that she was experimenting with started breaking down the components of clear singular vision. Paracosmically speaking, Briard has uncovered shimmering colourful doppelgangers that were magically captured using mysterious holographic prisms.

Is what you are seeing actual or fabricated...allow your eyes to reveal and your mind to wander. Paracosmic Sun is on exhibit at Back Gallery Project until March 7th, 2017.

Back Gallery Project will also host an in-conversation event with Annie Briard and Manuel Piña on Saturday February 25th at 2pm.  Briard and Piña will discuss the work in the show, along with ideas surrounding perception, photography and technology. The talk is open to the public.

Work from this series entitled Paracosmic Land can also be seen on one of the public art columns at Aberdeen Canada Line Station. Artists Michael Love and Paolo Majano also have work on the columns at Lansdowne Station as part of the same call. The work of all three artists will be up from February until July, 2017. The project is part of the City of Richmond's Public Art Program in collaboration with Capture Photography Festival 2017.

Paracosm N - The distance between You and Me, digital archival print, 2016. Annie Briard