A pop-up rollerskating disco party is happening this Saturday

Photo Samantha Gill Listen to funky tunes and slip your feet into a pair of retro rollerskates for the Pop-Up Roller Disco at Robson Square on Saturday evening.
0
Apr 13, 2018 10:56 AM By: Melissa Shaw 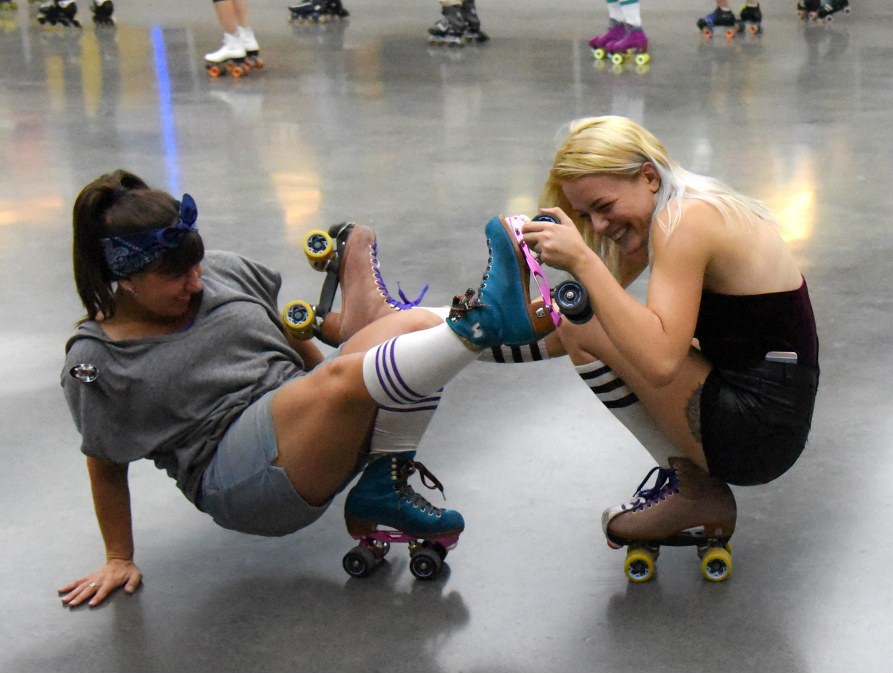 Listen to funky tunes and slip your feet into a pair of retro rollerskates for the Pop-Up Roller Disco at Robson Square on Saturday evening.

"If anyone's been iceskating there, which a lot of people in Vancouver have, it's just as much fun and a lot warmer, says Rollerskate Vancouver founder Andrea Fraser-Winsby. 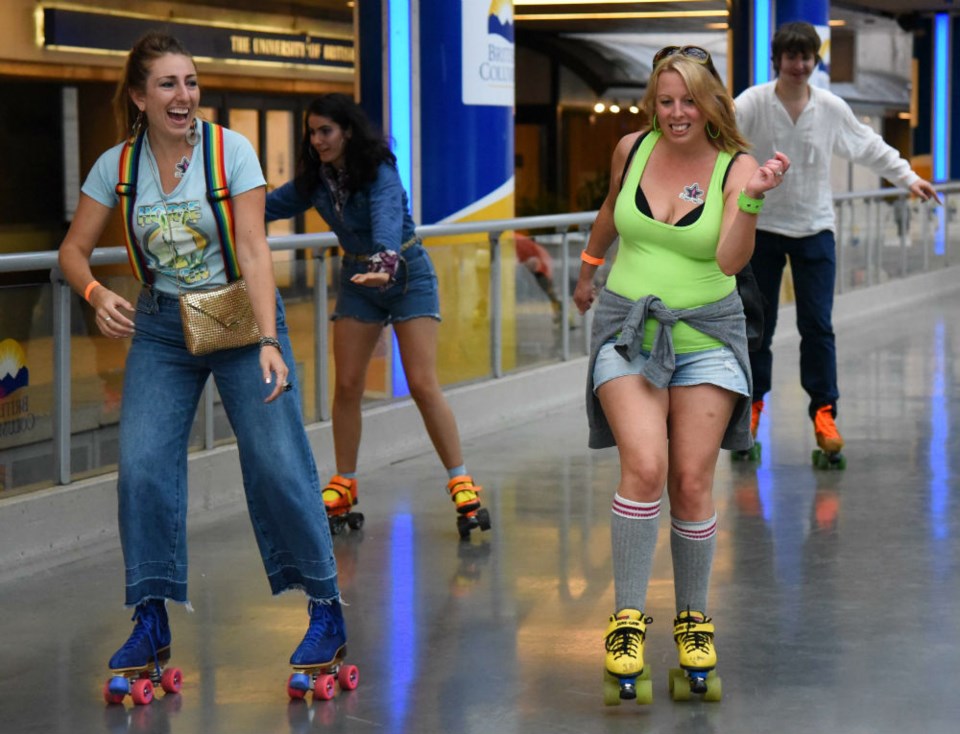 DJ K-Tel will be spinning disco, funk, pop, soul, R&B and rock tunes from 7 p.m. to 10 p.m. and skate rentals are available. "I"m working with a company who has just recently acquired a really nice fleet of old school rental skates. The old fashioned suede with the orange wheels that everybody remembers." Fraser-Winsby says. People who are too young to remember are welcome to attend the event if they are 16 years old or older. 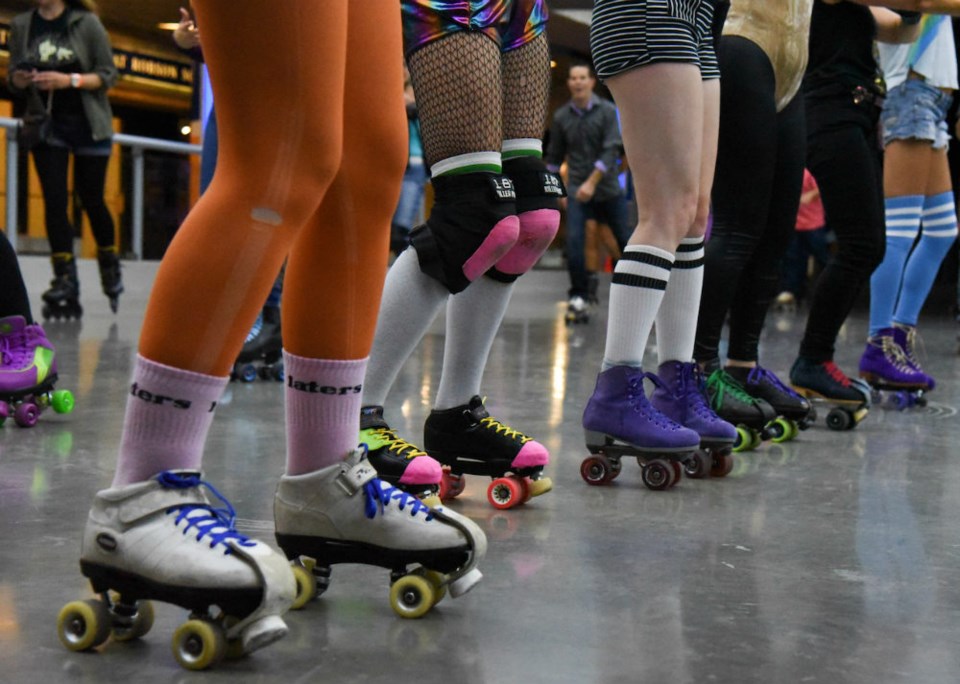 Rollerskate Vancouver started up last year because "the city doesn't have a real rollerskating rink," and she had retired from roller derby in 2013 because "it's tough on the old bod but I really missed the skating." The group started out with skates on the seawall and "it just grew from there."

They've amassed a large following, she says including, "the old school skater from the '70s and '80s that are reliving their past and dusting off their skates but there's always the younger crowd that's into the retro scene and loves the nostalgia. Loving the irony of doing things that are old-fashioned. There's also the people that don't necessarily want to go to bars or nightclubs for fun things to do at night." 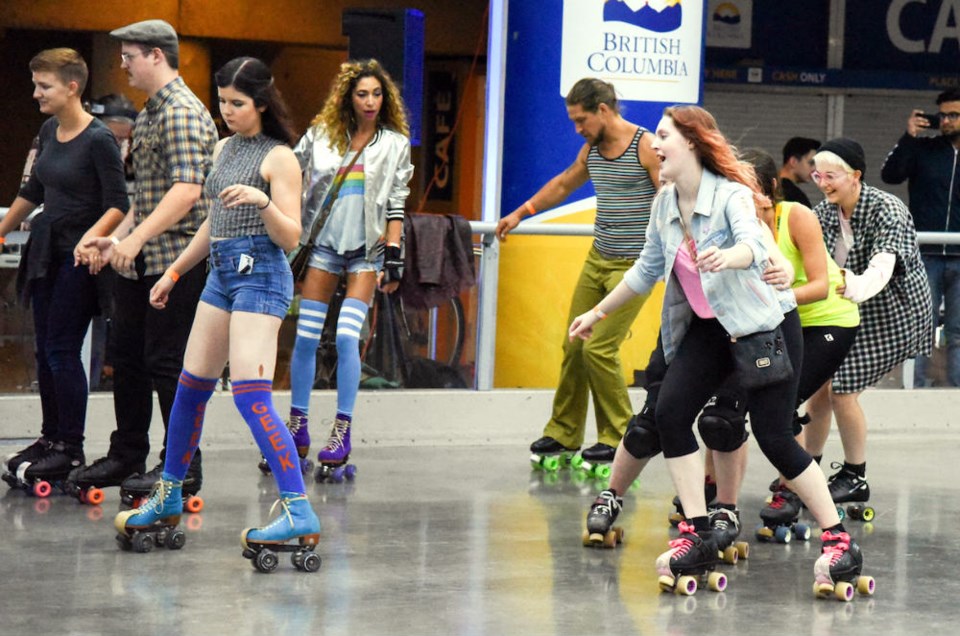 People have fond memories of Stardust in Surrey "but they converted it to a roller hockey rink. They only do public skates for an hour and a half on Saturday nights. The rest of the time it's for hockey."

Fraser-Winsby grew up in Calgary skating at Lloyd's Roller Rink, which is "one of the best roller rinks in Canada. Beautiful floor, great staff who really cared about the sport, really loved kids but unfortunately the owner passed away a couple of years ago and the family sold it. It closed down about a month ago, which was pretty devastating to that community but roller skating will prevail."

Rollerskate Vancouver is planning another event for May 27 and will be hosting fundraisers for a local charity in June and September. More details will be available on their website.