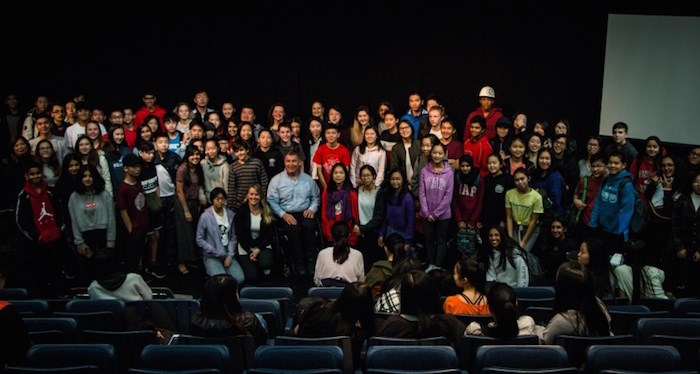 Hansen’s niece, Alexis Moore, is completing her teacher practicum at Burnett and was able to arrange the talk while her uncle was in town.

Hansen is known for his Man in Motion Tour, where he traversed 34 countries and covered 40,000 kilometres by wheelchair between 1985 and 1987.

Wennie Walker, principal at Burnett, remembers when he started the tour wheeling away from Oakridge Centre in Vancouver.

“With the world watching him begin his journey, he knocked his box off top of the camper (that was on the tour) … But it shows even if you have mistake at beginning, you keep on going because you believe in your dream,” she said. 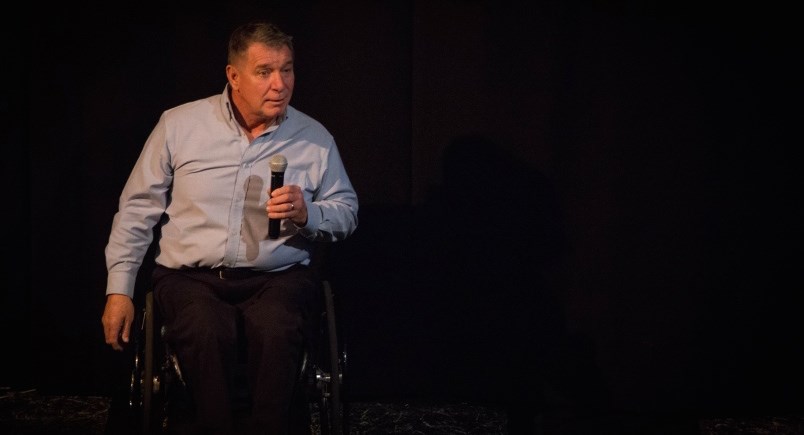 Now, through the Rick Hansen Foundation, Hansen champions inclusivity and accessibility for all Canadians.

Moore says Hansen was a great role model to have growing up, and wanted to bring him in to so he could meet younger kids and share some helpful messages with them.

“It’s inclusivity of people with disabilities, but also how can you be more inclusive with other students and people in your life in general,” she said.