Yes, you can actually go for a ride on a 106-year-old interurban railcar that used to serve Metro Vancouver. There are only seven of our fleet left in the world, too.
0
Jul 3, 2018 1:27 PM By: Lindsay William-Ross

There are only seven of the B.C. Electric Railway's Interurban streetcars left from the fleet that used to connect Vancouver and outlying communities by rail for the first portion of the 20th century, and four of them call Surrey's Cloverdale area home.

The Cloverdale Station and car barn is the home of the Fraser Valley Heritage Railway Society, and during our warmer months the all-volunteer org runs rides on a couple of these historic Interuban trams--including the last one ever to operate on the lines.

Operated by the B.C. Electric Railway (BCER) these heavy passenger streetcars called Interurbans could also move freight, as they were bigger and more industrious than the streetcars that operated within the city of Vancouver. 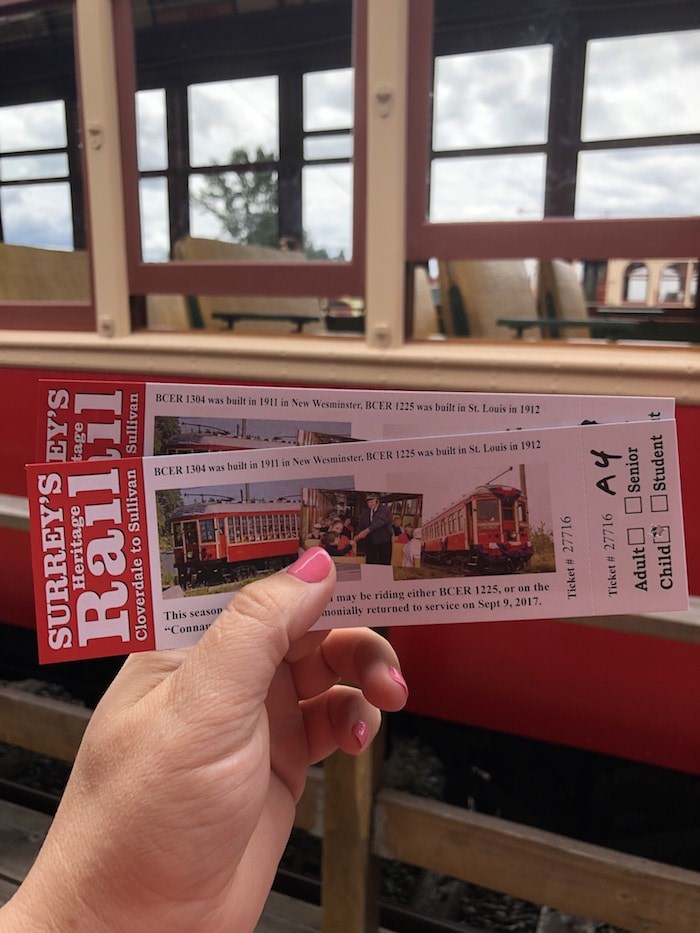 The interurbans connected Vancouver to Richmond, Burnaby, New Westminster, Surrey, and went as far into the Fraser Valley as Chilliwack.

Interurban car 1225 was the last to operate, making its final trip from Marpole to Steveston on February 28, 1958. That was also the final trip ever, as BCER had completed dismantling their streetcar service entirely as part of a 10-year "Rails to Rubber" conversion program, turning urban streetcar lines into trolley bus routes.

This home movie shows Tram 1225 on its last run from Marpole to Steveston:

A lot of the railcars were dismantled and incinerated (a short film you can watch as part of the FVHRS' car barn tour shows some footage of this happening), while many were purchased by other venues, agencies, and museums in North America.

Two of the other seven remaining interurban cars are in Burnaby and Richmond, while the seventh is in Eastern Canada. None of these trains are operational currently.

Car 1225 was purchased by the Orange Empire Railway Museum (OERM) in Perris, California, but in 2005, it came back home to B.C. and into the care of the FVHRS. Volunteers restored the railcar and got it up and running (with a generator, since there are no overhead power lines for it). Inside the car bar (Lindsay William-Ross/Vancouver Is Awesome)

You can ride from Cloverdale Station to Sullivan Station and back on an approximately 50-minute round-trip jaunt, which includes live commentary from the volunteer operators on board.

The highlight--not counting the fact in and of itself that you're riding on a 106-year-old interurban railcar that used to serve Metro Vancouver--is probably crossing Highway 10 and waving to, and back at, people in stopped traffic. 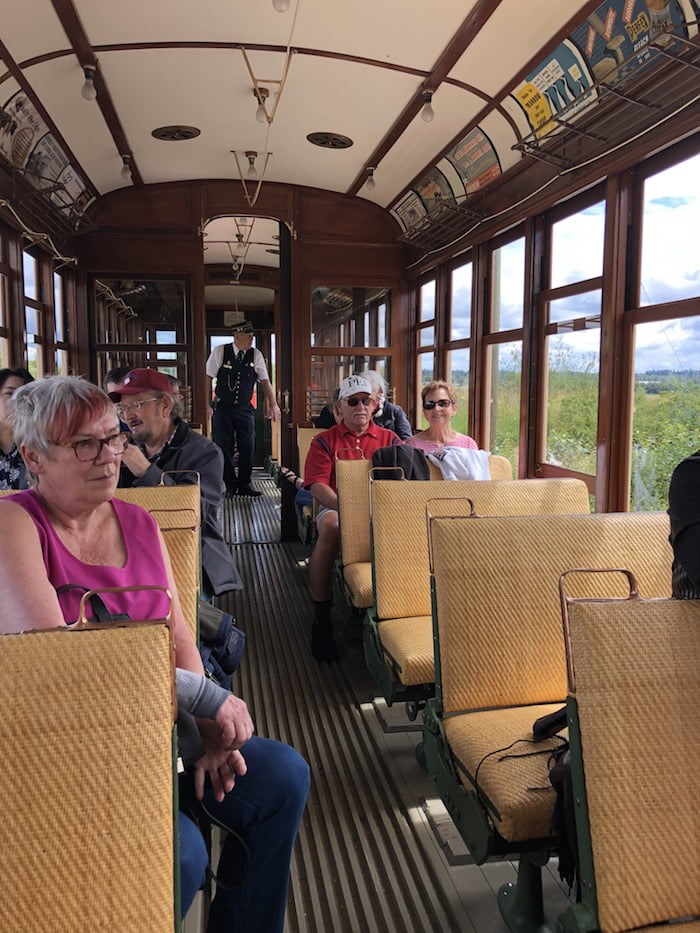 The beautifully restored railcar, built in 1912 and put into service in 1913, is fitted with smooth rattan seats that can be switched facing positions with just one swift movement when it's time to turn around and head back to the station. And there are plenty of toots from the railcar's whistle as you trundle through crossings.

Both the Cloverdale and Sullivan Stations are replicas of their originals, placed as close as possible to where they once stood. The FVHRS moved to Cloverdale in 2012, and first began offering rides in the summer of 2013 on car 1225.

More info about car 1225, as well as car 1304, the "Connaught" railcar that also can run on the tracks, and the FVHRS' two other cars, 1231 and 1207, as well as tons of treasures from BC's rail transit history, is there to be discovered on the Car Barn tour--including rides on the unique "Velocipide" and the Speeder. It's a pretty incredible experience to take a ride back through Vancouver's transit history, and the hard-working volunteers of the Fraser Valley Heritage Railway Society make it extra special for visitors young and old. It's $20 for adults and $10 for kids to ride, and Car Barn tours are an extra $5 for adults; the fees go towards the operation costs and the work that the FVHRS does.

September 30. Tickets are available in advance online and in person the day-of, and there are five ride times per day. The Fraser Valley Heritage Railway Society is located at Highway 10 and 176A Street in Surrey in Cloverdale near the Clydesdale Inn.