Anyone still hoping to catch Steven Soderbergh ’s 2011 pandemic thriller Contagion in a group setting, you’re in luck.
Mar 13, 2020 7:36 AM By: Vancouver Courier 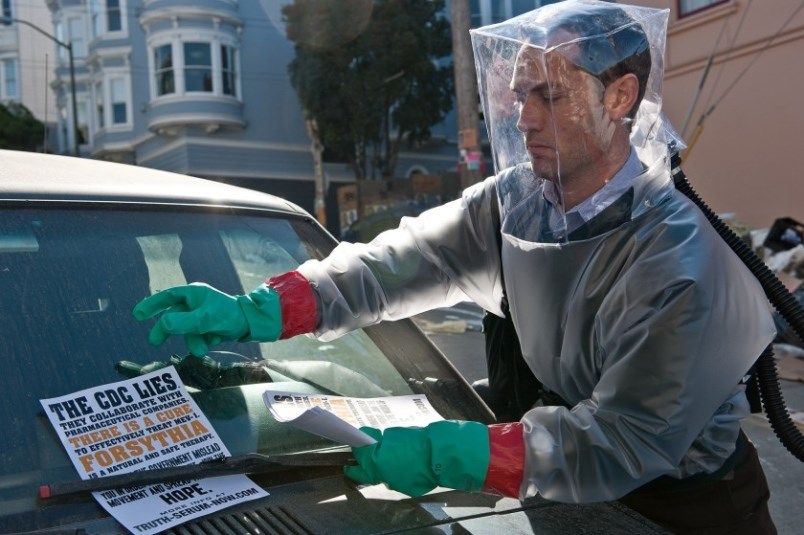 Contagion follows the rapid progress of a lethal airborne virus and the worldwide medical community’s race to “find a cure and control the panic that spreads faster than the virus itself.” Photo courtesy of Warner Bros.

In response to current concerns over COVID-19 (coronavirus), the Rio Theatre issued a press release today assuring prospective patrons that management and staff are taking “all the appropriate cleaning and sanitizing measures possible,” and the shows will go on — including the March 20 screening of Contagion.

The film follows the rapid progress of a lethal airborne virus and the worldwide medical community’s race to “find a cure and control the panic that spreads faster than the virus itself.”

On its website, the Rio explains its rationale for revisiting the timely film, which stars Matt Damon, Kate Winslet, Gwyneth Paltrow, Marion Cotillard, Laurence Fishburne and Jude Law — some of whom, spoiler alert, don’t fare particularly well: “Since we at the Rio Theatre are firm believers in the absolute power and social importance of the communal cinema-going experience, we felt the time was right for a big-screen revisit — and have added this eerily timely (if not weirdly prophetic) title to our calendar.”

But back to the current pandemic. In response to the concerns around COVID-19 relative to public gatherings, the Rio says it has increased cleaning measures on everything from high traffic areas and credit card payment devices and scanning equipment to encouraging audiences to spread out. “Fortunately, as a mid-sized venue, there’s lots of room at the Rio! We seat over 420 people, so it’s very easy for guests to practice ‘social distancing’ and leave empty seats between you.”

Cineplex issued similar assurances today about its enhanced cleaning protocols. But none of its theatres had the foresight, contrarian nature or morbid sense of humour to screen Contagion.