Partying in outer space is more fun than talking about gentrification.
0
Dec 11, 2017 4:41 PM By: Duncan Anderson

Partying in outer space is more fun than talking about gentrification.

SAD mag, a magazine covering Vancouver's independent arts and culture from a local perspective, hosted a party at H.R. MacMillan Space Centre on Friday to celebrate the release of their 24th edition titled SPACE. The theme of the issue is open to every interpretation of space, which is ideal for Vancouver because there doesn’t seem to be enough of it. It also speaks to a deeper, more personal space for women, arts and even headspace. 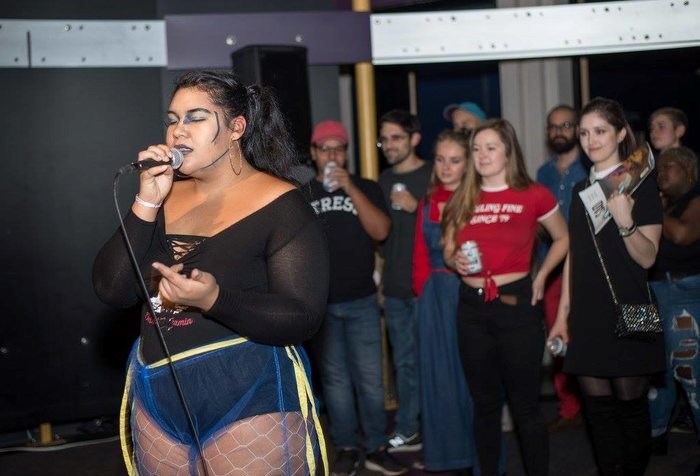 Lilkanye performed her music at the launch party – Submitted Photo

According to Alistair Henning, who recently joined the board of Vancouver Art Book Fair (VABF), SAD Mag is a breeding ground for talent that you probably wouldn’t be familiar with, unless you were doing some deep search on the internet for the person.

“They’re real tastemakers to what’s cool and up-and-coming in this region,” Henning said. “Not just for prose and poetry but also for analog photography which is a growing trend again and I’m happy to see that.” 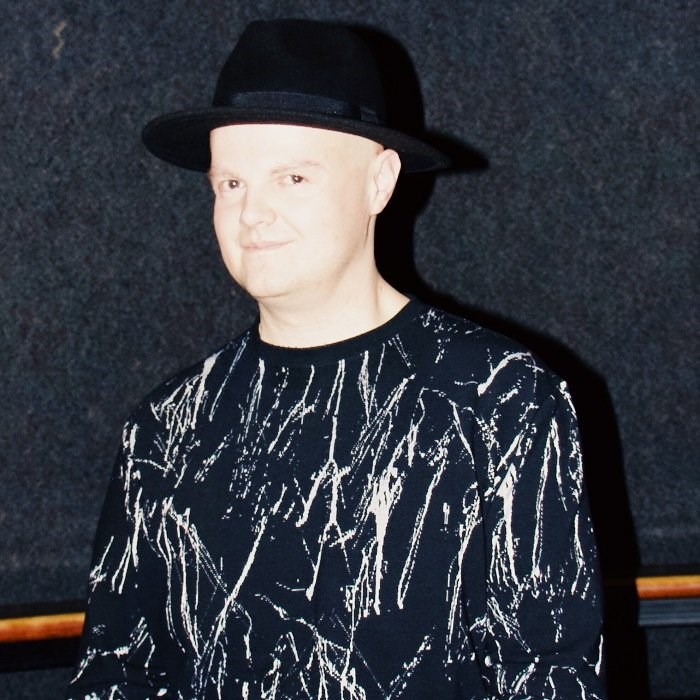 Processed with VSCO with ke1 preset

It’s challenging for people to find space in Vancouver, let alone artists or people trying to be creative. When it comes to thinking of space for most Vancouverites, the theme of gentrification and issues surrounding housing come up.

“When I thought of this show and this particular event being hosted here, I was like, ‘oh they’re having an outer space theme,’” Henning said. “It’s cool and maybe more fun than talking about gentrification as a theme, which is kind of a downer. So I’m happy they went with something fun, but on the other hand, I think the other issues are what’s on people’s minds.”

Pamela Rounis, creative director and co-publisher of SAD Mag, wanted the theme to be broad enough to allow for different perceptions of space and more diversity. She collaborated with photographer Lauren D Zbarsky and reinterpreted Stan Douglas’s Every Building on 100 West Hastings.

“That block has changed so much… I live in the neighborhood and I walk by there every day,” Rounis said. “I call our work a study of it. It’s not perfect… we’re not on his level *laughs*, but the photo is for your own interpretation.”

Every SAD Mag launch party location attempts to fit the theme of the issue and hosting an issue about SPACE at the Space Centre seems too natural. Introverts at the party had the luxury of being on their own, secretly learning about space, while extroverts got a chance to party and drink. 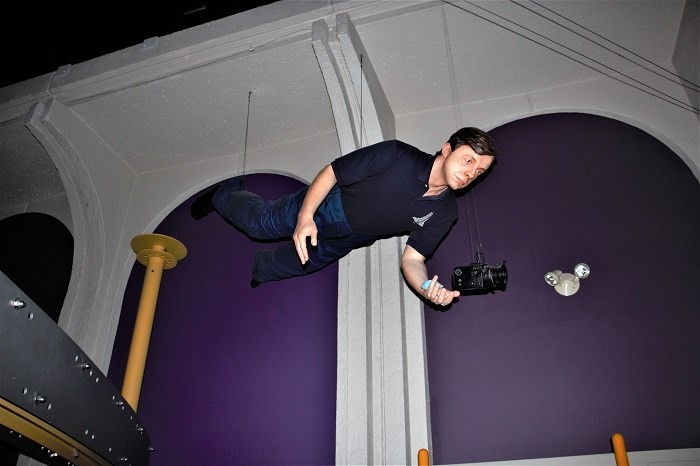 Sylvana d’Angelo is the artistic director of VABF and she volunteered to create an installation of space-themed zines from her collection for the launch party.

“Space always seemed like the new frontier,” d’Angelo said. “Like, an idealistic place where we can present all of our hopes, noble pursuits of exploration, or humanity, or a higher reasoning.”