Vancouver Heritage Foundation is staging a new tour later this month that explores the layers of history in the city’s West End. The self-guided tour includes 15 stops in an area bounded by Robson Street and English Bay and Burrard Street and Stanley Park.
Sep 11, 2018 2:19 PM By: Naoibh O’Connor

Vancouver Heritage Foundation is staging a new tour later this month that explores the layers of history in the city’s West End.

The self-guided tour, which runs from 12 to 5 p.m., Sept. 29, includes 15 stops in an area bounded by Robson Street and English Bay and Burrard Street and Stanley Park. 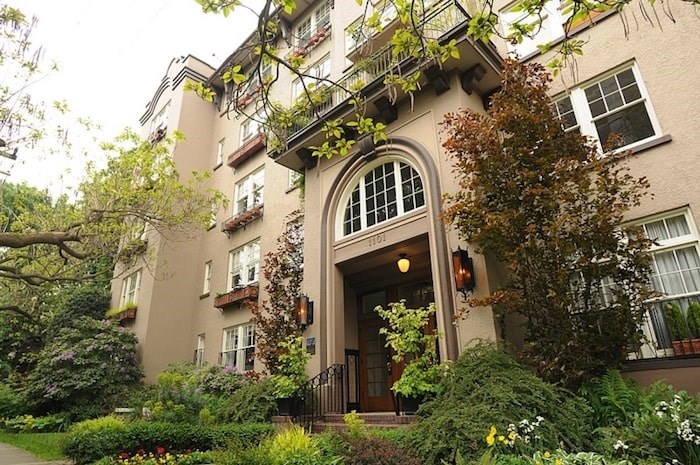 “The West End has evolved a lot over its history, so the stops on the tour aim to reflect that. We have some stops that are very much the early housing — the Victorian and Edwardian housing — so we’ll be visiting Mole Hill Community Housing Society, which is just a superb example of preserved housing that has been repurposed and restored,” she said.

“We’ll also be visiting a couple of different apartments that reflect that era of 1910s and 20s when densification came into the West End. Apartments, of course, are a huge part of life in the West End.”

Apartment stops include Kensington Place and the Queen Charlotte. The Queen Charlotte, which was featured in a 2015 VHF Heritage House Tour, was built in 1928. For this tour, participants will get a look into an apartment not previously shown.

The mid-century era is also among highlights of the West End tour through the low-rise Vancouver Park Board office at the gateway to Stanley Park.

“It’s a gem of a mid-century modern building, designed and built in 1962. It’s a real treat to go inside,” Mosley said. “Visitors will get to see a space they don’t normally get inside and also hear about the archeology of the area and the work the park board is doing in that realm, which is a really important part of the history of Stanley Park and the whole of the West End — [to understand] that the history goes back a really long way. It’s not just the more recent history that is, perhaps, represented in the architecture.” 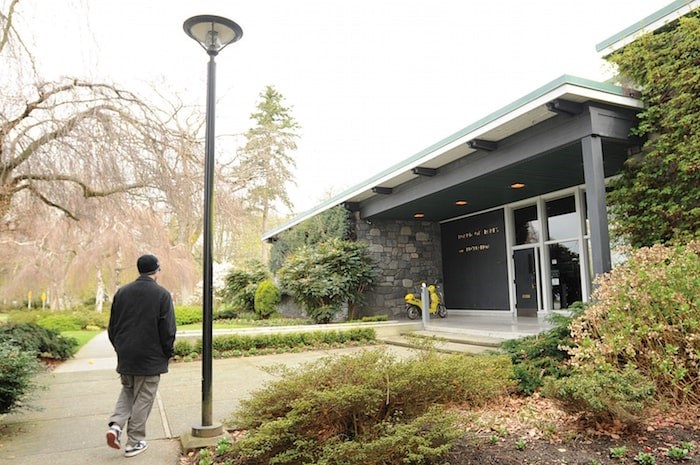 The Vancouver Park Board office in Stanley Park, a mid-century modern building constructed in 1962 is one of the stops on the West End Heritage Tour. Photo Dan Toulgoet

Tour-goers will also get to see the 1903-built Leslie Lane House, two churches, including St. Paul’s Anglican, which was built in 1905, and private gardens.

“Many of the stops are private spaces, several of them are private residences and a couple of them have gardens that people will be able to explore,” Mosley said. “One of the spaces we’ll visit is a courtyard in a development that’s not normally accessible to the public. So, we’re getting people not just inside buildings but exploring spaces and areas that give a perspective on the history and story of the neighbourhood.

“It’s a fun way to spend an afternoon but it’s also a great way to really connect with the stories of the place where we live.”

Because of the tour’s neighbourhood focus, stops are fairly close together. Ticket holders will have a discount on parking and access to a complimentary bike share day pass. Mosley said transit is also a good option for getting around the neighbourhood and walking distances are short between many of the stops.

Proceeds from the tour will support VHF’s educational programs.

VHF is a registered charity that promotes heritage preservation in Vancouver through events such as tours, workshops and lectures. The organization also provides grants for heritage conservation and provides online resources and information to help people conserve.

For tickets to the West End Heritage Tour, see vancouverheritagefoundation.org. Ticket holders get a brochure with information about each of the stops, available discounts, and a map to find the stops.