Metro Vancouver will try to deal with odours coming from marijuana greenhouses in Delta and throughout the region.
Sandor Gyarmati Apr 9, 2019 10:41 AM 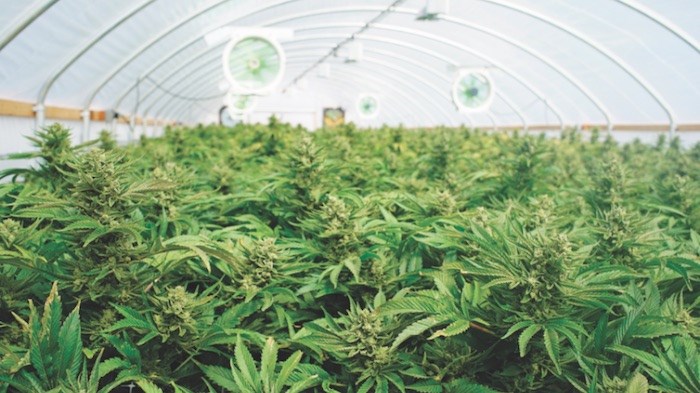 Metro Vancouver will try to deal with odours coming from marijuana greenhouses in Delta and throughout the region.

The district’s climate action committee last week approved a series of recommendations to regulate emissions from cannabis production facilities, including greenhouses within the Agricultural Land Reserve, recommendations that will now go to the Metro Vancouver board.

“When the provincial government amended the ALR Act, they stated that cannabis production can’t be prohibited on those existing structures. Yet, at the same time, you have all these vegetable producers switching over to cannabis but these facilities weren’t designed to treat those contaminants in the first place,” said Delta Coun. Dylan Kruger, a member of the committee.

Kruger said Health Canada has the authority when it comes to licensing requirements, which includes facilities needing equipment that filters air to prevent odours and contaminants from escaping, but stops short of outlining specific measures.

“Delta staff feel that Health Canada still has the ultimate authority when it comes to regulation and the licensing stage but what we found, and they basically admitted as much to us when we went to Ottawa, was that they’re really more preoccupied right now with the quality of the product and security concerns.

“They’re aware of the complaints coming forward on odours but they simply don’t have the capacity to deal with that right now. So, Metro has the delegated authority from the province with regard to addressing odours but also the contaminants that come out of these facilities which produce what’s called volatile organic compounds,” explained Kruger.

The committee recommends a consultation process with the industry and key stakeholders. Metro has already requested that all new cannabis facilities apply for site specific permits, much the same as what the Enviro-Smart organics facility has been asked, added Kruger.

“We don’t want Health Canada to think since Metro is dealing with the permits that they have an out when it comes to regulating odours from a licensing perspective, so I added an amendment that the committee write to Health Canada asking they actively enforce their own regulations,” he said.

A Metro report on the issue last summer noted that from an air quality perspective, efforts to manage emissions from agricultural operations have been complicated by Right to Farm legislation, where normal farm practices are protected and a farmer is not liable for certain nuisances.

The report also noted concerns over odour masking agents that are being used by some facilities.

Kruger noted masking agents “can be like coming out of a gym, sweating, and only spraying on some cologne.”