STORIES FROM THE SIDEWALK: The Man Who Lost Everything

The founders of the SIDEWALK supper project share their stories as they connect with people living on the streets. This week, meet a man who lost everything and find out how he’s piecing his life back together day by day.
Eddy Tan Apr 20, 2016 2:24 PM

The founders of the SIDEWALK supper project share their stories as they connect with people living on the streets. This week, meet a man who lost everything and find out how he’s piecing his life back together day by day. 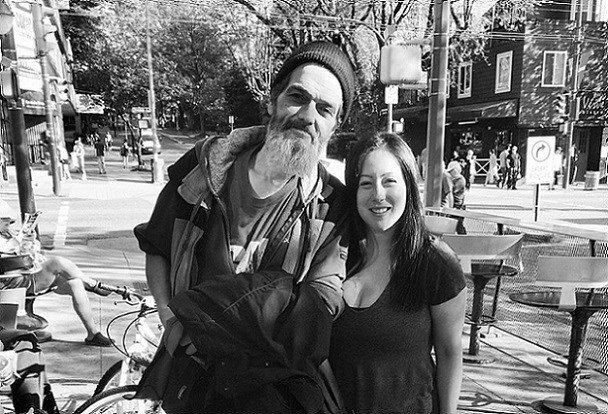 I want to share the story of a man. He’s 57 years old and was homeless for 22 of those years. Sadly, he now suffers from leukemia and can't eat most of the food that's kindly given to him. He also happens to be the original inspiration behind the SIDEWALK supper project.

We wrote about this man in our first post. He seemed to have gone missing months ago and we feared the worst. The very same day our post was published on Vancouver Is Awesome, we ran into him on the streets for the first time in months. The universe works in such strange ways. You can read about that encounter here.

As my partner Andrea and I set out this week to find someone willing to talk to us, we’re lucky enough to find him sitting on a milk crate at his usual corner outside the 7-11 on Denman Street. After we explain what we’re doing, he cheerfully agrees to chat and we find an outdoor table around the corner. We used to call him 7-11 Man until we learned his name the last time we met. It’s Ricard. Here’s his story.

EDDY: Can you tell us a little about how you ended up on the streets?

RICARD: Well, my kids died. I lost my entire family. My son died of leukemia when he was 14. My other son died of crib death as a baby. My brother contracted HIV. My dad died in his sleep. My wife couldn’t handle it and we split up. You never get over losing your kids. After that, one thing led to another and I ended up on the streets. I didn’t have any other option. There was no one there to support or help me.

EDDY: What was it like being on the streets? How did people treat you?

There was this one lady who would come into Stanley Park every Christmas. She’d cook for a bunch of us living in the park and we would get together for a big Christmas dinner. Every year. That was nice.

EDDY: From your experience, has the homelessness problem in Vancouver become better or worse over the years?

RICARD: Worse. Definitely worse. There weren’t too many people on the streets back then, but then more people started coming from out of town. It’s easier to get welfare in B.C. It’s also warmer. But what I see more and more is that young people end up on the streets because they have no one to fall back on. No one to support them and to look up to.

EDDY: You now have a roof over your head. How did you go about getting back on your feet?

RICARD: A woman came down and helped me. She told me she didn’t want me living on the streets anymore. She had a house in the West End where she let me stay. They’re knocking it down to build something new. Now I’m living in government-assisted housing. I was able to apply. I have a room that’s my own.

Throughout our conversation, Ricard pauses every few minutes to greet someone he knows walking past, including a mother and her three young boys. “I’ve known them since they were babies,” he says. At one point, a nicely-dressed, energetic woman arrives and hugs him. She clearly knows him well and heads into the 7-11 to get him a pack of cigarettes.

For a man who has suffered so much loss, I am humbled to see how upbeat and content he appears to be. He has survived two decades on the streets and is now working towards improving his life. It makes me question what would have happened to me if I had experienced even a fraction of what he had to go through without anyone to fall back on.

We wrap up and Ricard tells us that we should get together again soon. We had only scratched the surface and he has much more to talk about. We promise to come find him again.

As we shake hands, pose for a photo, then part ways, I notice people staring at us—more out of curiosity than disapproval. I wonder if they think it’s strange that three people from seemingly different walks of life just spent the last 30 minutes doing something as ordinary as having a conversation on a patio together. I wonder if I would have found it strange if I were a bystander. Quite possibly. I ask myself why and can’t think of a satisfying answer.

About SIDEWALK supper project: We are a group of young West Enders bringing the warmth of our kitchen to the streets, feeding the homeless with home-cooked meals and sharing their stories along the way. 100% non-profit. 100% love. 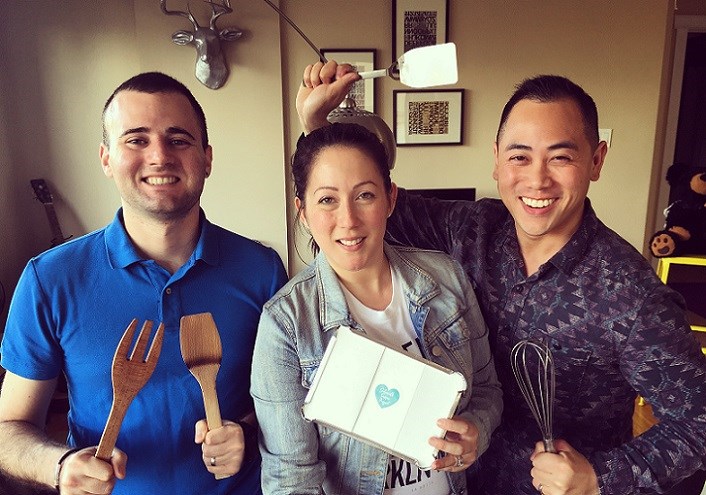