We went to the Stormy Daniels event in Kamloops, and here's what happened

Stormy Daniels didn't exactly make a splash this weekend in B.C. The Sunday, June 2 nighttime event at the only strip club in Kamloops was, in a word, underwhelming.
Jun 4, 2019 7:47 AM By: Brendan Kergin

It may be the biggest non-event in Kamloops this year. 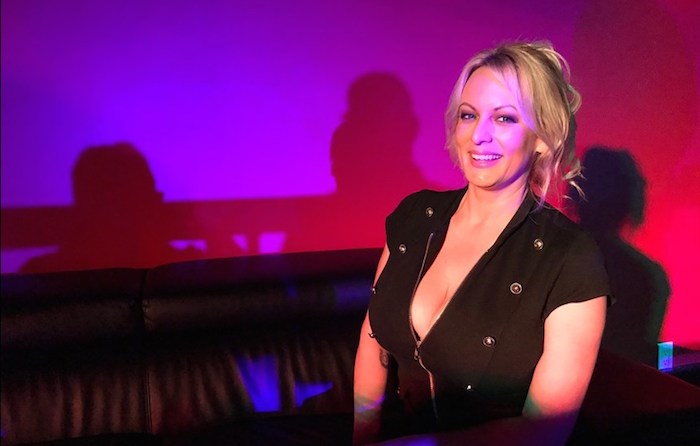 Stephanie Clifford, also known as Stormy Daniels, was in Kamloops on Sunday, June 2 for a meet-and-greet at The Duchess on Tranquille. Photo by Brendan Kergin/Kamloops Matters

One common question before the show was, "What sort of opening act do you get for a porn-star-turned-political-figure/author?" The answer, in this case, was nothing. While doors opened at 7 p.m., not much followed until Daniels arrived at 10 p.m.

After a short greeting, where she shared how she was excited to be in Kamloops, Daniels asked patrons to come say hi in the VIP section, take a photo with her and get items signed. Due to a mess up with UPS, Daniels didn't have any merch to sell and sign, but she was game for some fun photos. After an hour-and-a-bit of meeting and greeting, the line died down and Daniels took a break, having been on her feet since arriving. A dancer took the stage as interim entertainment. 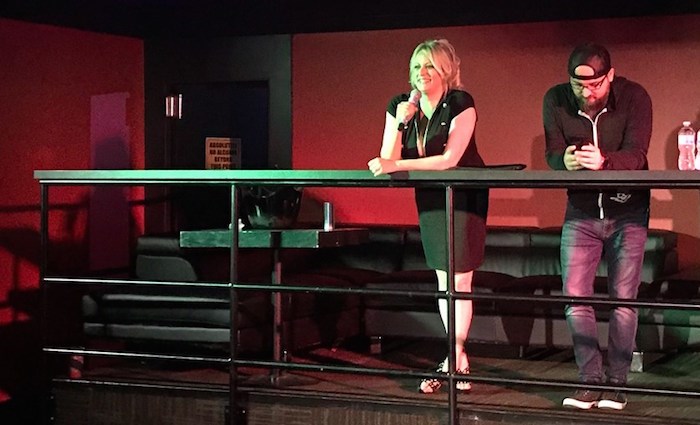 Stormy talked to fans and took pictures with them. Photo by Brendan Kergin/Kamloops Matters

Around 11:30 p.m., meet-and-greets started up again, followed shortly by the last call. Once the Duchess staff had a chance to take photos, the line died down again and she left.

So, this happened. Story tomorrow. pic.twitter.com/b0tHilZ6Tg

TJ Shook says she came out because she's an avid follower of current events.

"I just purchased (Daniels' book) the other day and then started reading it," she says. "I got my book signed and she signed my ticket as well. She seemed quite lovely."

That said, Shook says she was surprised by the attendance.

"I thought it was going to be quite busy so I made sure to get tickets for myself and my friend," she says. "It was one of those interesting things in life to go see. Not very many people here though, which was unfortunate, but it might because it’s a Sunday."

While promoter Riis Ingalls says all 190 tickets sold, it appears at least 140 weren't used. Ingalls says it was still a good turnout.

"I think tonight was great. It was a good opportunity for Stormy to see Kamloops too and to put Kamloops on the map," he says. "Because a lot of people wouldn’t know Kamloops exists."

Ingalls adds prior to Daniels hitting the Duchess, she was given a mini-tour of the area, with stops at Kamloops Lake and Tobiano.

If you were one of the many people who missed the event, she'll be in Vancouver next week.