Get to know "Story Story Lie" and its dynamic host and producer. The monthly live show at the Rio challenges audiences to pick the liar from a lineup of masterful storytellers.

Telling a good story--a really good story--takes skill and artistry. Details, peril, perspective combine to create a few minutes where the storyteller has his or her audience totally on board for what can often be a wild and mesmerizing ride.

Vancouver's Jo Dworschak knows great storytelling. She's a storyteller herself, by profession, though when I ask her via telephone if that's her career path she laughs and admits she has three jobs. One of those jobs is producing the "Story Story Lie" show, which has a monthly slot at the storied Rio Theatre, which is why we are having a chat. 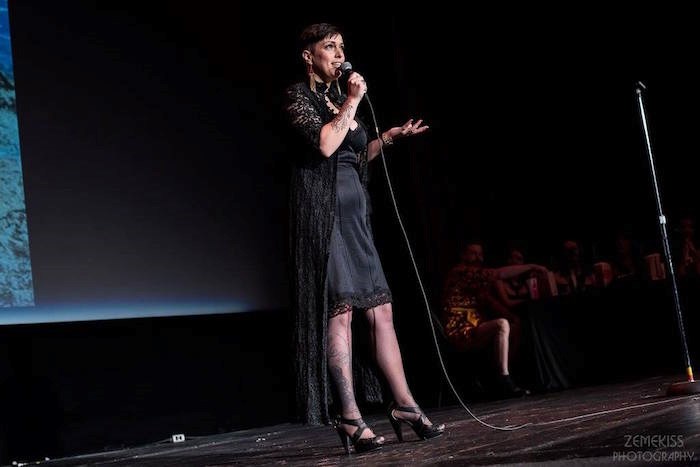 Dworschak, who manages to juggle multiple storytelling and comedy gigs, being the single mom to a teenager, and producing the monthly Story Story Lie show (and its accompanying podcast), is wildly passionate about the art of telling stories, and the opportunity shows like hers create for building community.

Story Story Lie and its game show format, where the audience hears a slate of stories and is challenged to pick out which performer is being dishonest, began about two years ago at Cafe Deux Soleils. The show began to outgrow its venue, though, and Dworschak reached out to the Rio.

The Rio's programmers were supportive of the show, and when Story Story Lie moved to their stage, Dworschak became the venue's first female producer and host of a regular monthly show. The show had a rocky start, but now has established a fan base and is a popular draw. 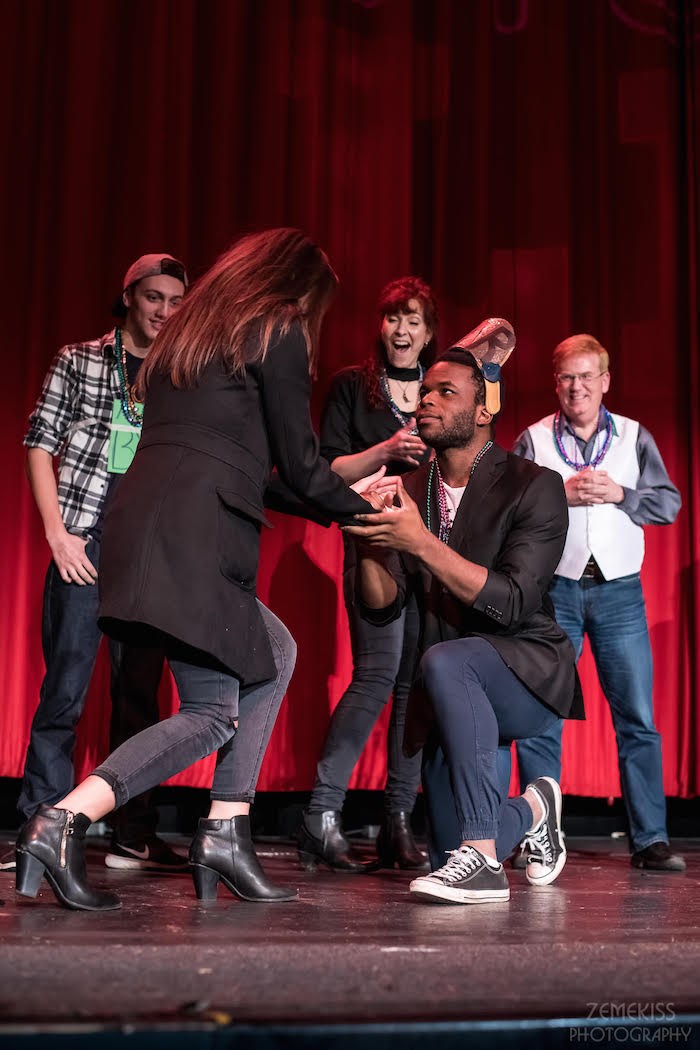 The first audience member to guess the liar gets to make the big reveal to the crowd. Here, “liar” Tunji Taylor-Lewis is being crowned by the audience member winner at the November show (Photo by Zemekiss Photography)

Performers are either approached by Dworschak, who says she goes to see a lot of live shows and tracks talent, or they reach out to her with their own stories. By default, a lot of Story Story Lie's storytellers and liars are culled from Vancouver's gifted crop of actors and improvisers.

While you might expect that getting up on stage to talk about a life experience--true or invented--means that things are loose and put together on the fly, it's actually the opposite. ForStory Story Lie, the participants deliver tight, rehearsed pieces that help keep the show moving, allowing time after each story for the audience to ask questions to help them discern if the performer is telling the truth.

What makes for a good story? "High stakes!" offers Dworschak immediately. Good stories come from a unique perspective, she adds, noting that stories full of coincidences and situations most people wouldn't find themselves in make for compelling tales, tall or otherwise.

That said, Dworschak has some ground rules, and those include not exaggerating within the true stories, as well as no making fun of or picking on people. "There's enough meanness in the world," says Dworschak, who also stipulates that her storytellers not be "racist dicks."

The ground rules actually go towards making Story Story Lie a welcoming, inclusionary space, and a place where people reconnect away from the daily trappings of technology and enjoy being in a roomful of people.

Though void of racism and other derogatory isms, the content of Story Story Lie tends to run in the more 14+ range--there are some stories that reference sexual activity, as well as some salty language. Dworschak figures teens would enjoy the show, but it's probably not a "family night" kind of event. There is one teen in the crowd for every show, though: Dworschak's own 14-year-old son, whom she says is her and the show's number one fan. 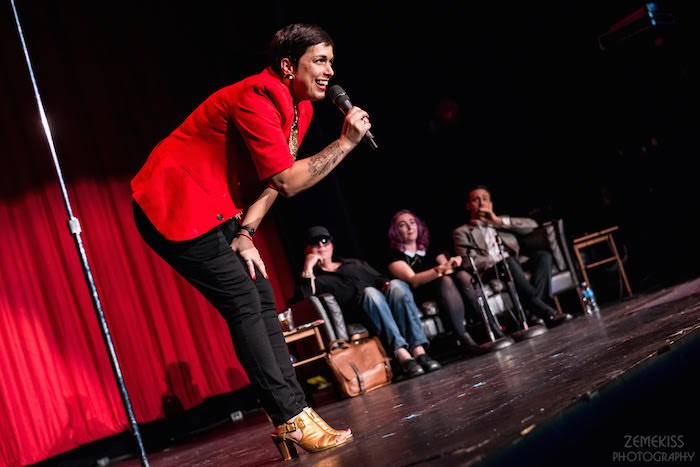 Dworschak is particularly proud to be able to offer Vancouverites a fun reason to get out and see talented storytellers perform, and being at the Rio is an ideal venue.

"I really love the Rio," says Dworschak. "It's so great to have this independent theatre venue," that offers a "unique experience" with their diverse programming. "And they have the best popcorn in town!"

Dworschak also attests that the team running the Rio have been incredibly supportive, and she is hopeful that the theatre can see the proposed purchase through and keep the space running.

As for the future of Story Story Lie, Dworschak it comes down to "just keeping it going." There are plans to do more shows outside of Vancouver, like in Victoria, too.

But it ultimately comes back to people--their stories, and what happens when people gather to hear those stories. "I want to inspire people to tell stories, and then for the people who go see them perform to connect, relax, feel safe, and be entertained."

Story Story Lie takes place monthly at The Rio Theatre. Their next show is on the theme "Smooth Criminal," and is on Thursday, February 22, 2018. Tickets are $10 in advance and $12 at the door.

Fill up on fun times at Vancouver’s most highly-anticipated annual summer event
Aug 17, 2022 8:00 AM