Grab your coat, wallet, and umbrella and head outdoors for some food truck feasting, as downtown Vancouver transforms once again into the wintertime food truck fest Street Food City. 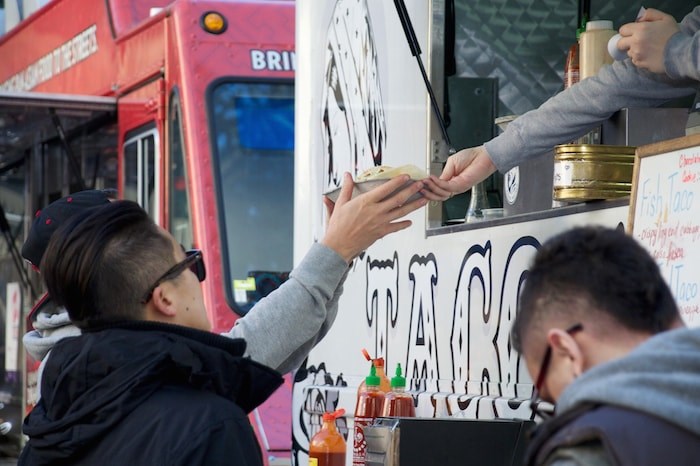 One of the many exciting events as part of the vibrant culinary programming offered during Dine Out Vancouver's festival, Street Food City turns the renovated Vancouver Art Gallery Plaza into a pop-up food truck pod daily from January 21 through 27.

Participating street food vendors, in trucks and carts, will rotate throughout the week. That means you'll find a different line-up of vendors there daily. No worries, either, about where to eat your food or being rained on: There will be plenty of on-site seating, with tents to keep your loaded fries, Pad Thai, grilled cheese sandwiches, pierogies, and tacos out of the rain.

Here are all the vendors slated to participate in the 2019 edition of Street Food City: