Superbaba popping up in Vancouver for one-night preview

Superbaba will take over Tacofino's downtown "Oasis" location on Saturday, May 26 for their only Vancouver appearance before they roll out the new truck.
0
May 8, 2018 9:15 AM By: Lindsay William-Ross

Victoria's Superbaba is hitting the streets of Vancouver soon in food truck format, and to give locals a taste of their Middle Eastern eats, they're popping up at the end of the month with a one-night event focuses on falafel.

Superbaba will take over Tacofino's downtown "Oasis" location on Saturday, May 26 for their only Vancouver appearance before they roll out the new truck. 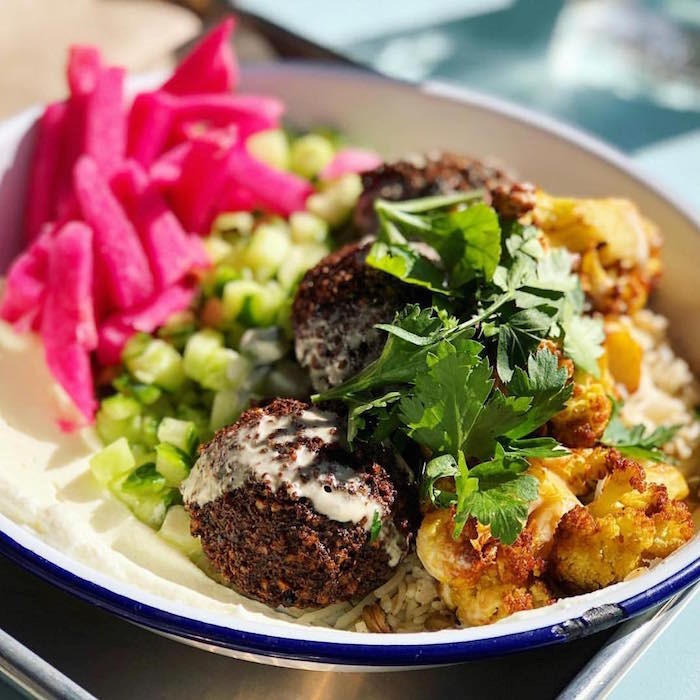 On the menu will be some signature Superbaba stuff, like fresh falafel, fried cauliflower, hummus, fries, and turmeric cookies, served alongside maragaritas and more in the beverage department from Tacofino.

Superbaba launched in July 2017, and is an ultimate emblem of the power of collaboration. With the culinary talents of unconventional chef The Dallah (Abdallah El Chami), and the long-time restaurant acumen from partners Jason Sussman, Ryan Spong of Tacofino and Robbie Kane of Café Medina, and sub-partners Josh Carlsen and Mike Dawson, also of Tacofino on Vancouver Island, Superbaba is that dream hybrid of food, aesthetics, and business savvy.

“We are stoked to serve up falafel to all the people who have been asking us to come to Vancouver, and in such a beautiful space created by the Tacofino team," said Dallah via e-mail.

Hit up the pop-up to test drive some of their menu, and you can follow @eatsuperbaba on Instagram for the latest on the truck launch and more.