A few days ago we shared this Grant Harder image, " Astoria Boxing Trophies ", with you as the Daily Flickr Pickr. Completely ignorant to the history of the Astoria and it's connection to boxing, I asked what the deal was, and Dan Nickel answered...
0
Mar 18, 2010 12:34 PM By: Bob Kronbauer

A few days ago we shared this Grant Harder image, "Astoria Boxing Trophies", with you as the Daily Flickr Pickr. Completely ignorant to the history of the Astoria and it's connection to boxing, I asked what the deal was, and Dan Nickel answered... 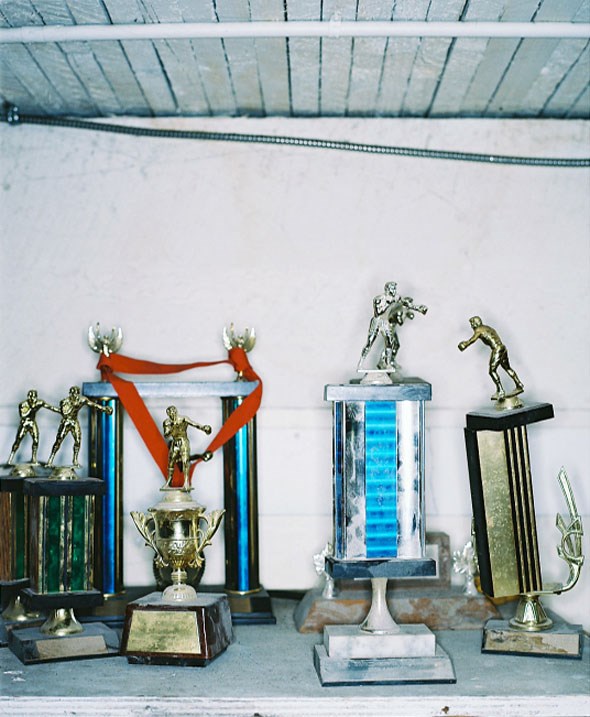 "The Astoria Boxing Club was founded in 1977. Its home was in the basement of the historic Astoria Hotel at 769 East Hastings Street, when the pub owner, Louis Valente Sr., allowed the club to use the basement space as a gym.

Boxers from the Northwest Eagles Boxing Club joined the gym shortly after it began, with top-level amateurs, such as the Angelomatis brothers and the English champ Kevin Howard, leading the way. George Angelomatis and Jack Duke managed the gym. Duke, a probation officer, recruited troubled and underprivileged youth to join the club, some from the nearby Raymur Housing Projects, which were only two blocks from the gym. Many young men from the projects came eager to box, and from the very beginning the gym had several national champions.

Longtime club members, such as the Mitchell brothers, the Galler brothers (Randy Galler won the Championship in his first year at Nationals), Dale Walters, Manny Sobral, Jimmy Warral, and Geronimo Bie kept the gym in the spotlight for many years. Bie was a silver medalist in the Commonwealth Games, and during one year, the club had five National Champions at the same time.

In 1998, the club left the Hastings Street location and moved to the North Burnaby Inn, where it stayed until 2002, when renovations to the Inn forced a move. From there, the famous club moved to its current location at the Fraser Arms Hotel. To this day, a core group of young, hungry, and talented boxers are joined by George Angelomatis, Mike Vukelic, and Jason Noel, who together are building on the illustrious legacy of the Astoria Boxing Club.