Welcome to an 'isolated island community' that 'experiences miraculous events — and frightening omens'
May 5, 2020 2:37 PM By: Lindsay William-Ross 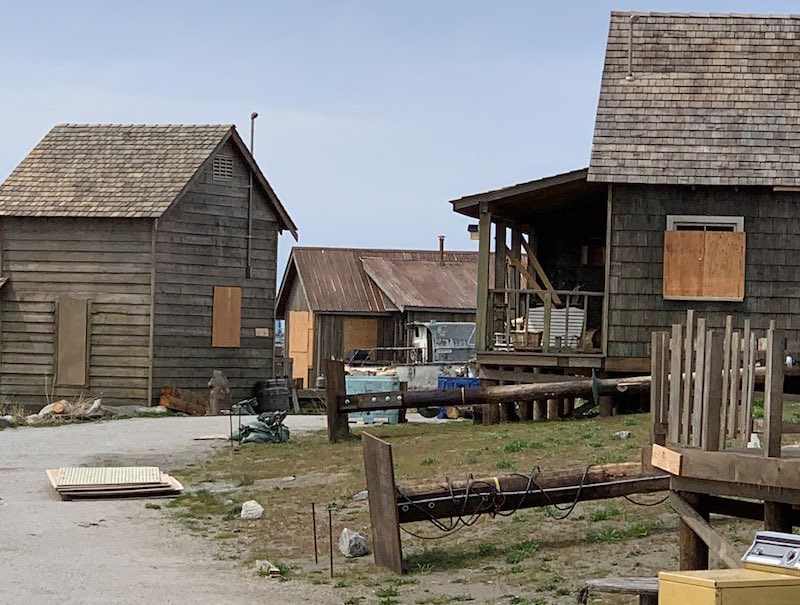 Up here in Hollywood North, COVID-19 has taken a massive bite out of our huge film and TV industry. Productions came to a halt abruptly in mid-March, and questions remain about how the biz will run once the province gives it the green light.

Midnight Mass is the project of Mike Flanagan (The Haunting of Hill House), and stars Robert Longstreet, Annabeth Gish, and Henry Thomas.

For the production, an elaborate eerie-looking town was built in Richmond's Steveston area, at Garry Point Park. The popular filming location had hosted the show Siren previously in December.

The seven-episode series Midnight Mass tells the tale of "an isolated island community experiences miraculous events — and frightening omens — after the arrival of a charismatic, mysterious young priest," according to ComingSoon.net.

Shooting was due to begin on-site mid-March, however COVID-19 put a stop to that.

@WhatsFilming they’ve closed off a huge part of Garry Point Park for a new Netflix show. They put up beach cottages and fake power lines inside and have tons of fishing village stuff. They say they start shooting next Monday and it’s horror. Anyone know more about it? pic.twitter.com/vATWEASl4L

Of course, the set is awaiting to resume being used, and so the spooky village sits, fenced in and supervised by security, but still able to be seen by the public. It's not abandoned in the traditional sense, but its occupants have been forced to step away from it for now.

Local vlogger Jean Claude Van Couver took himself on a self-narrated tour of the village, with lots of peeks through the fencing at the town's creepy details.

Check it out in his video, or in person if you head to Garry Point Park. Take note, however, that the walking paths are all one-way only right now.