“Comedy is tragedy plus time.” It’s been said many times by many comedians. I believe the original usage dates back to the great Carol Burnett.
0
Jul 7, 2010 10:00 AM By: Graham Clark

I saw Charlie Demers’ first performance of stand up comedy and I remember that he sounded like Woody Allen. I mean, he really sounded like Woody Allen. His delivery had all the pauses and inflections most would associate with the New York legend. Sounding like one’s hero is common amongst new performers, it is however, less common to hear someone sounding like a comic who hadn’t performed live on stage for decades. Even less common is when a person’s first show is filled with completely written and fully realized jokes.

Since that first set, Charlie has developed his own voice. Gone are the almost absurdist scenarios Demers had crafted (he accidently purchased the fallen Saddam Hussein statue for his father’s garden) and in their place, honest observations about our world, and personal revelations about interracial married life.

Charlie is a comic, a writer with two published books under his belt, an activist and a regular on various programs on the CBC.

When some young pup walks on stage for the first time sounding like Charlie and talking about trying to fit in with in-laws of a different race, the circle will be complete.

Charlie was kind enough to answer some questions for Vancouver Is Awesome about all things comedy. 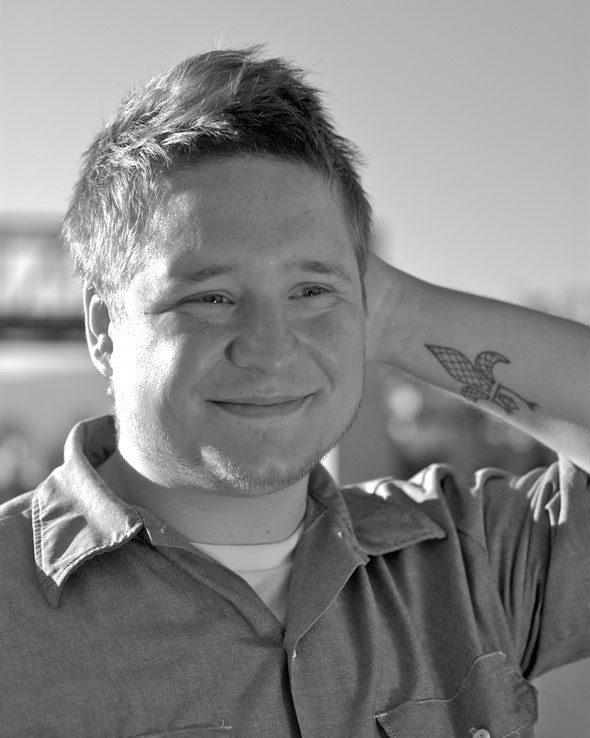 I was at the CBC a month or two ago, and we were recording a snippet of what was supposed to be former Toronto Blue Jay Roberto Alomar reading the life story of Corey Hart.  In a thick Spanish accent, my line was 'I realized at that moment -- surrounded by darkness, able to see no friends or family around me -- that I was wearing my sunglasses... at night.'  I was in a sound booth with two other people, and we literally took about ten minutes to record that one line.  My whole body hurt from laughing.

Who’s a comedian you think everyone should see at least once?/Why?

Andy Kindler.  He's so powerful that for weeks after every time I see him, I sound like him both on stage and off.  He's just too good.  The phrase 'funny on so many levels' has been cheapened and turned into a cliché and sort of a joke, which is a shame, because that's how Andy is: it's meta-comedy, and it works at the meta level, but then the jokes, too, are hilarious.

Tell me about your first time on stage.

You were there.  I had arranged to do four minutes at the Laugh Gallery, and had brought some friends down.  Kliph Nesteroff was up one or two spots before me, and did a joke about this "squeegee anarchist" who had introduced Noam Chomsky totally inappropriately at an anti-war demostration, as though he were "Whitesnake."  As you've probably guessed by now, I was the guy who introduced Chomsky.  I thought it was a great omen.  So I opened with a reference to it, and said 'I didn't think I did anything inappropriate, but now I know why my family was angry after my eulogy at grandpa's funeral,' which I then acted out with air guitar.

What is the hack premise you hate the most?

Anything with little people, aka "midgets," unless it is a real, specific story, like yours where you're opening for a little person comic.  But like anything where the joke is that "midgets" have special powers or are supernatural, I can't stand, even when it's somebody great like Patton Oswalt.  Also, jokes about 'political correctness' that are really just complaining about having to be decent.  Why is 'no peanuts in schools' a political correctness thing?  Isn't it just a no kids dying thing?

Write me a joke about your combined heritage. (i.e. My mom is Irish and my dad is is Italian, so we’re drunk and hairy!)

'My mom was English-Canadian, my dad's French-Canadian, and I was born on Canada Day.  That's because in this country, every time the English screw the French, the results come out July 1st!' (bonus point: I actually told that joke my first time on stage).

What is you ideal venue for comedy?

Theatres are fun -- like the Cultch is great.  My dream is to one day get to perform at the Orpheum.  That'd be the greatest experience, but I'm sure it wouldn't be the best show, you know? Anyplace dark, with cool people, set-up right to let a small crowd sound big, that's a blast.

Where do you stand on hecklers?

Their necks!  Just kidding.  Seriously, though: do I come in to your work and ask where you stand on hecklers?  Personally, I hate them, but some comedians do encourage them, and that sends mixed messages to the crowds, so to a certain extent it's not their fault.  But they're stinkeroo.

Every article about comedy has to have a pun in the title, what would you like yours to be?

"Demers is da-mayors of Comedy City."

Is this some kind of trick question?  Just kidding -- LOL!  I think the margins of any society, amongst the outsiders, that's where the funniness is most heavily concentrated.  I think that's one of the reasons why in 20th century American comedy, for instance, blacks and Jews were such comedy pioneers.  In Canada, look at how much comedy has come from places away from the power centres, like Newfoundland or Halifax or Winnipeg.  I think Vancouver's like that.  Since there's no way you're going to get a career out of it, you're free to be creative.

What is one personal rule of comedy you always follow?

Identify a situation where I don't know what the deal is; ask what the deal is; find out what the deal is.  Um, one rule I like follow is don't do any joke where you go 'What's the reason for this crazy thing,' like you're the genius, when in fact there is a reason that someone in the audience could shout out. Like the old joke about 'Why don't they build the whole plane out of the black box!?!', imagine someone in the audience calling out the reason, 'The plane would be too heavy and could never get airborne' or whatever; I try not to do any jokes where my own ignorance of a situation is transformed into indignant common-sensism.

What one myth about comedy you’d like to dispel?

That men and women are different -- we're not so different after all.  Also: there's a moment in the DVD extras for the Larry Sanders Show where Garry Shandling is hanging out with Seinfeld, and Seinfeld is complaining about how stand-ups don't get the respect that actors do.  Then he imitates the 'average' audience member going 'I saw him twice and he did the same jokes!'  Yeah, well, that's how it goes.  It took me as long to write half an hour of material as it took me to write a novel.  Show some respect!

Where would you like to end up in your comedy career?

Honestly?  Some combination of radio, stage and page.  I would just like to write a book (or major writing project) a year, do a show on CBC, and perform stand-up and sketch comedy.  That's the ideal situation for me.  It's okay for me if not all my income comes from the things I like doing; what I want is to write and perform, and for the people who write and perform, or who enjoy writing and performing, to like me and respect my work.  Also, two drinks is the perfect amount for me, so I'd like to keep doing shows at places where you get two drink tickets.