“Comedy is tragedy plus time.” It’s been said many times by many comedians. I believe the original usage dates back to the great Carol Burnett.
0
Jan 5, 2011 10:00 AM By: Graham Clark

As the title of this article implies, funny and sad are easy friends. Buster Keaton looked sad while doing the most absurd of things. Steven Wright looks the poster boy for the glum. Bill Murray can make the world look hopeless one second and have your cheeks hurting the next. It was at first the work of Wes Anderson that allowed Murray to be the outward sad clown. Anderson’s movies as a whole exemplify this dynamic.

When I have seen Nicole Passmore perform, she can walk this line as deftly as a tight rope. This is not to say that Nicole is a sad character, far from it. She is bubbly and bright in person, but on stage sadness is close to silliness.

On stage at the Hero show, The Pump Trolley Comedy show, or in sketches as part of the sketch duo Pony Hunters (featuring the equally wonderful Kaitlin Fontana http://vancouverisawesome.com/2010/09/29/tragedy-plus-time-volume-13-kaitlin-fontana/) I have seen her create characters that are by turns ridiculous, sweet and hilarious (http://vimeo.com/5761302). In the Christmas web series Mental Beast her Joan is the employee you avoid long conversations with, but you know might be the only one who would visit you in the hospital. Recently, Nicole did Wes Anderson proud when she re-enacted Luke Wilson’s character from the Royal Tenenbaums – Richie Tanenbaums’s suicide scene (http://www.youtube.com/watch?v=9pyBB7y8fDU) by cutting her hair off on stage. This is nothing less than a lesson in commitment.

Passmore’s skills in sketch and comedic commitment were not born of nothing. She spent years as an improviser before, during and after university. Nicole has put in time with Rosa Parks Improv and  the Vancouver Theatre Sports League. She hasn’t kept these skills to herself, instead choosing to coach a new generation of improvisers at the high school level.

All this work shows a drive and dedication to comedy that must make some attempts by others feel sad or even tragic.

If you would like to know more you can go to: http://www.ponyhunters.ca/

Nicole was kind enough to answer some questions for Vancouver Is Awesome. 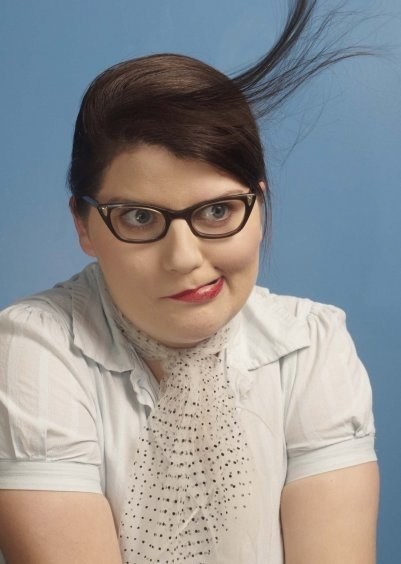 My friend and I drove to Squamish for no real reason, and went to see Jackass 3D at the only theatre up there (it was that or Secretariat). And it was only playing in 2D. And there were only 2 other people there, a couple in their 50's. And there's a part in it where they're all being blown away by a jet engine, and it was so clear that parts of it were meant to be 3D, but we saw them in all their 2D glory. 3D in 2D=2 much!

The myth that all comedians are funny all the time. I like people (as a concept), I like entertaining people (this is more true than the last statement), and I like it when they think I'm pretty funny on and off-stage (truest), but I don't like it when a person I hardly know asks me to "say something funny" once I've told them I do comedy. I'm not always "on." And they're not paying me.

It would be warm, and comfortable, and mid-sized. And there would be cookies, and people who really wanted to laugh and didn't want to yell things except when giving suggestions or applauding. Apart from the yelling part, I'm basically describing my grandparents' house. Build a stage Grandpa, You have the tools.

"Hooooow come women open their mouths when they're putting on mascara? That's crazy! And why won't men eeeeever ask for directions? Unless it's directions to a strip club or their secretary's vagina, amiright? Up top ladies!"

The only thing that redeems the thought of terrible, gendered, hackneyed standup like this is imagining Dave Shumka doing it.

*Male versions of this also need to go.

You recently cut your hair off on stage, what did it feel like to do something that would last a long time for only one audience to enjoy?

Exhilirating. Amazing. I knew a Hero Show audience would appreciate the fact that I was dressed head to toe as Richie Tenenbaum, and would share the joy of me pretending to commit suicide onstage (ha, joy). Of course he cuts his hair first, so I did too. My hair was really long, but hair grows back, and I donated it to the Canadian Cancer Society. Part of me momentarily regretted that it wasn't filmed, but I'm happy now that it wasn't because it made the experience intimate in a way. I hope that at least one person someday will take a little pride in having caught one of my Starburst blood droplets, and look back on that night as something that had to be seen to be believed.

But thankfully I did it at a sold-out Hero Show. It would have been truly depressing to have done it at a poorly attended open mic night somewhere like Kits. Elliott Smith level depressing.

Also, some of the hair I cut off is hanging in the ManHussy office as a rat tail on a poster of a head. For reals.

What can improv give you that working within a scripted character cannot?

Freedom. It's a cool feeling to know that I have the freedom to change what I'm doing for a show at any moment. If something isn't working, I can find a way to make it work for that particular audience. No matter how awry things go, there's always something new to replace it, or some way to make it right. Even cheap tricks like claiming it was all a dream. Inception did it; so can I.

Is your comedic voice more the result of looking inward or outward?

This is a really good question. I'd say inward mostly. I definitely pull from the mostly British comedy I watch- League of Gentlemen, Mitchell and Webb, etc- and from the live shows I see, but when I'm improvising or writing sketch I pull from all the random bits and pieces of life that have come my way and aren't doing much else than sitting in my mind. Like Egyptology, or China's food safety indiscretions, or that laugh I heard on the street. It all adds up, and then use it onstage.

Our scene is new enough that anything can happen if we work for it. For the most part comedians here like each other, but we still have that competitive edge that makes us try to outdo the rest. We have to struggle sometimes to make shows happen; we have to win over hipster audiences and guido audiences alike; we have to deal with a lack of venues, and a city trying to shut down what we do have. You've got to build character here to succeed. We're a good place for comedy because we're charming and bright-eyed and perseverant.

There's an Israeli improv duo called Three Falling. English is their second language, and they're still funnier than the rest of us.

And if Bita Joudaki, Aaron Read, and Emmett Hall did a show together I might die laughing. See any/all of them do improv/sketch/standup/live their lives...You won't be disappointed. Unless you don't like pure unadulterated joy.

What is your favorite joke (street or otherwise)?

Street jokes? Is that the industry term?

There was this standup  comedian I saw once whose name I don't remember. I think he had an Irish accent. He had a joke that stuck with me about how unfair it is for all the depressed people of the world to choose to swim with dolphins. I like that.

I wrote these while trying to figure out a relevant pun:

Punn Station- Where the trains run on thyme! And boy do those steam engines smell good!

But I guess I'll go with "Girl Gone Wilde: Uncensored, Out of Control, But Not A Woman of No Importance!"