“Comedy is tragedy plus time.” It’s been said many times by many comedians. I believe the original usage dates back to the great Carol Burnett.
0
Jul 21, 2010 10:00 AM By: Graham Clark

Off stage, Morgan Brayton wouldn’t be out of place with the brassy, sassy ladies of the 1930’s. She can conjure an aura of Mae West with little effort.

On stage she can conjure much more than auras, as she is able to bring a multitude of funny and endearing characters to life. From a moth looking for love to a suburban lady named Button Bradley who nervously addresses her first women’s studies class, Morgan never stops molding believable characters you wish were real.

Morgan has been a person of many faces in her career as well. Before I met her, she was part of the sketch troupe 30 Helens and since I’ve known her she has been the artistic director of The Vancouver International Comedy Festival (where she gave me my first ever festival spot), created Vancouver Sketchfest, was one half of the comedy duo “The Crawford Twins”, wrote a regular column for Xtra West, served as the head mistress of the Vancouver Dyke March festival stage and host of the Pride Parade festival stage.

This is a shortened version of an ever growing and changing list of accomplishments Morgan has achieved in Vancouver.

In spite of her non-stop schedule Morgan has always found time to be a supporter. She can often be found in the audience cheering on acts of all types and if you’re lucky, you’ll be on the receiving end of one her full and unmistakable laughs.

Brayton is the person who taught me to be aware of lazy comedy. She showed me the inherit laziness and lack of creativity that is involved with aiming at easy targets. If this were the only thing I learned from Morgan, it would be more than enough.

Luckily, the things I can learn from her are as numerous as the characters she creates.

Morgan answered my questions, because she is nice like that. 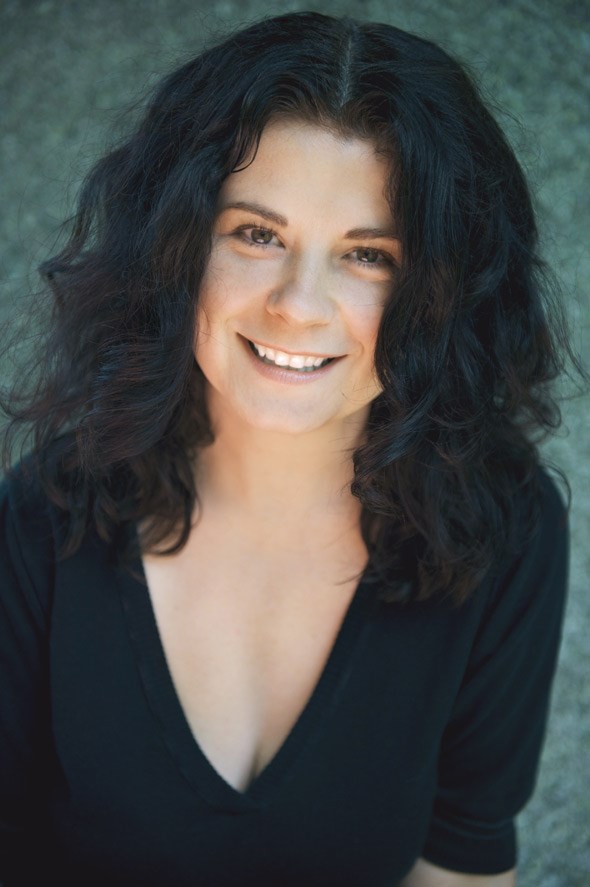 Yesterday! My wife was really, really mad at me about something and it all just seemed so dramatic and over the top. I got into a fit of giggles which turned into the kind of laughing where you can't breathe and tears run down your face. I am now divorced.

Is it harder to be woman working in comedy or is that a myth?

I think women have to be more outstanding (more outstanding? what?) in order to fit in, for sure. The bar is lower for dudes. Women are scrutinized more, maybe just because we're still part of the scene in smaller numbers at this point. I think it may be easier in sketch than in stand-up because it's less competitive just by virtue of the form. Stand-up is performed by individuals but with sketch, it's not about you, it's about the group. So I think this tends to breed a more supportive atmosphere. And let's not kid ourselves, comedy is still a boy's club. If you don't agree, you haven't been to a comedy show recently. So, I think female comedians have to be better to be accepted, have to put up with a different kind of shit than male comics do (when was the last time a host introduced you by talking about your tits?) and have to push forward with less camaraderie than male comics do. Then again, I think comedy is very much about seeing things from the outsider perspective so maybe it's easier.

What is your dream comedy venue?

I want to perform a one-person show at the Lyceum on Broadway one day. I also fantasize about owning a 50 seat theatre with a liquor license in Vancouver. Broadway is probably more likely.

How would you describe sketch for someone whose only frame of reference is SNL?

I always use SNL when people ask what sketch comedy is (no, it's not stand-up...no-it's not improv) because everyone has seen it at some point in the show's 35 year run. Ultimately, sketch consists of short, comedic scenes. But within that, sketch can be anything--I've seen sketch that is very theatrical and sometimes physical, sketch that is so absurd I've laughed in spite of (or perhaps because) I had no idea what was going on, sketch that is so topical it's only relevant for that point in time...there is no one way to create sketch but, yes, what most people know is SNL.

Is it? Did I say that? Hmmm...well, like anything, Vancouver goes through phases and sometimes there is a lot of great comedy going on, sometimes there's a dearth. It's definitely a hard place to do sketch because of the lack of affordable venues. Sketch in bars can work but I prefer to do shows in a more theatrical venue where we can control the lights and sound and no one is scraping a keg across a concrete floor while you try to remember your lines. Since it's scripted, it's harder to roll with the punches so the fewer variables you have, the better. What was the question? Oh, yes. I don't think it's a great place for sketch comedy right now but it has been in the past and it will be again. Also, Vancouver audiences are notoriously tough and unwilling to take risks. People want a money-back guarantee and you don't often get that with any art form, let alone comedy. So getting people to take a chance and check out comedy that may or may not be as good as a polished, professional show like they've seen on TV is a tough sell. However, there is something to be said for Vancouver being a good training ground because of that. You have to work harder here, you have to produce your own shows here, you have to really, really want to do comedy if you're going to do it in Vancouver. If you work that hard, you'll inevitably get better. And then you will move somewhere else and be appreciated.

Who is one sketch group/performer you think everyone should see at least once?

I really love a group called Unitard out of New York. http://www.facebook.com/pages/Unitard-Comedy/85843874832 I saw them first in 2005 and I still think about that show and quote sketches from it. Their stuff is wickedly smart, sometimes absurd, so well-structured and written and they are all such strong, captivating performers. From Carol Channing singing Anarchy in the UK to a pregnant woman smugly announcing that she's better than you because she's having a baby, a white baby, to the line "I can't have anyone else in my bed; I sleep like a swastika" I just laughed from beginning to end.

You perform both as a solo act and in sketch acts, what is the thing you like the most about both?

Groups or duos can be easier because you have someone to run with your ideas and you feed off each other's energy. I also find things tend to move faster for me when I work with other people because I don't want to let my co-writers and co-performers down. I am a super lazy writer so, left to my own devices--well, my last solo show was five years ago. 'Nuff said. But it can be challenging to find a group that shares the same comedic sensibility and that is made up of people you can get along with so I tend to prefer working solo. You could read that as I think I'm funnier than everyone else and no one likes working with me but you shouldn't, okay?

Morgan Brayton: Solo comedy that will get you so high!

You have been a performer who has been a big part of the queer comedy community in Vancouver. What, if any, are the differences between playing for an exclusively queer crowd over the run of the mill bar or theatre patrons?

Queer audiences can be more supportive because we so desperately want to see ourselves represented in art and culture. It doesn't happen enough and, when it does, it's often stereotypical and hateful. So, I think there's an element of, "Hey! She's like us! And she's on stage making us laugh! We LOVE her!" But my stuff is not particularly queer. Being queer certainly informs my work (there's that outsider thing again) but I don't really have too much new to add to the discussion on what it's like to be gay. If a character being queer helps forward the story I'm trying to tell then I'll write her/him that way but I don't wake up every day thinking, "How can I make the gays laugh today? I wake up every morning thinking, "Good morning, gays. No, no, I'm here to make everybody laugh. Let's do this."

If you want to see Morgan’s latest creation you can see her show Racoonery that is part of the Queer Arts Fest:

You can see more of her at www.morganbrayton.com