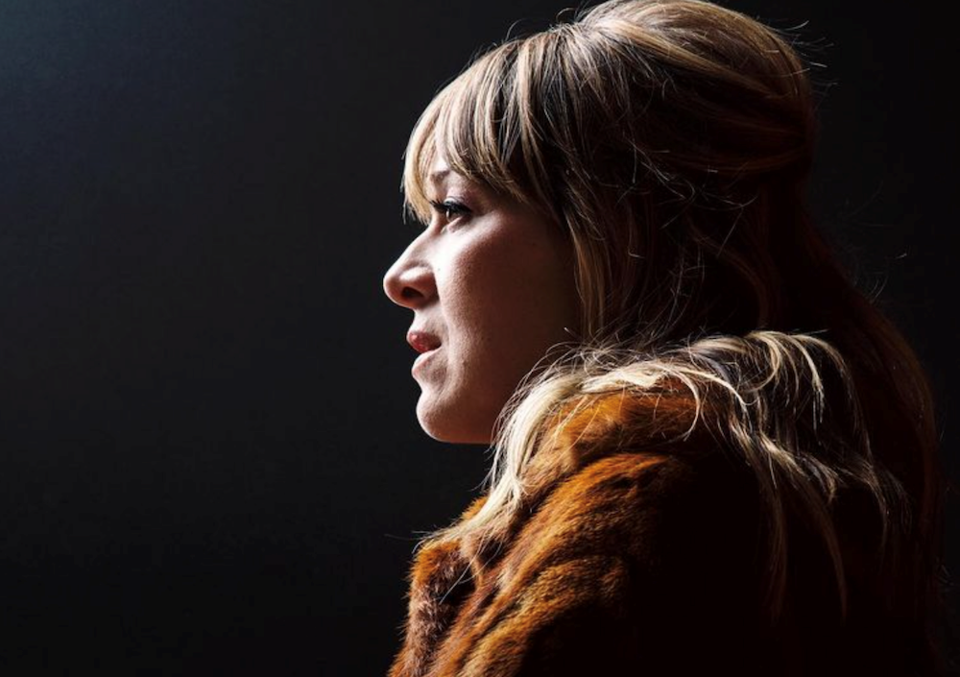 In the 1930s and '40s, Vancouver music fans could find legendary entertainers like Nat King Cole, The Ink Spots, Peggy Lee, Billie Holiday, Ella Fitzgerald and Louis Armstrong gracing the stage of the Palomar Supper Club, located at the corner of Burrard and Georgia streets.

Musician Jill Barber is stepping onto the same stage for a performance tonight, Nov. 20—despite the fact that the historic music venue was demolished in 1955.

How? Barber is partnering with Shocap Entertainment to present a live-streamed immersive musical experience that's combining virtual reality and XR technology to "resurrect" the Palomar.  Alongside her "phantom" jazz band, she's taking advantage of modern technology to bring  her critically acclaimed repertoire of folk, vocal jazz, pop, and songs—as well as her audience—back to a time in music history that's long since passed.

The Juno Award-winning musician was first contacted by Shocap toward the end of the summer, to discuss a possible collaboration. As Barber tells, the production company known for its cross-reality entertainment and visual effects technology was keen to work with different types of artists to present more live, immersive experiences—despite her initial hesitation that perhaps motion-capture suits and immersive reality may be incongruent with her work.

"So we just kind of played around, and then we landed on this idea of like, 'Wouldn't it be cool to create a virtual environment that sort of mimics an actual nightclub,' you know, in these times where people can't really go out to a busy nightclub," she recalls.

"It's impossible to go out and do that in these times, but maybe we can make it possible virtually."

The ideas began spinning, eventually bringing a phantom jazz band and nightclub patrons—i.e. real musicians in motion-capture suits—into the fold, with the entire performance taking place in front of a green screen.

"We thought it would be cool to go back in time and be sent into the future at the exact same time for this event," says Barber.

But while her band may appear otherworldly, Barber ultimately opted against the motion-capture suit for herself (despite the temptation "to do something really wild and out there.")

"It was really fun to play around with that, but at the end of the day, I know my audience pretty well and I think what people want, what people are really needing right now is authenticity. And I think what we're going to deliver [tonight] is very much  an authentic show," she says. "I will be me, 100 per cent real ... just performing in front of a green screen, but you'll see me as me."

The decision to recreate the Palomar specifically was inspired by Vancouver After Dark, the latest book from B.C. author and historian Aaron Chapman. In it, he explores "the wild history" of the city’s nightlife—including the famed Supper Club.

"As a Vancouverite, I thought it might be cooler to give [the performance] more of a sense of place, you know, that's more familiar, and a place that actually existed at one time," Barber says. "I was intrigued by the artists that came through the real Palomar."

Shocap's "very detail-oriented" special effects team re-imagined what the interior of the venue would have looked like in its heyday, recreating noteworthy details like the Palomar's multi-tiered stage and art deco-inspired design. They've even gone so far as to place recreated Palomar menus on virtual tables, alongside beer bottles with labels from a long-gone Canadian brand that was popular at the time, tells Barber.

But in the context of COVID-19, virtually resurrecting a long-since-demolished venue holds more symbolic weight than solely serving as a point of interest for music history buffs, Barber explains.

"I thought it would be kind of poignant," she says. "We're actually at risk of losing real venues. And people are so starved for that experience that it all just kind of seemed like the perfect pandemic project."

The lead-up to Friday's live-streamed performance has been a welcome distraction for Barber, who hasn't been immune to the pandemic's effects on the music industry.

"It's been rough," she acknowledges.

"I'm 18 years into my career, and I've spent every year, every day, every month, just trying to build momentum, keep momentum, release new songs, write new songs, release new albums. I feel like I've been on this kind of train-hustle ... you know, in the best of times it's not easy to be a musician, so to have all of that fall away and have that kind of train I've been on just grind to a complete halt indefinitely has been disorienting."

Amidst the hardships, Barber says she's moved through "the stages of grief."

"I've basically reached acceptance," she says. "This is what we're dealing with, and you can either adapt and find new ways of doing things for the time being, or bust."

She continues, "I'd rather just look for the silver linings, the COVID-silver linings of which there are some, and kind of just beat down that new path and see where that leads. And it led to this project."

While the live-streamed performance may appear to be a vast departure from the live concerts Barber was used to performing in pre-pandemic times," it's not as different as you might think," she says.

"At the end of the day, I'm on a stage—a green stage, in front of a green screen—but  I'm under the lights, I'm playing live music with a live band, and I'm singing my songs."

To that end, Barber says her overall goal remains to communicate with her audience through her performance, but though a screen rather than from the non-green stages she's used to. That, and to make the live, online performance one that audiences are excited to attend "in its own right," not as a second-best alternative to the real thing.

"I want folks to feel like they're part of an event, because that is a feeling that we have been missing," she says.

Before the world turned on its head this year, "If someone had said  I'd be doing this, I'm sure I would say 'Oh my god, that's like a post-apocalyptic nightmare, I can't imagine ever doing that.' But now that I'm actually here, it doesn't feel nightmarish. It actually feels kind of cool—I think that we're using technology to our advantage, as opposed to technology kind of taking away from our industry."

While some forms of technology may have hindered many artists' abilities to earn a living in the past few decades, Barber says, "in this case I feel like the tables are being turned."

EVENT: Jill Barber and Her Phantom Jazz Band at the Palomar Supper Club

9 things to do in Vancouver this weekend
Nov 28, 2020 9:00 AM
Comments
We welcome your feedback and encourage you to share your thoughts. We ask that you be respectful of others and their points of view, refrain from personal attacks and stay on topic. To learn about our commenting policies and how we moderate, please read our Community Guidelines.