Candles will be lit at the nternational Overdose Awareness Day Vigil & Rally to remember those that have died from drug overdoses.
0
Aug 31, 2018 11:14 AM By: Melissa Shaw 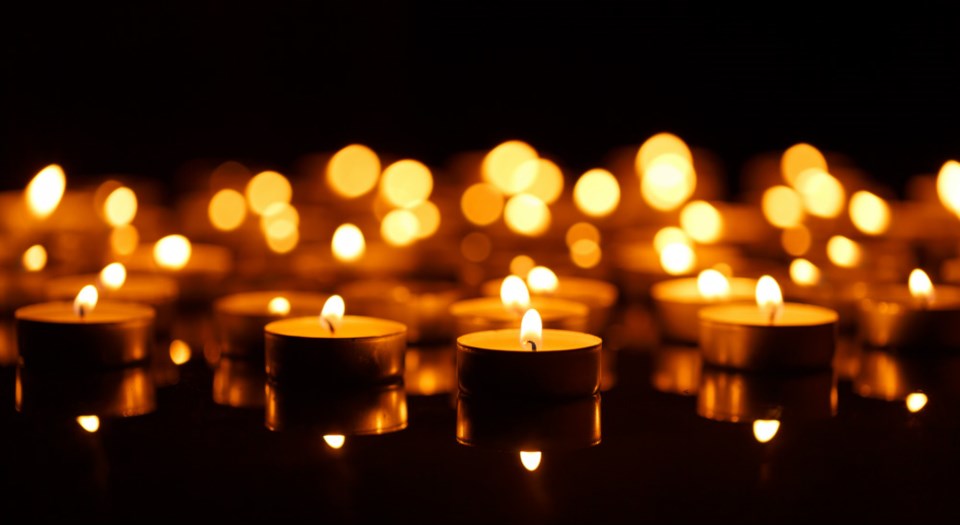 Candles will be lit at the nternational Overdose Awareness Day Vigil & Rally to remember those that have died from drug overdoses. Photo Shutterstock

City Hall will light up purple tonight and a crowd will gather outside the Vancouver Art Gallery for a vigil and rally to mark International Overdose Awareness Day (IOAD).

Approximately 833 people have died in Vancouver from suspected overdoses since the start of 2016, according to a news release from the city.

“These senseless deaths have left a trail of devastation in our community, but Vancouver is a resilient city and we won’t stop fighting for lifesaving measures - access to addictions treatment, clean opioids and essential health supports," says Mayor Gregor Robertson.

Rally and vigil organizer Tabitha Montgomery lost her father, husband's brother, her daughter's father and best friend to drug overdoses. "If I'm able to help bring people together to share some hope, courage and learning how we can put awareness into action -- I know that one positive thing can come out of the losses that I've experienced."

Montgomery says they are starting to see changes in the healthcare system such as the opening of more safe injection sites, free harm reduction training and distribution of naloxone kits, which contain overdose-reversing medication.

She says more needs to be done to help people get access to treatment sooner for substance use disorders and mental health disorders. "If we can start opening more access to immediate detox regulated treatment then it helps people get off illicit drugs sooner because where most overdose deaths occur is with the tainted drugs on the street."

Not all overdose deaths are from illicit drugs she points out -- "some people mix prescription drug medications with alcohol, unaware of the fatal consequences."

In May, the BC Centre on Substance Use (BCCSU) released results of a drug checking pilot study at two supervised consumption sites in Vancouver finding that 88 per cent of the street opioid drugs sampled tested positive for fentanyl.

The city partnered with the BCCSU to purchase a drug checking machine that can detect the presence of fentanyl. The service is available at Insite Monday to Wednesdays from 10 a.m. to 5 p.m.

A report from the BC Coroners Service reveals that the top four detected drugs relevant to illegal drug overdose deaths were fentanyl (76 per cent) cocaine (48 per cent), methamphetamine/amphetamine (32 per cent), and heroin (24 per cent).

The report shows that more men than women die from drug overdoses and the majority of overdose deaths happen inside when people are alone.

In a statement, Darcy says they have opened more supervised consumption sites and worked with partners to distribute over 114,000 naloxone kits. "We are also seeing more people living with addiction come forward in spite of fear and stigma to seek help for themselves and others."

B.C. Attorney General David Eby announced this week that the provincial government would be suing over 40 companies alleging that the companies downplayed the risks of their drugs when advertising to physicians and contributing to the opioid crisis.

Join others in reducing the stigma of drug-related deaths at the International Overdose Awareness Day Vigil and Rally on the south plaza of Vancouver Art Gallery (750 Hornby Street) at 7 p.m.