If you’re curious about, or already way into, crystals, incense, tarot cards, and your own connection to the divine, mark your Wheel of the Year for August 10, which is Vancouver Pagan Pride Day.
Elisia Seeber
Jul 30, 2019 2:46 PM

Vancouver's pagan community is inviting Vancouverites to celebrate an alternative kind of Pride this year.

If you’re curious about, or already way into, crystals, incense, tarot cards, and your own connection to the divine, mark your Wheel of the Year for August 10, which is Vancouver Pagan Pride Day. 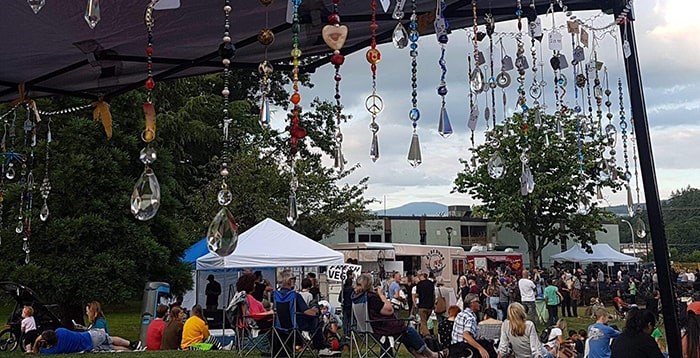 Vancouver’s pagan community is holding a free, by donation, celebratory event at Trout Lake, open to people of all ages and spiritual backgrounds.

The event is also ahead of an important time of year for those who observe pagan traditions, the Autumn Equinox, a time of giving thanks in September.

Goldie Lundbek, one of the coordinators, told Vancouver Is Awesome the event was a harvest themed celebration, which offered the community a chance to learn about paganism and its many traditions.

“It’s a focal point for the various fractions of the community where we can get-together, communicate, celebrate and learn from each other,” she explained.

“Because we are bringing the community together we like to give back to the surrounding community. We honour the native land we are on and we ask every participant to bring a donation for the local food bank or animal shelter."

Paganism is fairly broad and flexible in its definition, and can include traditions that involve nature, magic, pluralism, diversity, and The Goddess.

“A lot of people hear the word ‘pagan’ and they automatically think – devil, witch, heathen or scary,” Lundbek said.

“The word has been taken out of context over years gone by. Pagan comes from the Latin word paganus, which just means ‘country dweller.’

“It’s a term used to describe people who don’t have a certain style of religious beliefs.”

She said pagans live respectfully of nature, humanity, and oneself. For Lundbek, being pagan simply means, “honouring the seasons of the earth and respecting the earth.”

“I don’t believe in forcing anything when it comes to nature,” she said.

She said an example of this was eating foods that grow naturally during the seasons.

Lundbek said while the pagan community in Vancouver was growing each year, many people still felt a need to stay “private and quiet” about their practices.

“A lot of people stay sheltered, we call it ‘staying in the broom closet’ because of the stigma around the word pagan,” she said.

She hoped Vancouverites would come out and support the pagan community without judgement.

"Everybody needs some support," Lundbek said.

She said the 21st annual Pagan Pride Day would be the group’s biggest event yet, with up to 47 vendors taking part.

“We have so many people this year who wanted to show what it is for them to be a pagan and to answer questions that we have so many workshops at some points of the day people will have to choose between two,” Lundbek explained. 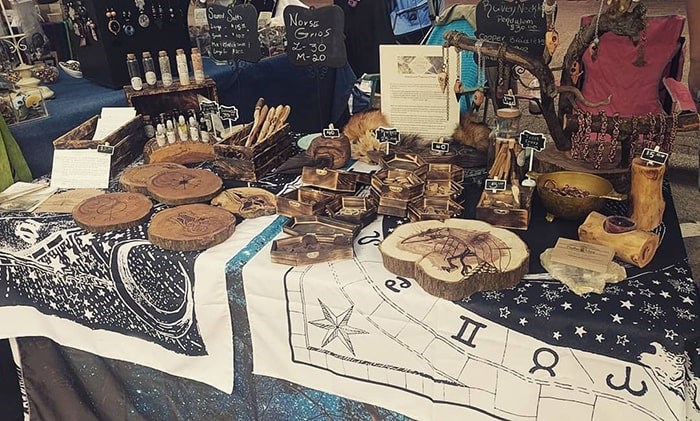 At the event, you will find information booths, vendors, live entertainment, free workshops, and an end-of-day Harvest Themed Ceremony. There will be tarot card readers, pranic healing, magic and meditation workshops and a whole lot more.

The event is in association with the International Pagan Pride Project, a non-profit organization, dedicated to “the elimination of prejudice and religious discrimination through education, activism, charity and community.”

Their events aim to reduce discrimination and "present the diversity and value that our paths bring to society."

Organizers emphasized that they "do not seek to convert but ask each person to Honour the Divine in the manner that best suits each individual.”

-- With files from Lindsay William-Ross

Vancouver artist shows what a Darth Vader flyby would look like near Stanley Park
Jan 25, 2022 12:37 PM