A former Vancouverite and his family are joining local residents who are gathering up clothes and buying groceries to help those in the Bahamas affected by Hurricane Dorian.
0
Sep 3, 2019 11:29 AM By: Martha Perkins 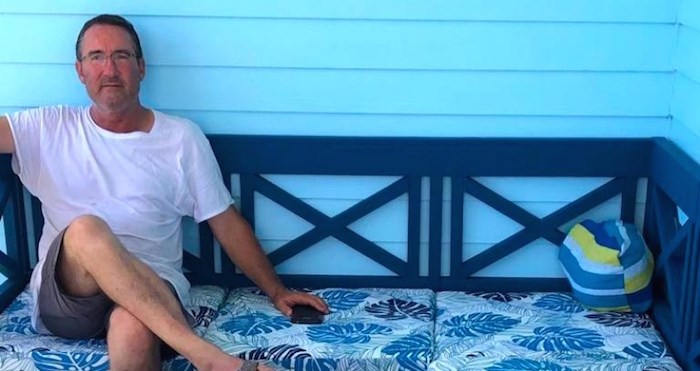 Blake Marshall moved to the Bahamas in 2003. He works for a construction company that is co-owned by former North Vancouverite Marc Hewison. Photo courtesy Blake Marshall

For Blake Marshall and his neighbours in the Bahamian city of Nassau, Hurricane Dorian’s winds did little long-term damage.

But they are all too aware of the destruction wrought on the northern islands in the coral archipelago. As the hurricane lingers over Freeport and Abaco Islands, Bahamians are banding together to get relief supplies to those who have lost everything to the worst storm ever to hit from the Atlantic side.

The former Vancouverite and his family are joining local residents who are gathering up clothes and buying groceries which will be taken by boat to the outer islands.

The informal relief effort — with rendezvous locations shared on Facebook — is being augmented by the U.S. Coast Guard, which has four helicopters removing stranded residents on Abaco. The British Navy is also on the way to help, he said in a telephone interview on Sunday morning.

“The stalling over Freeport is the really big deal,” Marshall said. “It’s the surge and all the rain. It just devastates everything. Someone sent us a picture. They were looking out their front window and there’s a fish swimming by….

“It’s pretty frightening for the people there.”

He’s waiting word from friend who has a house on Abaco. “It has been through Hurricane Floyd but this one is complete and utter devastation. A young boy apparently got whisked out and he drowned. People were on the second floor of their homes and there’s eight or nine feet of water downstairs.”

There is also anxiety over the fate of what’s known as The Mud in Marsh Harbour, where torrents of water turned roads into rivers. Its residents are primarily Haitian migrants who already had so little. “That whole little shantytown is just gone. People are being put in places and hopefully there’s not too much loss of life.”

Houses are primarily concrete, Marshall said, built to withstand a wind load of 240 km/h. Hurricane insurance is very expensive so many islanders don’t have it. Dorian’s winds were 300 km/h.

Marshall , a contractor who moved to the Bahamas in 2003 to escape Vancouver’s wet winters, works for Woslee Construction. It is co-owned by former North Vancouverite Marc Hewison. Their biggest current project is the Baha Mar waterpark.

When news of Dorian’s gathering strength spread, they made sure the site was free of debris and anything else that could get carried away by the wind.

At home, Marshall and his wife Julianne, who is Bahamian, did what they normally do when a hurricane approaches: batten down the hatches. They made sure their generator’s propane tank was topped up and they stocked up on water and enough groceries for them, one of their two daughters, Julianne’s sister and her three children. They filled their bathtub with water as an added resource.

“We’ve been through a couple of hurricanes and it’s a real guess,” he said. “If it had turned and started come this way, I’d close up the house and get out of town. With a Category 5 storm, all bets are off.”

The power was out but it’s been out off and on for the past four months anyway.

“It was windy, gusts of 30, maybe 40 mph. My parents used to live on Bowen Island and we’d get good breezes from the Squamish so it was like a good winter breeze there.”

They also have a house on Eleuthra which they rent out to tourists. “We have friends who sent video and it was just barely a breeze.” 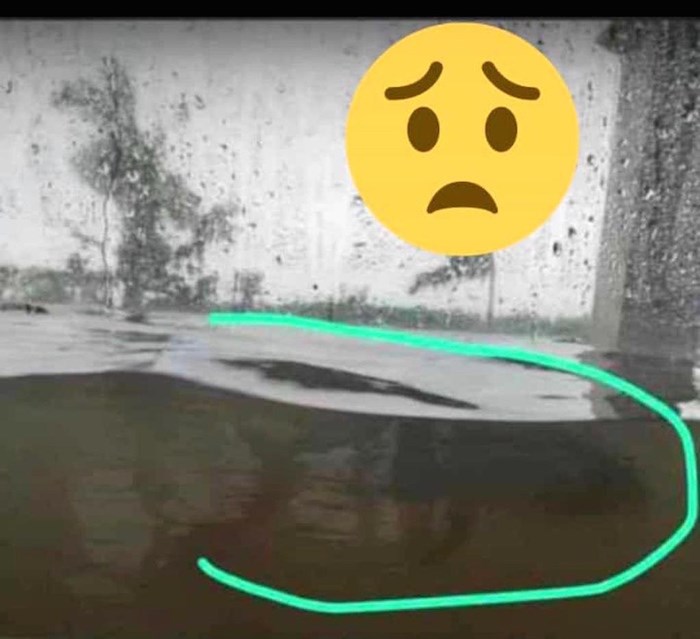 One of Blake Marshall’s friends sent him this photo of a fish swimming by their main floor window in the Bahamas in the wake of Hurricane Dorian. Photo courtesy Blake Marshall

For the areas hardest hit, however, recovery will take a very long time. All of the islands’ supplies come from Florida, so if Florida is affected by Hurricane Dorian, the burdens will be even more intense.

Marshall knows he and his family were very lucky. “If it had come to Nassau, it would have been a life-altering storm.”