Nikki and Myra at the game with a familiar bobblehead Two lucky Canucks fans won tickets to one of the last games the Sedin twins will play in the NHL. Congratulations to contest winner Nikki, who took her friend Myra with her to the game on Tuesday.
0
Apr 4, 2018 11:33 AM By: Melissa Shaw 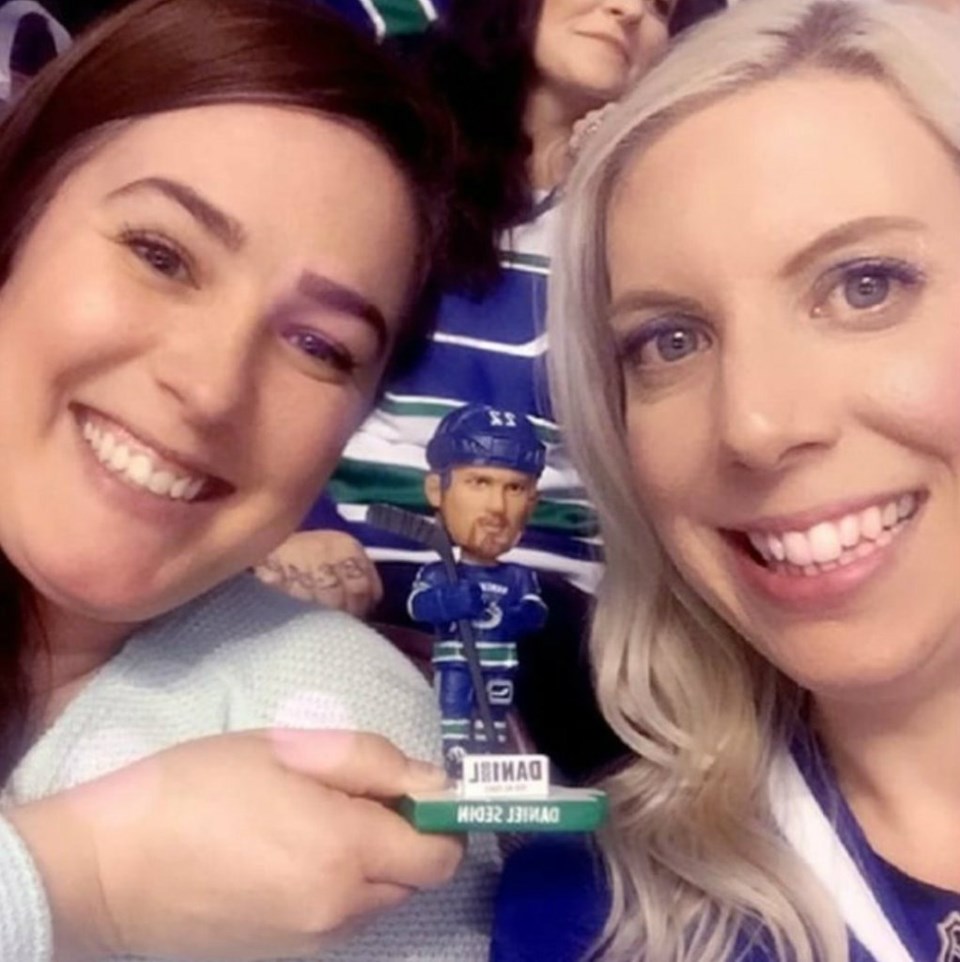 Nikki and Myra at the game with a familiar bobblehead

Two lucky Canucks fans won tickets to one of the last games the Sedin twins will play in the NHL. Congratulations to contest winner Nikki, who took her friend Myra with her to the game on Tuesday.

I WON TICKETS TO TONIGHT'S @Canucks GAME!!
Thank you so much @VIAwesome!!!@myra_mc we gonna have a blast!!#ThankYouSedins

Henrik and Daniel Sedin are in their 17th season with the Vancouver Canucks and received a standing ovation from fans at Tuesday night's home game against the Golden Knights. The twins announced that this would be their last NHL season in a letter posted to the team's website on Monday.

The game ended with a 5-4 shootout loss for the Canucks but the Sedins have two more games to play. Their last home game will be against the Phoenix Coyotes and their final game is in Edmonton on Saturday against the Oilers.

Our team at Vancouver Is Awesome held a contest on Tuesday asking people to write in and thank the players for all they've done for Vancouver for a chance to win tickets.

Paying it forward in spirit of the #thankyousedins: we're giving away these 2 tix to tonight's #Canucks game!

Reply with thanks to the twins for all they've done for Vancouver and be entered to win our random draw. Also enter on FB: https://t.co/jcfYrGMgO6#thankyousedins pic.twitter.com/tJj4NCqjMJ

We received over 200 responses from readers via Twitter and Facebook. Here are some of the things you said:

May your retirements be as smooth and rewarding as your passing plays. Thanks for the memories #thankyousedins pic.twitter.com/b0fX0DK6l8

Thank you Henrik and Daniel ,I’m watch you both when I came to Canada ,from I know nothing to in love in hockey game and now my 3 kids are born are all hockey lovers ,also a little fans of you both ?????????Thank you for the chance Vancouver Is Awesome

#ThankYouSedins for all the amazing things you did not just for the team but also for the city. Your tireless dedication to the sport of hockey and to the betterment of the people in the city in which you live is nothing short of inspirational. Vancouver loves you!

#ThankYouSedins for you skill humbleness and leadership! You made me love hockey. ??? 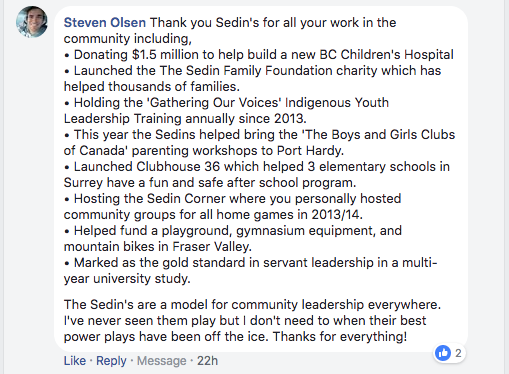