The lyrics celebrate Vancouver’s natural beauty and are filled with boundless optimism for the future — “This is the place where I want to grow up and fulfill my dreams” is the hook behind the catchy pre-chorus.
John Kurucz Aug 17, 2018 7:17 AM

Believe it or not, there was a time in recent history where Vancouver home ownership was within reach and there was reason to cheer about the events playing out on the ice of Rogers Arena.

The summer skies didn’t yet resemble the end of days and Sidney Crosby was on the cusp of scoring his once-in-a-generation “golden goal.” 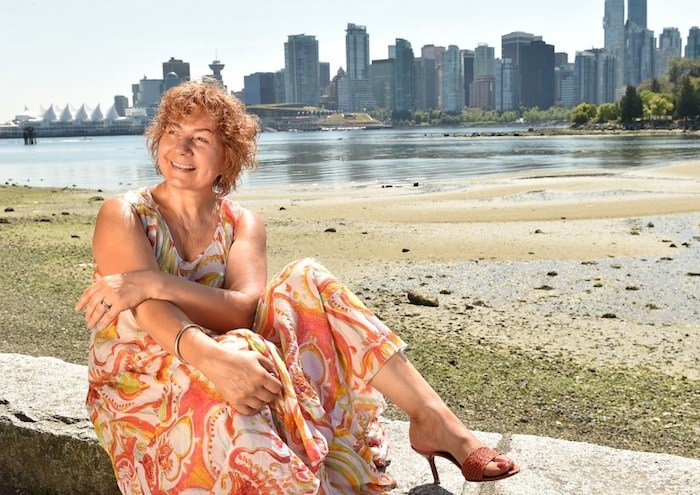 Ligia Oancea in 2018, where scenes from her viral video “Vancouver Song” were filmed (Vancouver Courier)

Vancouverites celebrated on the streets for almost a month straight, and — gasp — were seen talking to one another and seemingly enjoying themselves.

One song in particular crystallized those halcyon days like few others. Few others sound like it, and likely never will.

Enter the unassuming and unexpected YouTube star Ligia Oancea — a Romanian transplant whose deliciously catchy tune “Vancouver Song” has been viewed roughly 500,000 times since it went online at the onset of the 2010 Winter Olympics. She performed her song on local variety show Paul Anthony’s Talent Time and radio stations have played clips of the song.

Even Seth Rogen retweeted the video to his millions of followers on Canada Day this year.

In honour of Canada Day, please enjoy this amazing song about my hometown of Vancouver.?????? https://t.co/xGRB4ZaaOb

The low-budget video veers between decidedly amateur and a bit campy, and includes Oancea singing and dancing at Stanley Park, Science World, English Bay and at North Vancouver’s Ambleside Park.

The lyrics celebrate Vancouver’s natural beauty and are filled with boundless optimism for the future — “This is the place where I want to grow up and fulfill my dreams” is the hook behind the catchy pre-chorus.

Eight years later, the Courier caught up with Oancea in Stanley Park where much of the original video was shot. Oancea reflected on how Vancouver has changed since 2010, how she views her viral sensation with the benefit of hindsight and her plans for a revamped version.

“With Vancouver Song I had lots of fans, but lots of people didn’t like the song or didn’t like the video clip,” Oancea said. “It’s tricky when you expose yourself to the public. You have to expect that you’ll get good and bad feedback.”

Exposing her music to the public wasn’t part of Oancea’s original game plan at all. An elementary music school teacher in West Vancouver, Oancea wrote the song for her students as a sort of rallying cry when the Olympic torch passed through town.

Close to 600 rug rats from schools across West Vancouver did just that and Oancea thought that was the end of it. A Romanian friend who worked in TV suggested something more for the song.

Two hours and few rips across town later, and the video was done. Oancea thought it would be used briefly on Romanian television only.

Oancea’s producer friend uploaded it to YouTube, and it was an instant case of boom goes the dynamite: thousands of views, hundreds of comments, gig offers, radio play and media attention.

“I was happy with it, but I didn’t make a big deal out of anything,” Oancea said. “I made a poor choice in my clothes with the fur. I think that made it more famous. Or infamous.” 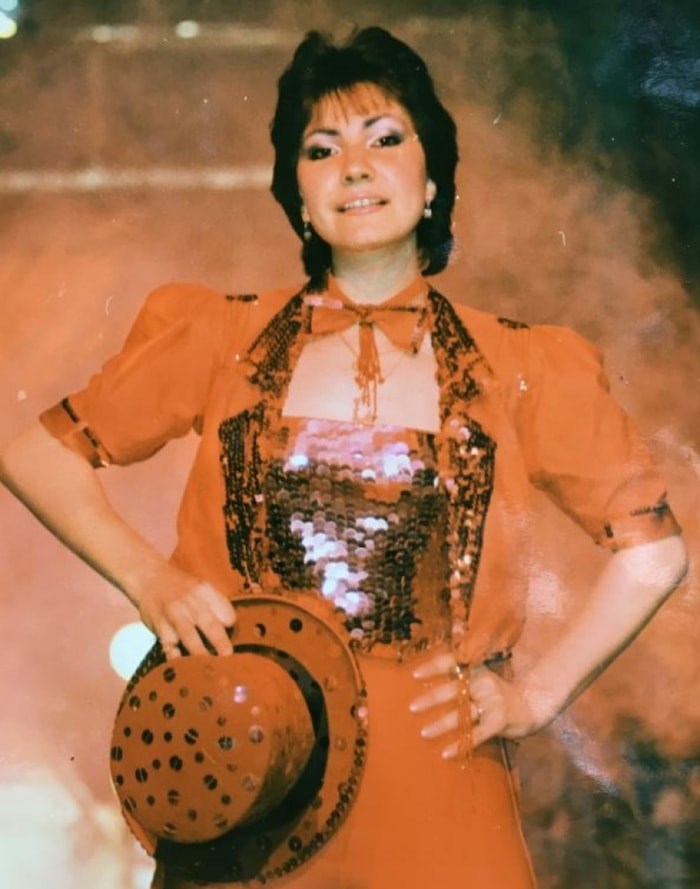 As it turns out, Oancea was pretty famous long before her internet debut. A musician from the word go who began playing piano at the age of four, Oancea turned pro right after graduating from a music conservatory in her late teens. She spent her 20s bouncing around a handful of bands in the 1980s, and performed all over Europe.

“It was absolutely wonderful. Romania was kind of a closed country. We missed all those years where the hippies were talking about peace and love,” Oancea said. “The only thing we had were the fashions, but we missed completely everything else. We kept an innocence. I think you can still see it in our faces.” 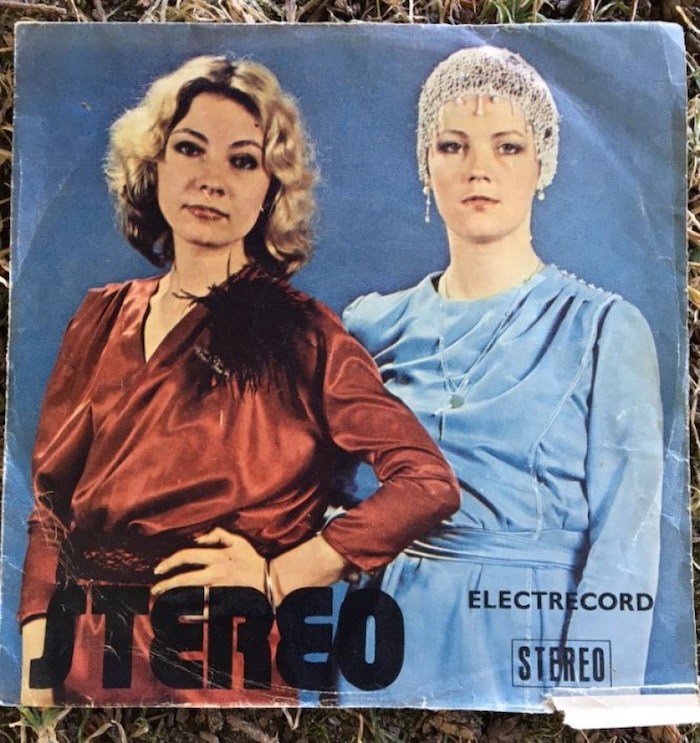 Oancea has been singing professionally since age four.

It wasn’t until Oancea came to Canada in 1990 that there was a brief break from the music world. She worked in a couple East Vancouver restaurants for under a year, before accepting a private music teaching gig in Chilliwack. Already armed with a Master’s degree in music from back home, Oancea attended university in the mid ’90s so she could teach in the public school system. She lived on the North Shore for more than a decade before moving to New Westminster five years ago.

Outside of composing “Vancouver Song,” Oancea has steadily written new music every couple years. “Vancouver Song” has seen a few new iterations since it was first recorded and plans are afoot for yet another version that Oancea hopes will include input from local Indigenous songwriters.

While Oancea’s love for music hasn’t waned, she does see Vancouver through a slightly different lens compared to eight years ago.

The city is getting bigger and less affordable. The opioid crisis is everywhere.

“I was surprised driving through town and seeing so much garbage in the street. I don’t remember the city like that,” she said. “And it’s so expensive to live here.”

That’s not to suggest Oancea’s relationship with her eponymous hit has changed, nor does she have any regrets about the notoriety the video brought upon her.

“It was what it was at that time and I did my best,” she said. “The lyrics were written for people who will grow up in this city. I remember my feelings when I came here. It was wonderful. I’m lucky.”