TransLink is rolling out a special pink wrapped bus for this weekend’s annual Vancouver Pride Parade. 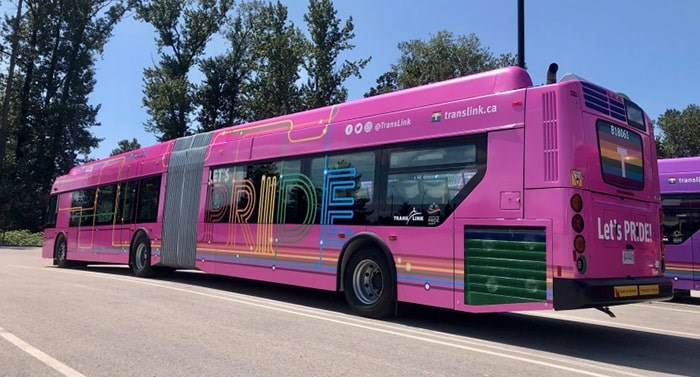 TransLink’s pink Pride bus can be seen on some routes around the city ahead of Sunday’s Pride Parade. Photo courtesy TransLink

Starting today (Thursday) the Pride Bus can be seen in service on some routes around the city and it will also be a part of Sunday’s parade. 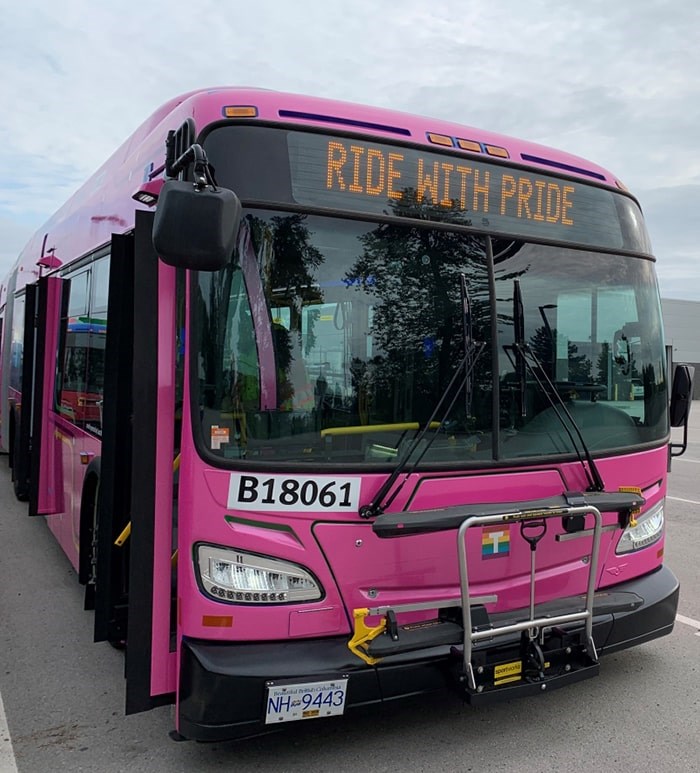 TransLink’s pink Pride bus can be seen on some routes around the city ahead of Sunday’s Pride Parade. Photo courtesy TransLink

The following changes will be in effect on Sunday, Aug. 4:

There will be increased Expo and Millenium Line service between 8:30 a.m. and 3 p.m.

A shuttle service will operate from Waterfront station to help people with mobility issues get to the parade viewing area.

The 40-foot bus will start picking up passengers at Waterfront Station outside the main entrance along Cordova Street at 9:30 a.m. Departure times for the shuttle are scheduled for 9:40, 10:25 and 11:10 a.m. Return shuttles to Waterfront Station will be available from eastbound Beach Avenue at Jervis Street with hourly departures between 4 p.m. and 6 p.m.

Due to street closures on Davies, Thurlow, Alberni, Robson, Denman, Beach and Pacific, the following routes will have adjusted service:

For transit service information on the Pride Weekend, Celebration of Light, sign up for Transit Alerts, follow TransLink on Twitter @TransLink or call Customer Service at 604-953-3333.