What You Must Not Miss: This Week's Top 20 featuring Sam Gellaitry

It's that time of the year again! Seasons Festival is back and badder than ever. One of the stars of the festival, Sam Gellaitry's futuristic genre-bending electro will take you to a whole new world.
0
Apr 10, 2017 12:27 PM By: Do604 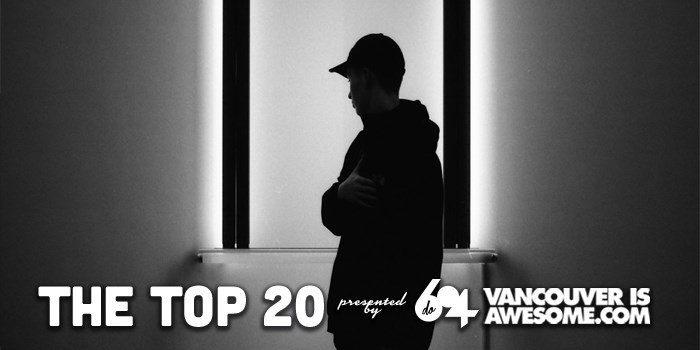 It's that time of the year again! Seasons Festival is back and badder than ever. One of the stars of the festival, Sam Gellaitry's futuristic genre-bending electro will take you to a whole new world.

In addition to Gellaitry, here are the 20 artists (Seasons artists and more!) that you must NOT miss this week in Vancouver, as picked by our city's #knowfun Selectors at Do604.

Subscribe to the playlist, or return back every Monday to hear who's the best of the best playing Vancouver.

Get movin' and groovin' to Chicago's very own mellow yet poppin' rock band with a dash of psychy RnB vibes.

A Boogie Wit da Hoodie at The Rio

It's going to be LIT when A Boogie With Da Hoodie dominates The Rio.

King Gizzard & The Lizard Wizard at The Vogue

Nicolas Jaar at The Vogue

Spitting the fastest and most versatile verses. You definitely won't want to miss Machine Gun Kelly.

Jump on the waves Playboi Carti has created and you'll be vibin' all night.

Unlike Pluto at Monstercat Uncaged at Celebrities #Seasons2017

Fall in love with Unlike Pluto's wicked style when you're dancing all night to his crazy mixes.

Black Magique at Verboden Day 1 at The Astoria

A flawless blend of rap, hiphop, R&B, and indie vibes, she'll keep you moving all night and steal your heart while doing it.

Caught the 90's nostalgia feels? Don't fret! Prozzäk will be blasting you back to the past with their upbeat jams.

Catch your breath, the lineup at Snoop Dogg's Wellness Tour is going to get you high as a kite!

Feel Galantis' boomin' bass pulse through your veins and take you far away from reality.

HOMESHAKE at The Rickshaw

Rad jams that feels like a breath of fresh air on a hot, muggy day. HOMESHAKE will shake things up then leave you wanting more.

Bear Mountain will guide to you a whole new utopian future that's filled with tight drums and lush synth vibes.

The Damned at Commodore

Taking gothic rock to a whole new level with their rapid pace, energetic atmosphere, and attitude.

Skiitour at The Fox

Fusing together everything - from funky to bassline house to epic black-diamond twerk - to bring you a wild time.

Wrekmeister Harmonies at The Cobalt

Hear the gradual decay of lightness fade into darkness with Wrekmeister Harmonies. From lush melodies to crushing howls and heavy doom.

A voice that can be heard across oceans, you'll be mesmerized when you hear her seamlessly fuse jazz, soul, pop, funk and blues.