The wooden roller coaster was ready for the opening of the 1958 PNE Fair and has been providing thrills and rattling nerves ever since.
Jessica Kerr
Aug 10, 2018 10:22 AM

Tim Baldwin has been on more than 1,000 roller coasters in his life, so when he says something’s good you’d better believe it.

Baldwin is the communications director for the American Coaster Enthusiasts. And he is quite the enthusiast, traveling from his home in Texas to Vancouver to ride the Wooden Coaster at Playland more than once. 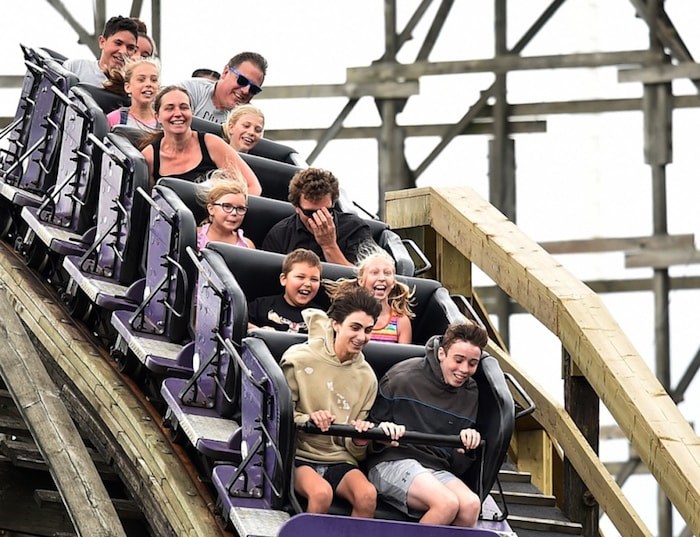 "I think I’ve been there three or four times and every time I go there I’m reminded of how fantastic a ride that is,” he told the Courier in a telephone interview. “I hope the people of Vancouver truly cherish it because they have something really special there.”

The Coaster marks its 60th anniversary this year. Designed by Carl Phare and constructed in 1957 and ’58 by a team led by Walker LeRoy, not everyone was initially convinced the design would work. 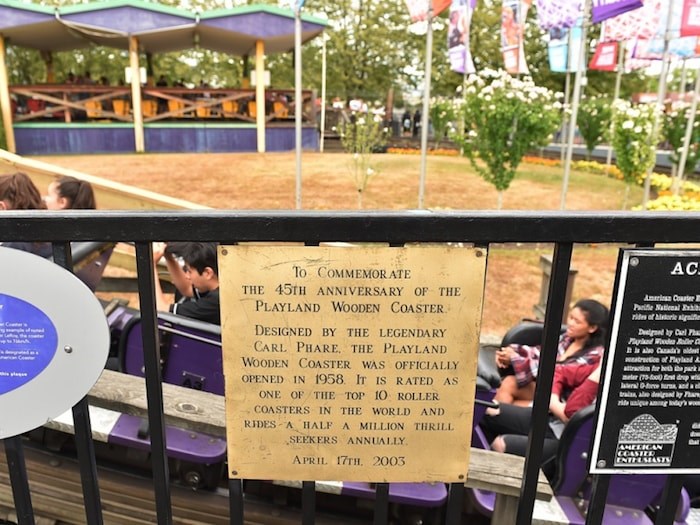 Playland’s Wooden Coaster is celebrating its 60th anniversary this summer. This plaque, posted on a railing near the entrance, marks the 45th anniversary. Photo Dan Toulgoet

As the story goes, in 1958 a group of engineers from the province came out to inspect the nearly completed ride. The experts laughed and told the two men their project would fail. They didn’t believe a roller coaster train would be able to make it around the collection of dips, bends and curves powered only by gravity and momentum after the first hill.

LeRoy bet the group $100 to prove them wrong. He strapped a plank to the wheels of an unfinished train and cranked up the motor, a 1923 75-horsepower electric Westinghouse that still drives the ride today. With nothing but a rope to hold onto, LeRoy set off, somehow managing to stay on the plank for the 90-second ride that can reach speeds of more than 70 kilometres an hour.

The rest is history.

The ride was ready for the opening of the 1958 PNE Fair and has been providing thrills and rattling nerves ever since.

A ride with personality

“I like to think of it as a right of passage growing up in Vancouver, that it’s part of your experience being a Metro Vancouverite,” says Jeff Strickland, vice-president of operations at PNE/Playland.

Over the years, the Coaster has become Playland’s most popular ride. Last year it was ridden 359,152 times.

“The cool thing about this ride is that you can’t buy a ride like this anymore. It’s so — I don’t want to say old — it’s so seasoned and unique that the ride has so much personality that a steel coaster doesn’t give you,” Strickland says.

The weather and the humidity level in the air can affect the speed of the ride. If it’s hot and dry, the trains run faster than on a cooler, wetter day.

“Where you sit on the train gives you a different experience,” he says. “If you’re up front, of course, you have a different vantage point and if you’re at the back of the ride you certainly get whipped around a bit more.”

Baldwin gets excited talking about what sets the Coaster apart from other rides.

“The layout is so neat. A lot of times coasters start out strong and then they lose their speed and die out, and I think this one is strong all the way to the finish,” he says. “The turns keep getting tighter and you continue to get airtime, that’s kind of coaster lingo for negative G forces where you pop out of your seat, and this ride is just loaded with that. It’s just so much fun.”

In 2009, the American Coaster Enthusiasts (ACE) named the Coaster an ACE Roller Coaster Landmark, a designation that is reserved for rides of “historical significance.”

The ride is the only one in Canada to earn the designation and was the first outside of the U.S. The first recipient was named in 2002 and since then a little more than 40 rides have earned an ACE Roller Coaster Landmark plaque.

“With more than 2,000 roller coasters worldwide, that speaks to the specialness of each of these designations,” Baldwin says.

It has also been designated one of the city’s Places that Matter by the Vancouver Heritage Foundation, which aims to highlight and commemorate the people, places and events that have shaped the city.

But what does it take to keep a ride running for six decades?

Every morning, before the park opens, a team carries out a routine inspection of the ride. It takes about two hours and any major issues are addressed before the ride starts running, says Shawn Joinson, manager of Playland maintenance and ride operations, who first started working at the park when he was 15 years old.

The off-season maintenance schedule starts in mid-November and runs until pre-season inspections start in early April. Joinson says there is a team of roughly four to five employees working on the ride in the offseason. 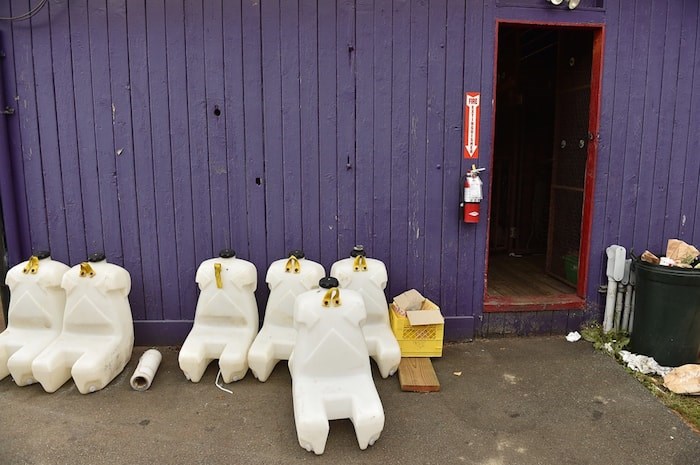 Playland’s Wooden Coaster is marking its 60th anniversary this summer. These dummies are filled with water to mimic human bodies to test the roller coaster before it’s opened to the public. Photo Dan Toulgoet

Over the years, some of the wood and other parts have been replaced, but Joinson estimates about 50 per cent of the ride is still original from 1958, including the massive motor, 82-foot-long leather belt and wheel that pull the train up that first hill.

“They don’t make them like they used to,” he says. 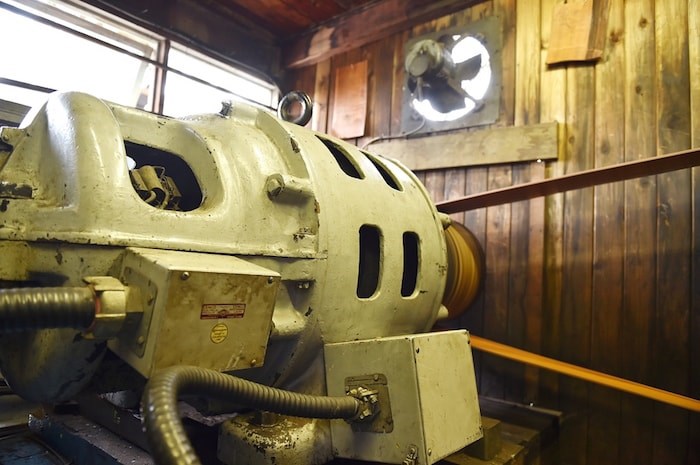 “It’s a timeless ride,” he says. “We have a master plan for this park, for the site, with many rides that we expect to retire and many that we expect to keep for the next 20 or so years. This one is infinite given the way we continue to replace portions that keep it running well.”