Apple pie is pretty fabulous on its own, but when it merges with an ooey, gooey cinnamon bun well, it's time to celebrate.
0
Aug 30, 2019 3:40 PM By: Lindsay William-Ross 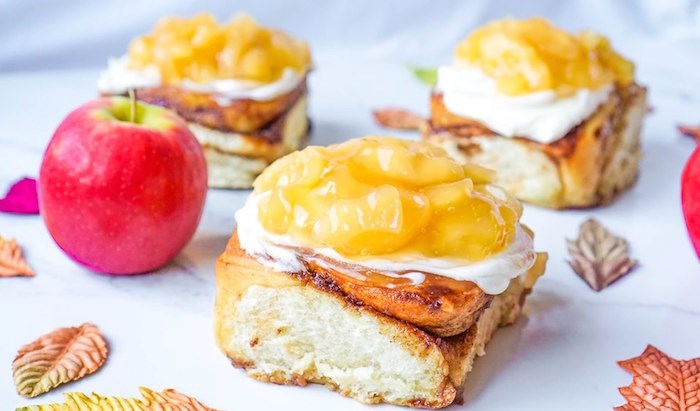 Apple pie is pretty fabulous on its own, but when it merges with an ooey, gooey cinnamon bun (considered the best damn buns in Vancouver), well, it's time to celebrate.

This Labour Day long weekend is the one time of year Grounds For Coffee has their epic Apple Pie Cinnamon Buns - at both locations.

A Facebook page for the event describes it as "a clash of epic deliciousness" as "ooey gooey fresh from the oven buns will be topped with fresh apple pie filling in usual Grounds for Coffee mouth-watering fashion."

Apple pie cinnamon buns will be available at Grounds For Coffee from Friday, August 30 to Monday, September 2.

With files from Melissa Shaw