Richmond - yes, Richmond - is home to the best beer in B.C. 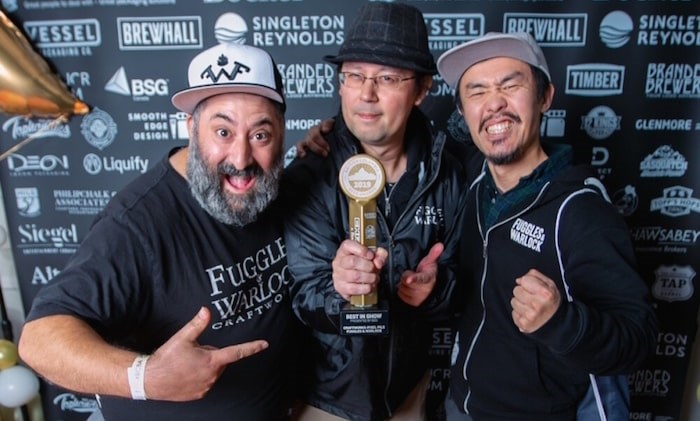 Fuggles and Warlock From the left to right: Tony “Warlock” Iaci, Dan “Fuggles” Colyer, and Daisuke Takahashi at the 2019 BC Beer Awards. Photo courtesy Fuggles & Warlock

Richmond brewery Fuggles & Warlock Craftworks walked out of the 2019 BC Beer Awards with two golds and the Best in B.C. award.

This year saw one of the largest awards ever with 1,185 entries from 122 breweries across the province.

Fuggles & Warlock submitted 10 entries this year for judging and won gold for their Mountain View black Currant Sour in the Specialty Wilde Ale category and gold for their Pixel Pils in the German Pilsner category.

If that wasn’t enough, their Pixel Pils was awarded the Best Beer in B.C.

“Holy cow! We won with Pixel Pils,” was the first thought that went through the mind of Glen Hutton, owner of Fuggles & Warlock. 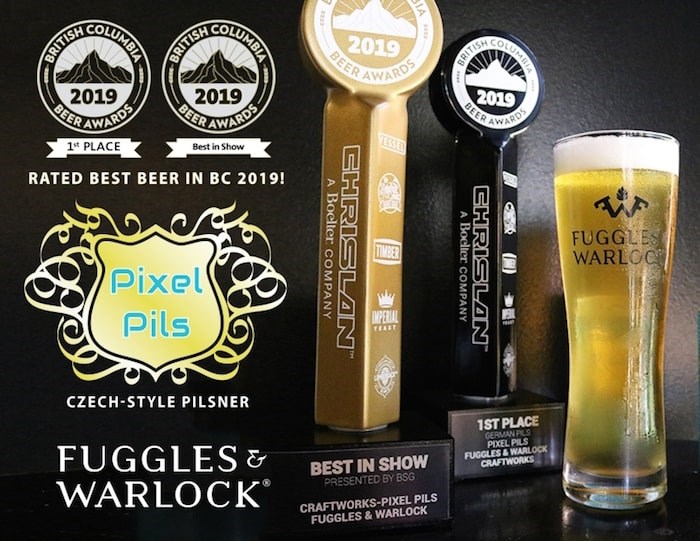 “It is the beer we have been trying to work on for a very long time. It was unreal,” said Hutton, adding that they are proud to say the best beer in the province is brewed in Richmond.

Their award-winning and specialty beers can be found at their tasting room by Ironwood Mall.

The BC Beer Awards is an annual competition with prizes awarded in more than 30 categories. Judging took place over four days by judges from all over North America.