Veteran Vancouver spot among top 50 Italian restaurants in the world

A new guidebook and ranking finds a veteran Vancouver spot named as one of the 50 best Italian restaurants in the world.
0
Oct 21, 2019 2:25 PM By: Lindsay William-Ross 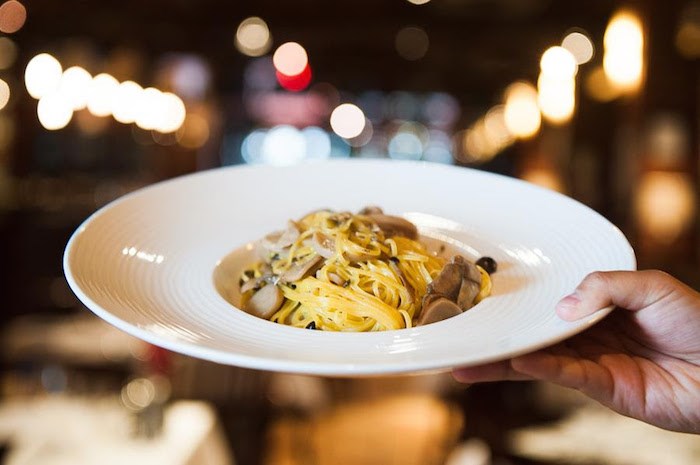 A new guidebook and ranking finds veteran Vancouver Cioppino's named as one of the 50 best Italian restaurants in the world.

The list is called the 50 Top Italy, and it is "the the first ranking which recognizes the Made in Italy brand abroad," according to the publication.

Cioppino’s Mediterranean Grill & Enoteca is ranked number 32 on the list, and is one of two Canadian restaurants included. Toronto's Don Alfonso 1890 claims the esteemed second-place spot on the list that feature's Paris' Passerini in the number one position.

Just what does this ranking mean? Here's the explainer from the provided English translation:

"All of the establishments present in the guide are able to offer, in terms of their cooking, style and authenticity of the products, a slice of Italian culture. But this is not all. Another common and fundamental characteristic is that of possessing a gastronomic philosophy for those who propose [Italian] cooking abroad, which we could define as 2.0. And therefore a cooking with solid roots in tradition, but at the same time open to new horizons, open to the reciprocal contamination that manages to make an intelligent use of the products in the local [territory]."

Evaluations for the ranking were conducted by 350 anonymous inspectors scattered across the globe.

Cioppino's, helmed by Chef/owner Giuseppe "Pino" Posteraro, opened in Yaletown back in 1999. The restaurant remains a favourite for many locals and visitors alike, thanks to its charming, sprawling space, patio, demo kitchen, and reliably good food, including seafood, meat, and pasta dishes.

A sibling list of the 50 Top Italy focuses solely on pizza, and ranks 100 pizzerias each in North America and Europe. Vancouverites should be pleased to know our Nicli Antica Pizzeria was ranked 73rd for 2019; Kelowna's Antico Pizza Napoletana is the other B.C. spot, placing an impressive 14th.