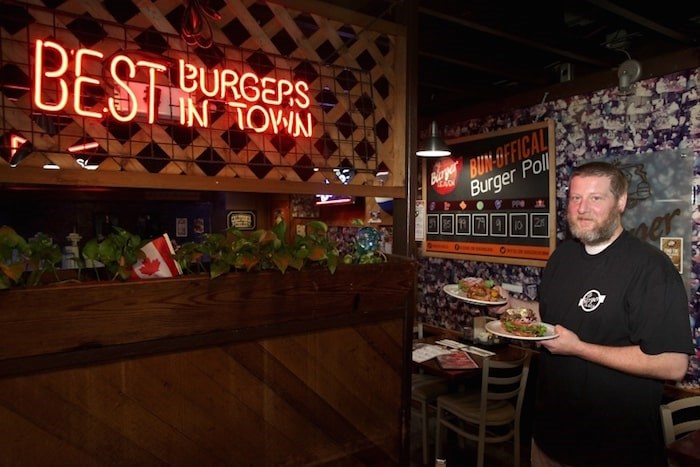 Burger Heaven serves up burger polls as part of municipal, provincial and federal elections. Diners were able to vote with their mouths to determine who they’d like to win the Oct. 21 federal election – and while the results were a bit off, diners still enjoyed a good meal. Photo by Jennifer Gauthier

No matter how you slice it, this year’s burger poll at the Burger Heaven was a bit off the mark.

The New Westminster restaurant holds a bun-official burger poll for every federal, provincial and municipal election. While the results are often quite similar to the real results, this year’s final product deviated from the nationwide and local results.

At the local level, NDP candidate Peter Julian butchered the competition, taking 44.2 per cent of the votes. Unlike the bun-official poll, the Liberals (not the Greens) placed second.