From now until June 8 - World Oceans Day - you can spoon up some seafood chowder in support of the Vancouver Aquarium
May 27, 2020 1:33 PM By: Lindsay William-Ross 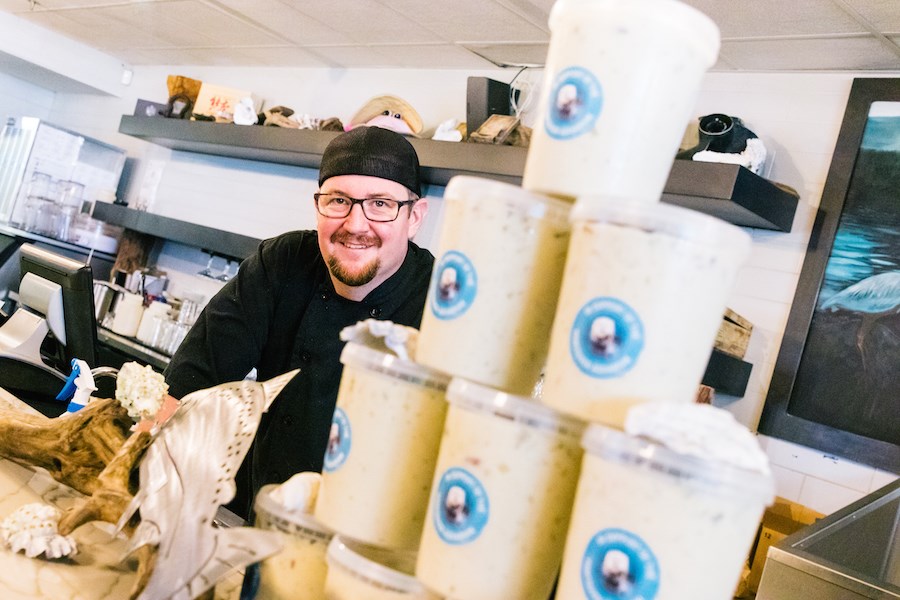 As part of an ongoing rally cry and fundraising efforts in support of the Vancouver Aquarium, a number of prominent Vancouver and B.C. chefs are selling seafood chowders with proceeds going to the struggling venue.

Available at their restaurants and partner locations, the chowders are typically sold in one-litre containers either fresh or frozen and ready to heat and serve.

Launched May 22, and running until June 8 (World Oceans Day), the campaign has already enjoyed tremendous success, with some restaurants reporting they've sold out of fresh batches of the chowder, and more chefs and restaurants coming on board with their chowders this week (we'll update when that info is out).

Chowder and the Vancouver Aquarium go hand-in-hand, when you think about it. Their annual Ocean Wise Chowder Chowdown event in Vancouver and in other Canadian cities is a major draw, with tickets selling out fast each year.

Here are the participating chefs/restaurants so far. Be sure to connect directly with the restaurant to ensure they have the chowder in stock.

Update: More participants have been added!