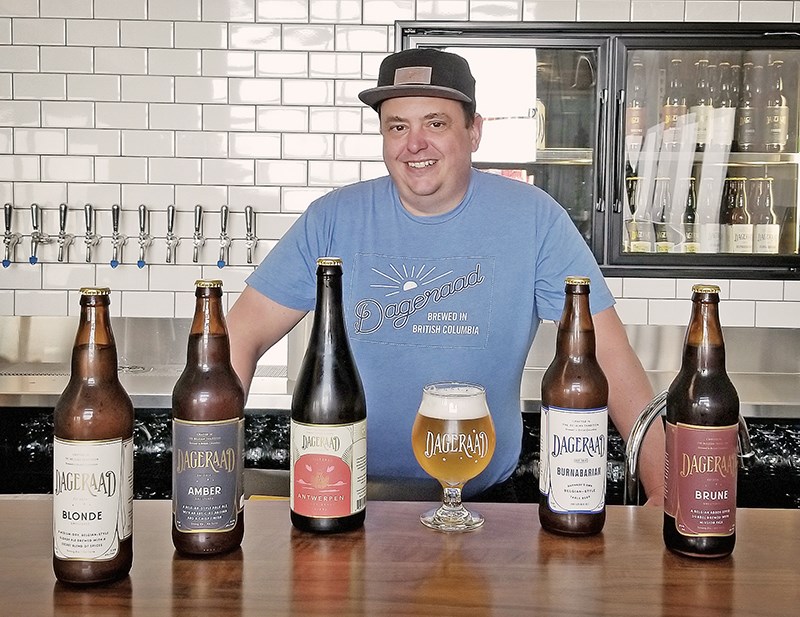 The federal government’s recently announced wage subsidy program will be of little use to many craft breweries struggling due to the COVID-19 (coronavirus) outbreak, according to at least one brewery owner.

Ben Coli, owner of Burnaby’s Dageraad Brewing, says the requirement of a 30% drop in gross revenues in order to qualify will exclude a lot of breweries, since most are growing businesses and have switched to lower margin sales.

“A 30% drop from last year might be more like a 50% drop from what we would have done, which is a huge problem for a brewery that has staffed and leveraged itself for that kind of growth,” he says. While Coli believes some smaller tasting room-focused breweries still selling packaged beer to go may see a big enough drop in sales to qualify, “it’s totally useless for most of us.”

As a result of the closure of all tasting rooms, craft breweries have lost access their highest-margin source of sales: glasses of beer poured from their own taps. While many breweries have scrambled to increase production of canned and bottled beer, those products don’t make breweries very much money.

“We’ve seen a surge in packaged wholesale sales to liquor stores, which is nice, but our percentage profit margin on those is relatively low,” says Coli. “On-premise sales were what was really paying the rent at a lot of breweries.”

While many breweries have managed to partly replace these sales with home delivery services, Coli described them as inefficient, low-margin operations that don’t generate a lot of money for the brewery.

“They are great for keeping staff working… but it doesn’t pay the rent.”

Since high-margin sales have been replaced with low-margin sales, many breweries haven’t seen a large enough drop in gross sales to qualify for the wage subsidy, despite a massive drop profit margin.

However, the situation for the restaurant and bar industry is far more dire.

“My biggest worry about this is what it’s going to do for other industries, particularly for bars and restaurants,” he says. “They’ll qualify for it for sure, but it might not do them any good. If you’ve closed and lost 100% of your revenues, what good is a wage subsidy? Sure, you can give your staff three quarters of their own salary (but none of the tips, which is what they were really working for), but you have zero cash flow. How are you going to pay rent?

According to Restaurants Canada, more than 800,000 foodservice jobs have already been lost nationwide due to COVID-19—about 121,500 just in British Columbia alone—and they might not return if current conditions continue.

“Not only was our industry among the first to feel the impacts of COVID-19, we’ve been one of the hardest hit so far, with nearly two thirds of our workforce now lost,” says Shanna Munro, Restaurants Canada president and CEO. “In our 75 years of existence as Canada’s national foodservice association, these are by far the worst numbers we have ever seen.”

British Columbia’s $15 billion foodservice industry represents 5% of the province’s GDP and is the province’s third-largest private sector employer. If conditions do not improve, Restaurants Canada estimates that B.C. foodservice sales for the second quarter of 2020 will be down more than $3 billion.

Restaurants Canada is lobbying all levels of government to provide business owners with rent relief (including an injunction on evictions), access to working capital and an expansion of the wage subsidy program.

“The government is projecting that this lockdown is going to last at least until the end of June,” says Coli. “Are restaurant owners going to borrow money to pay for three more months of rent and fixed costs so they can maybe, in a best-case scenario, reopen in July? I think many, many of them are just going to go out of business.”

You can now get the ultimate Vancouver S'mores Kit to sweeten your summer
Jun 30, 2020 11:39 AM
Comments
We welcome your feedback and encourage you to share your thoughts. We ask that you be respectful of others and their points of view, refrain from personal attacks and stay on topic. To learn about our commenting policies and how we moderate, please read our Community Guidelines.