A few weeks back I unintentionally sparked the Eggnoff Challenge 2010 through our main Twitter account. What started as an off-the-cuff tweet about me possibly drinking more eggnog in a week than most do all holiday season turned into Amanda McCuaig and I battling it out to see who was in fact the true champion of egg nog consumption in Vancouver.

Spoiler alert: it didn't end up being me. 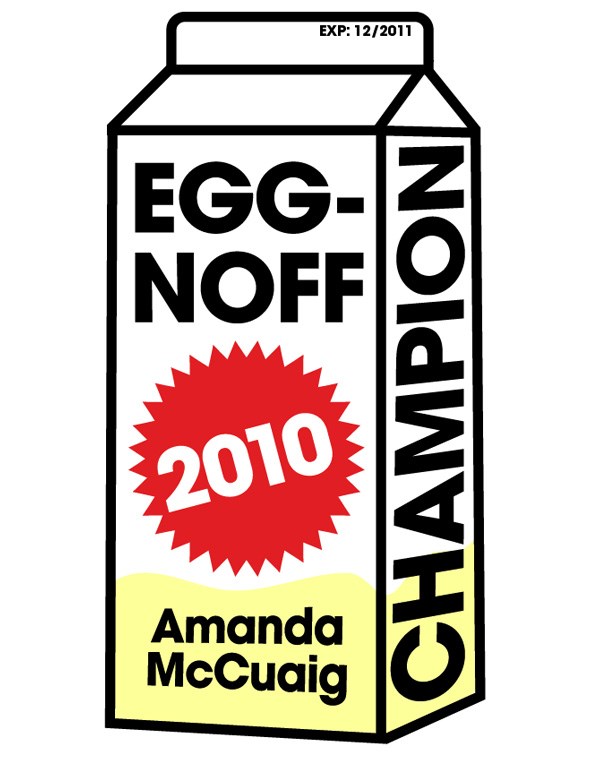 Facebook was the medium in which we kept track of how much nog we each drank, by uploading photographic evidence each time a carton was dusted. Immediate reactions from our friends ranged from "Oh my god, you guys are gross!" to "This is a really bad idea!" to "Why are you doing this to yourselves?" to "Yay! Go Amanda [or Bob]!".

Our strategies were polar opposites. As you can see below, Amanda took a "chug as much as you can as fast as you can" approach that not only made her queasy but it also sent a streak of fear into me as her competitor. 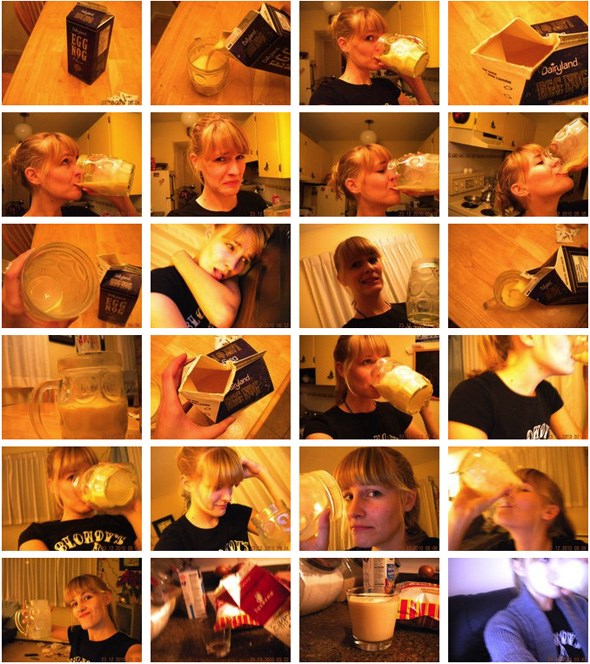 My strategy was "drink eggnog as you normally would and try to psych out Amanda in a tortoise and the hare style manner", as you can see by one of my photos from my wall below. 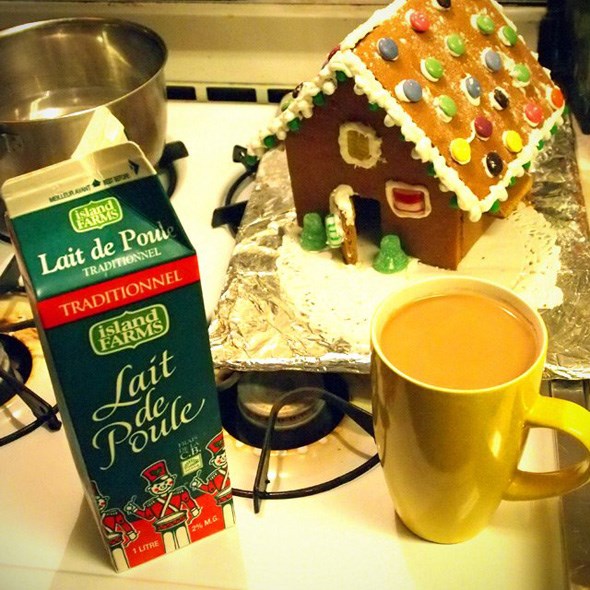 In the end, Amanda took the crown as I had to forfeit a few days into the contest. She had already consumed more than 3 litres and I was only on to my second, and perhaps the thing I feared most was feeling guilty for her putting down gallons of the stuff while I sat at home topping off my coffee with a couple of tablespoons here and there. Okay, I was also scared of puking and then of losing my love for eggnog, and after I saw how serious she was I didn't question that she was much more likely to win.

Regardless of my motivations for forfeiting, I am the loser in the Eggnoff Challenge 2010 and Amanda is the winner. I made two buttons for her and one for myself (on the right) which I was forced to wear in shame! 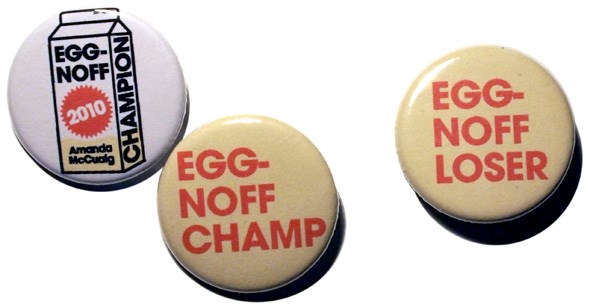 Here's Amanda and her championship pins which she'll be wearing proudly for the next 11 months or so. When next December rolls around her title will expire and she'll have the option to either take on a new challenger and defend it or pass the torch on to two entirely new competitors who will battle it out to become the next Eggnoff Challenge Champion of Vancouver! 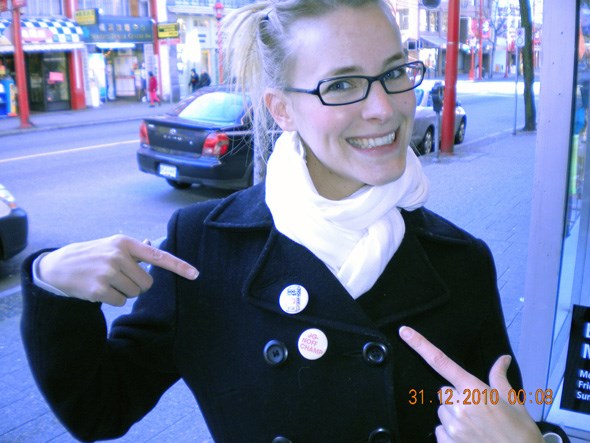