Toss this one into your mix for good eats in Mount Pleasant.

It's been a banner year for the area around 5th and Ontario in Mount Pleasant, as the neighbourhood has grown tremendously with an influx of modern office spaces and exciting retail, in particular cafes and restaurants. One such spot is Field & Social, the Vancouver salad shop that announced they were moving into the 'hood back in April, who have now opened their doors to their third location.

Field & Social has taken up residence at 18 E 5th Ave in the base of the Saje Wellness building, and next door to Tacofino Ocho and Reformation dance studio. 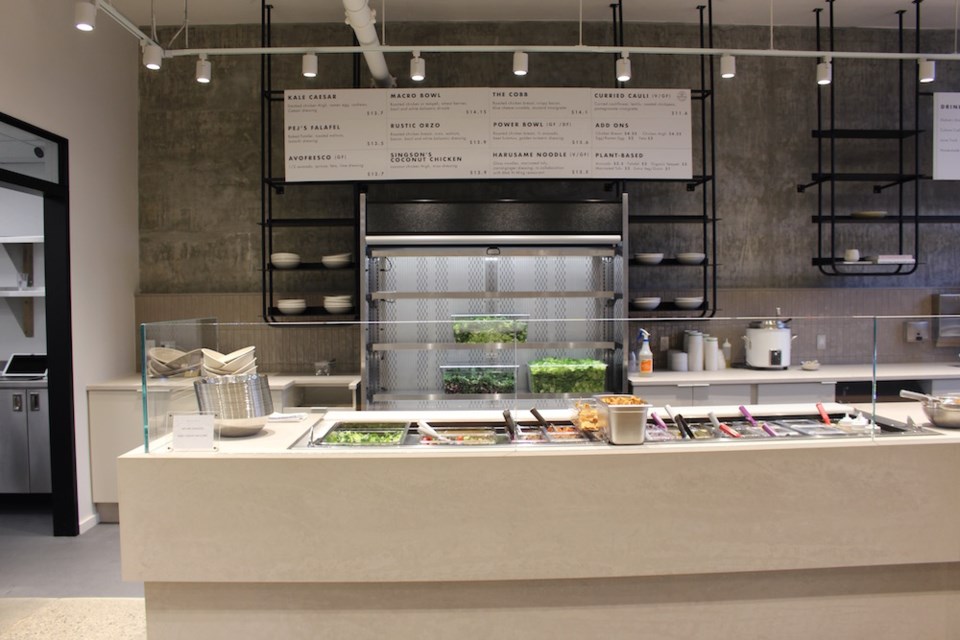 Inside Field & Social in Mount Pleasant. Photo by Lindsay William-Ross/Vancouver Is Awesome

Their first official day of business was Monday, Dec. 16, however they did have a couple of "soft open" days ahead of that to get things going.

Field & Social is known for their set menu of salads that focus on nutrition, quality ingredients, and supporting local growers. There are a dozen salads on the menu to choose from, which can be tweaked with the addition of select proteins, like chicken or tempeh, or items like a ramen egg. Vegan, vegetarian, and gluten-free options abound, and the restaurant also has a cold case with grab-and go items like fruit salad cups and sweet treats like power balls for a little extra something. 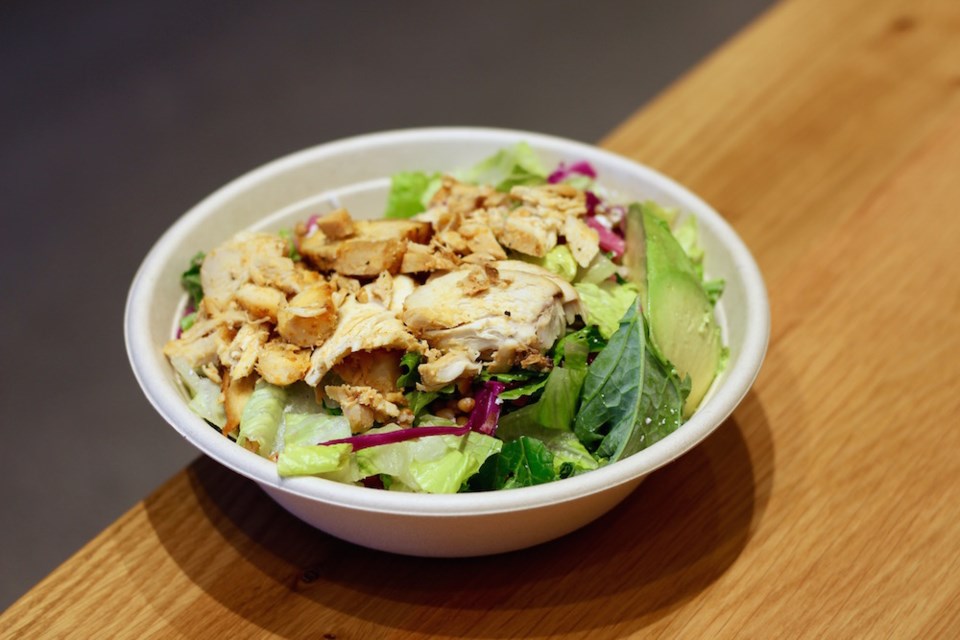 The Macro Bowl, packed to go. Photo by Lindsay William-Ross/Vancouver Is Awesome
The industrial-modern space features some seating at communal tables, as well as the option to take your salad to go in their compostable and recyclable takeout containers. The space is aesthetically in tune with their Dunsmuir flagship, which launched in late 2015. Field & Social expanded to add their second location, at the Royal Centre in downtown Vancouver, in early 2019.

Another thing the locations have in common is that they are all cashless. Co-owner Barbora Samieian explains that this came about around a year ago after a couple of break-ins at the Dunsmuir location, and has been a policy they've now extended across all their stores. Samieian says the policy has had positive feedback from customers and staff - the latter who are also now not having to risk the safety of making cash drops at the bank. 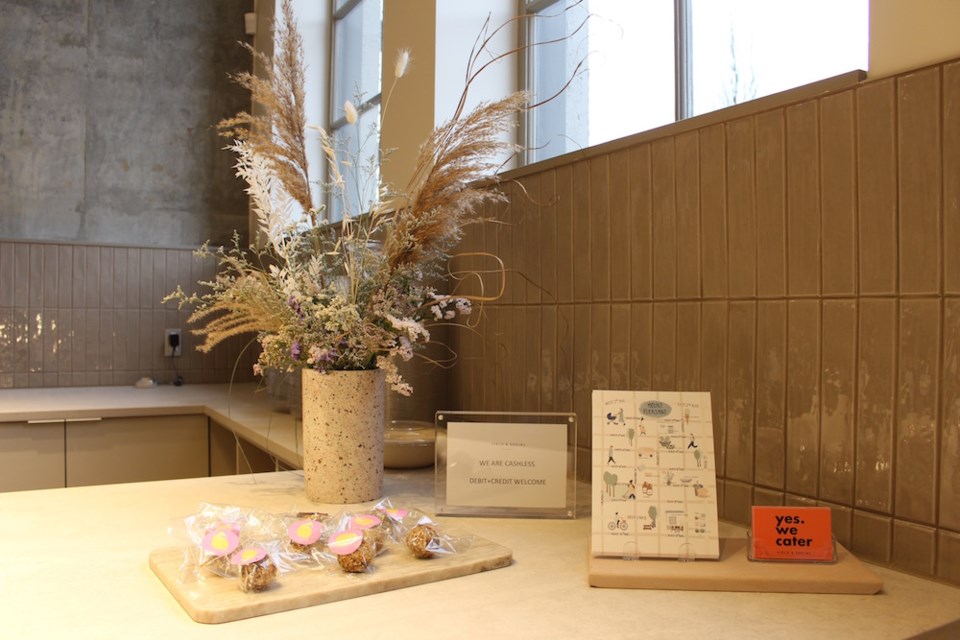 Field and Social is a cashless business. They also support neighbourhood businesses, for example the flowers are from The Wild Bunch nearby. Photo by Lindsay William-Ross/Vancouver Is Awesome

At the Mount Pleasant Field & Social you can see a true appreciation for the neighbourhood, like in the flowers at the front counter that are from local florist The Wild Bunch. The neighbourhood is celebrated in a frame-worthy postcard map drawn by artist Renske Werner that highlights a few of their fellow local independent businesses, too.

During their first week of business, they will be donating $1 of every salad sold to Mealshare. 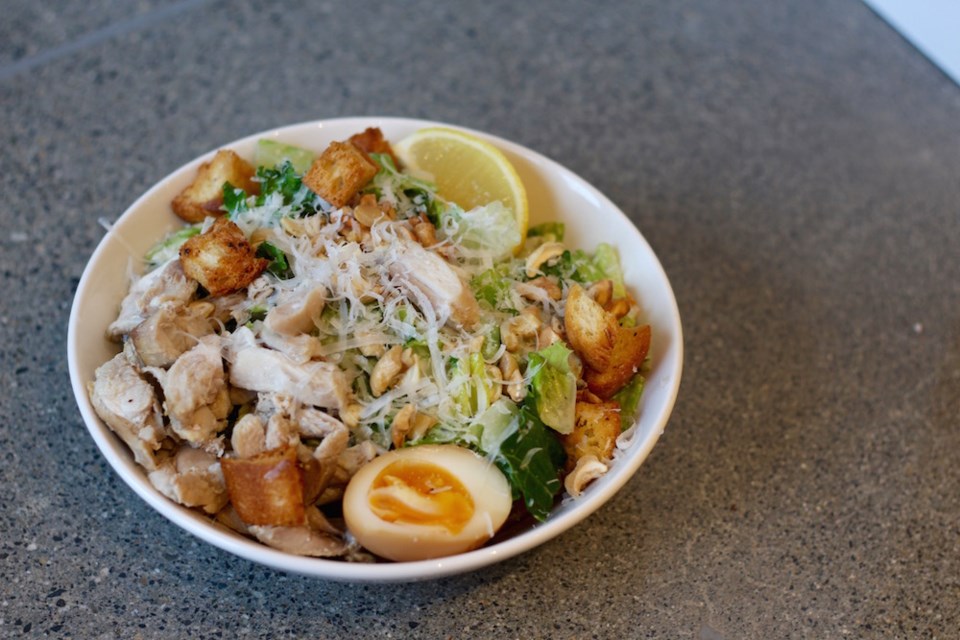 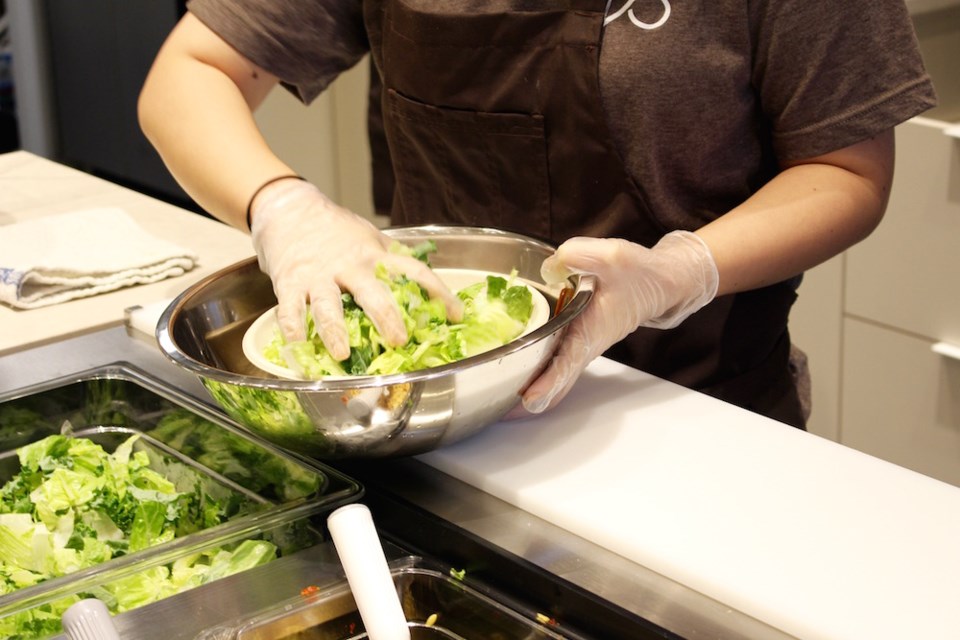 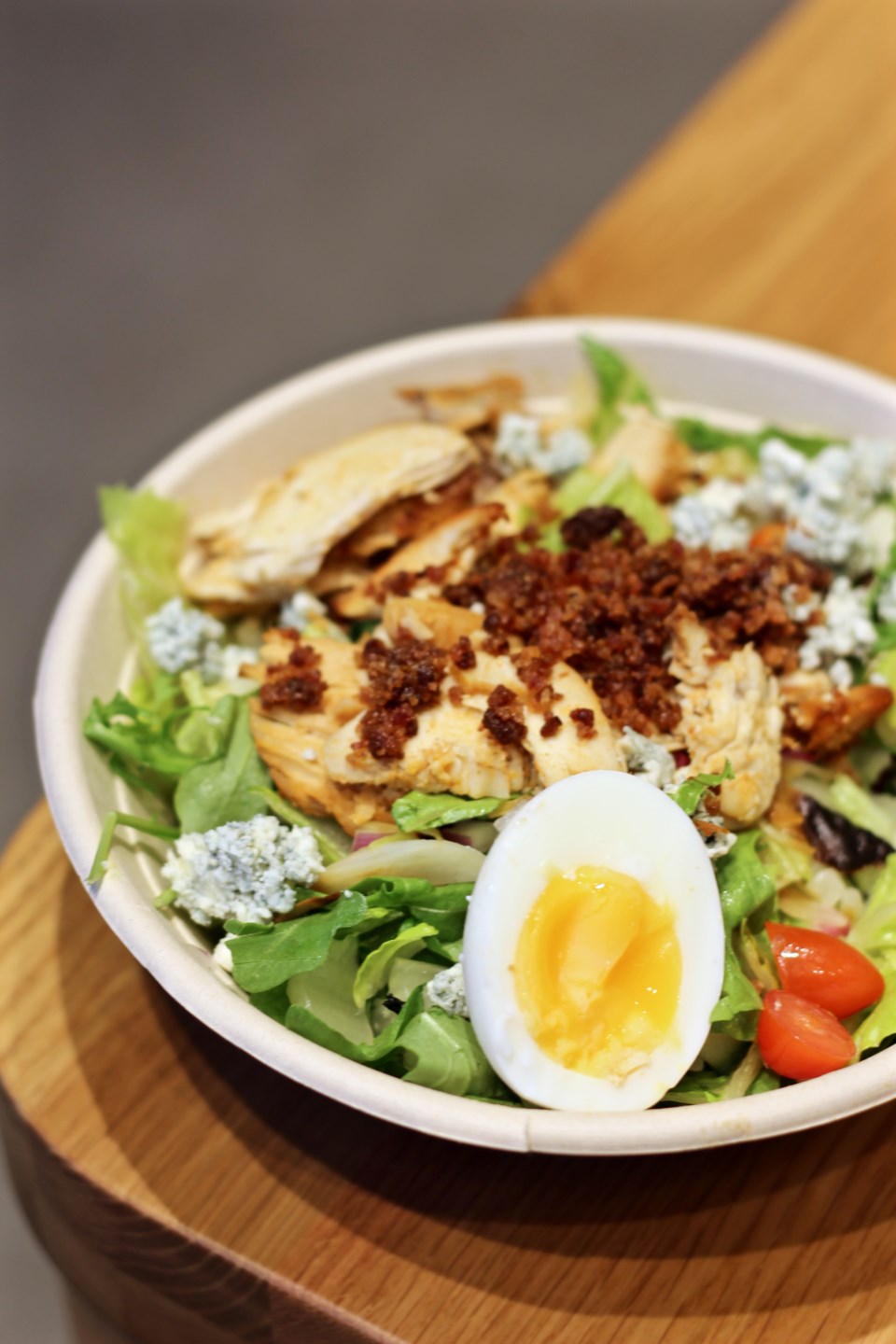 The Field Cobb. Photo by Lindsay William-Ross/Vancouver Is Awesome 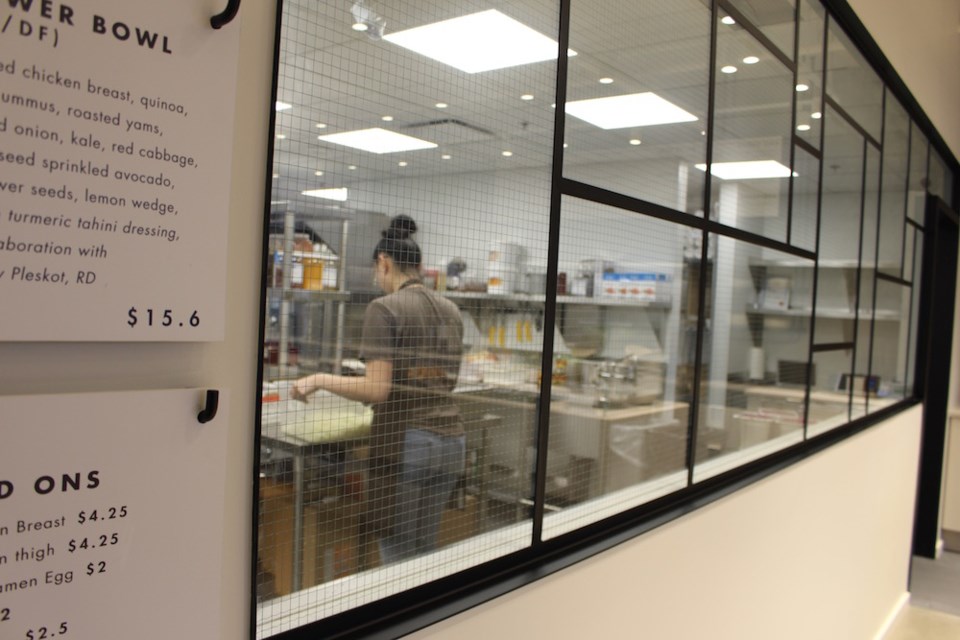 You can watch the work in the prep kitchen through a massive window. Photo by Lindsay William-Ross/Vancouver Is Awesome 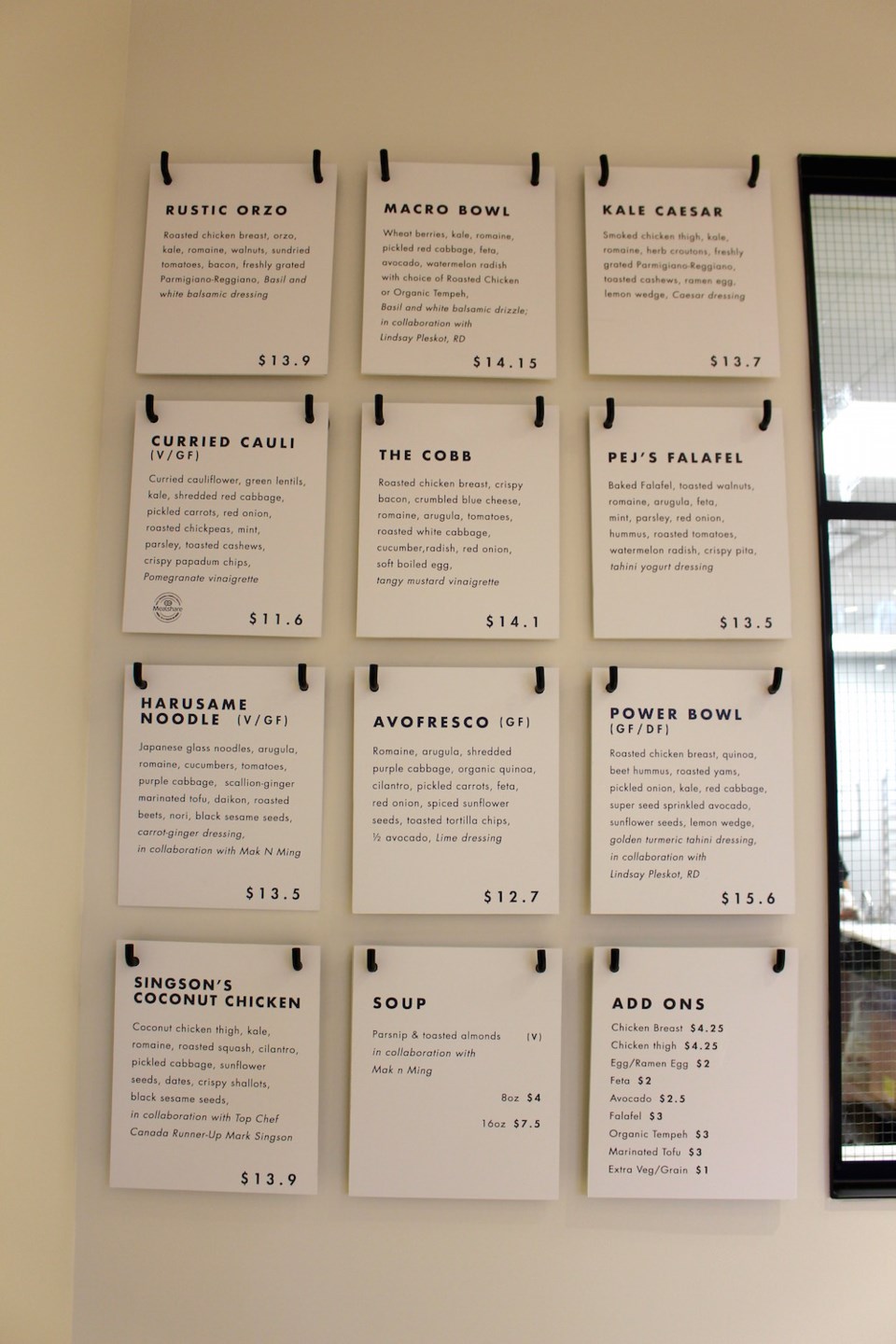 The menu board. Photo by Lindsay William-Ross/Vancouver Is Awesome

City of Vancouver targeting takeout waste with ban of foam containers
Dec 16, 2019 6:10 AM