The doors aren't even open at Jollibee's first B.C. location but we're learning about plans to build another one in the region.

We're still waiting for the doors to open at B.C.'s first outpost of Jollibee, the "McDonald's of the Philippines," that has been in the works in Downtown Vancouver for over a year now, but the beloved global fast food chain is already prepping its second location in the region.

Jollibee Canada will be helping boost the profile of 72nd Ave in Surrey at the Strawberry Hill shopping centre, according to a Planning & Development Report for the City of Surrey dated Dec. 21, 2020. The new 3,347 square foot build will go in at 12101 72nd Ave at the mall property owned by RioCan, and will feature a contemporary design by Vancouver's WA Architects. Plans indicate there will be an L-shaped patio area on the property as well, for outdoor dining.

There are over 1,200 Jollibee franchises world-wide, including in Southeast Asia, Hong Kong, the Middle East, North America, and Italy. The brand first arrived in Canada in 2016 in their headquarters city of Winnipeg; now Jollibee operates locations in Toronto and the Greater Toronto Area; Calgary; Edmonton; and Regina.

Beloved for their spaghetti, crispy chicken, burgers, and peach mango pies, Jollibee is all about American-style fast food fused with Filipino flavours and influences. Their menu includes items with cult followings like the Yumburger and Chicken Joy, and their spaghetti features a sweeter Americanized tomato sauce with sliced hot dogs and cheese on top. 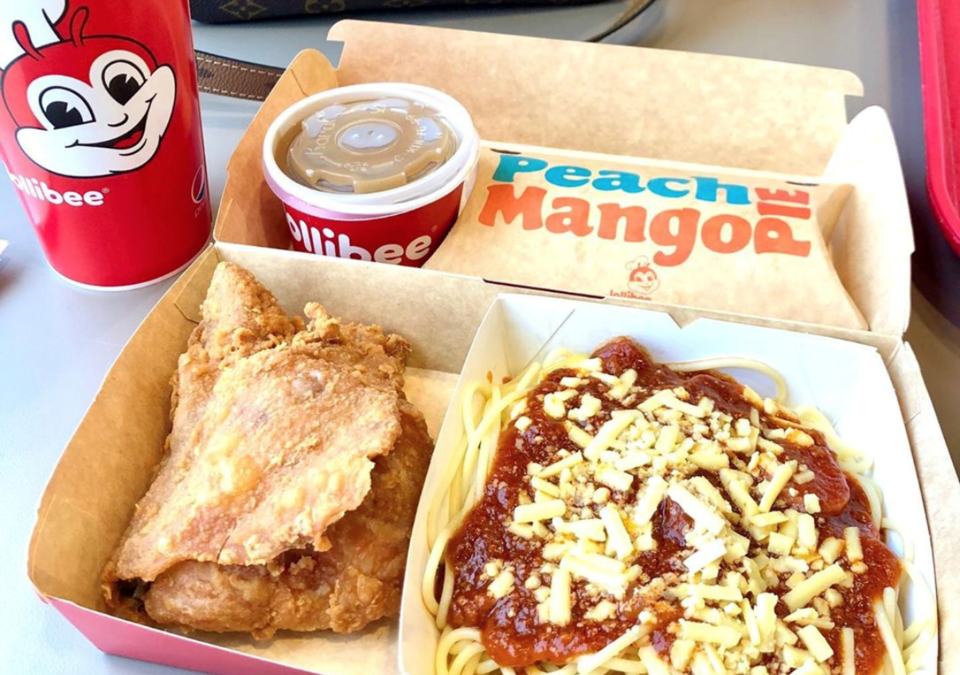 Jollibee is known for their Filipino-American fast food. Photo: @maix_inlvoe/Instagram

Jollibee's Vancouver location in the Granville entertainment strip at 833 Granville has been in the hiring stages since early-March 2020, however its launch has been delayed by several months. Currently no opening date has been set, and Jollibee has not responded to requests from V.I.A. for information.

At this time, with a full build-out still ahead for Jollibee Surrey, there is no target opening for the fast food chain's second planned Metro Vancouver location either.

We'll update more if and when more info becomes available.